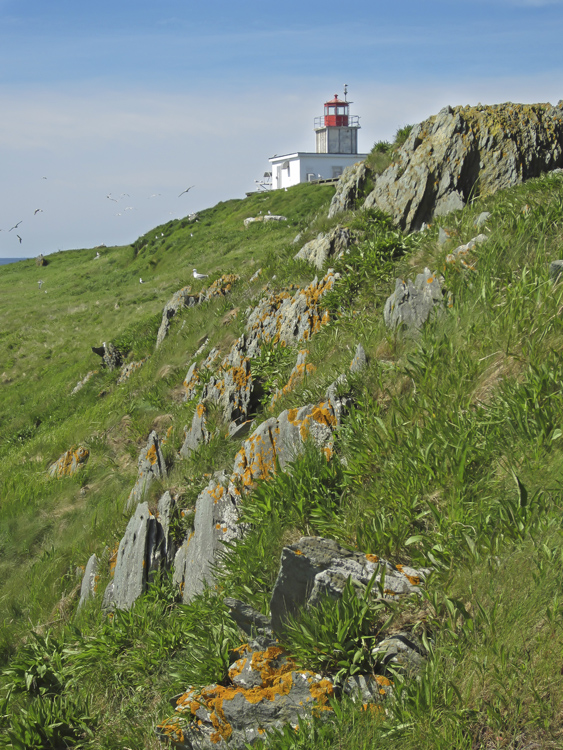 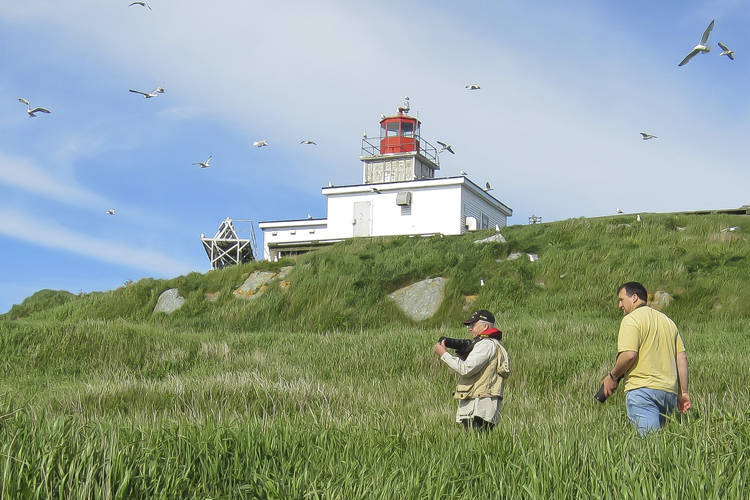 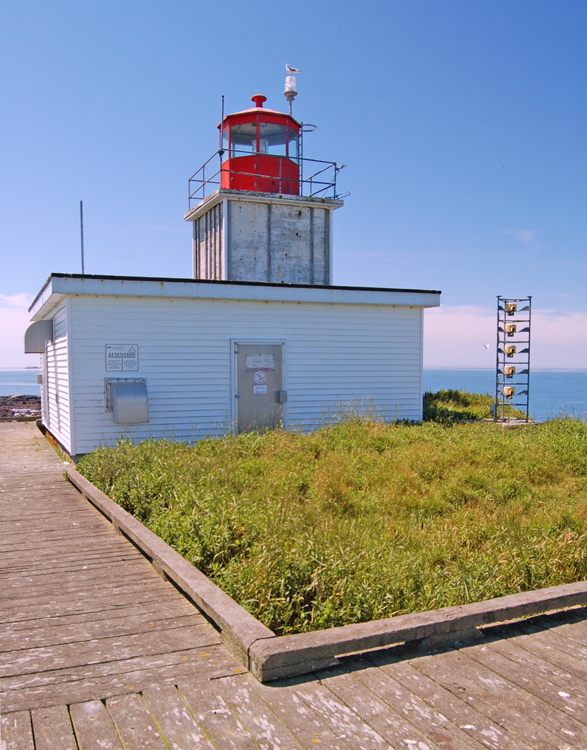 Nova Scotia is blessed with an abundance of islands, especially along its rocky, Atlantic shoreline. As they number more than 3,800, it isnt surprising that some islands have the same name. There are currently two Green Island Lighthouses in the province, one off Yarmouth and one near Isle Madame, but there could be four, if the names of islands hadnt changed over the years. Both Country Island, near Port Bickerton, and Pearl Island, near the line separating Mahone Bay and Margarets Bay, were called Green Island when lighthouses were first established on them. Green Island off Yarmouth is somewhat unique as it started as a fog alarm station in 1919, and a light was not added until 1964. An exposed ledge extends nearly 800 metres south of Green Island, and other dangers lie hidden beneath the water for another 800 metres or so.

When the fog alarm was established in 1919, it was noted as temporary in nature and initially consisted of fog bombs that were exploded every fifteen minutes during limited visibility and every five minutes when a vessels signal was hear in dangerous proximity to the station. A dwelling was built on the island, and S.M. Hagen served as the first keeper. J. Landry replaced Hagen in 1920 and went on to serve for fifteen years on Green Island.

Interestingly, Green Island on the St. Lawrence River was another station where fog bombs were used. The mechanism there consisted of a counterweighted pole placed atop a metal tripod on top of a fog bomb shed, and it is likely a similar contraption was used on Green Island off Yarmouth. The keeper would use a rope to lower the outer end of the pole, to which he would affix an explosive guncotton charge. A fuse in the charge was connected to a wire that ran along the pole to an electric detonator in the fog bomb shed.

In 1936, the fog alarm on Green Island was changed from fog bombs to an acetylene gun that gave one report every two minutes. A lighthouse was added to the island in 1964, in the form of a square tower connected to the corner of a square, one-storey building. When the station was de-staffed in 1981, the two dwellings on the island were offered to anyone interested in removing them from the island. After no interested buyer was found, the Royal Canadian Mounted Police was allowed to use the structures for training their emergency response and demolition teams. An addition was made to the lighthouse for the batteries that store the electricity generated by the islands solar panels. This current is used to power a light and foghorn.

In March 2014, the Coast Guard removed the lantern room from Green Island Lighthouse and erected a metal tower nearby to support a new light.

For a larger map of Green Island (Chebogue Point) Lighthouse, click the lighthouse in the above map.