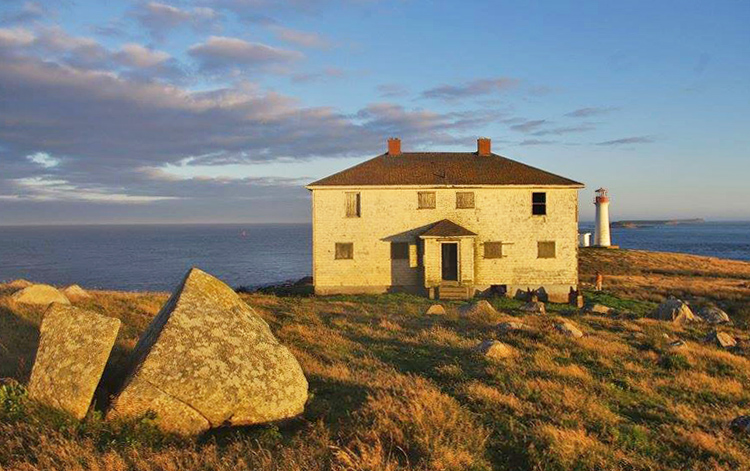 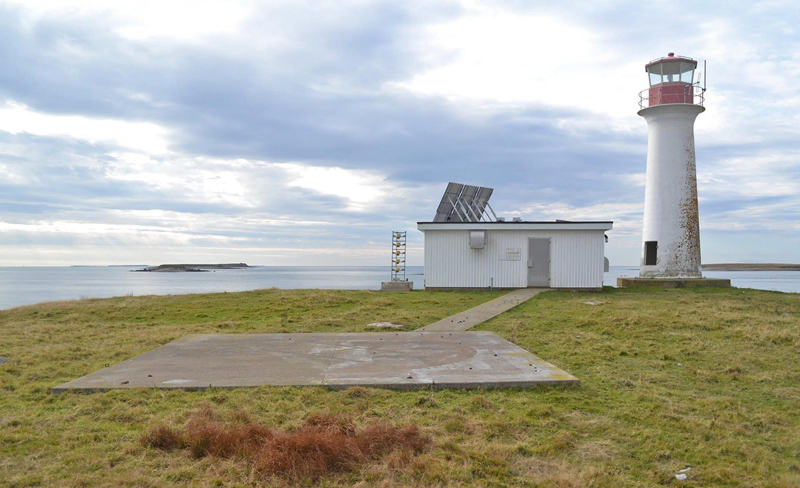 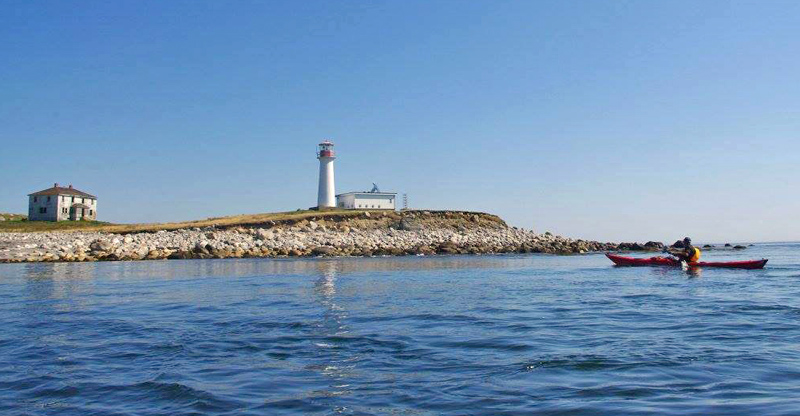 Tusket, a named that is applied to a town, a river, a waterfall, and a group of islands in southern Nova Scotia, is derived from the Mikmaq Tukseit or Neketaouksit, meaning a great forked tidal river. The name Tusket was first applied to Tusket River, which indeed has several branches and flows through a series of lakes before becoming a tidal estuary near its mouth. The Tusket Islands are a group of islands situated on the west side of the entrance to Tusket River. Big Tusket Island is by far the largest of the islands that number around thirty. Two channels, Schooner Passage and Ellenwoods Passage, lead through the Tusket Islands, and a lighthouse was built on Peases Island in 1879 to mark the southern entrance to these thoroughfares. The Department of Marine provided the following information on the lighthouse shortly after it was completed:

A Lighthouse has also been erected on Peases Island, one of the Tusket Islands, Yarmouth County, and put in operation in September last. The main or sea Light is revolving catoptric in its character, and shows alternately red and white, each color visible for 15 seconds, with intervals of 45 seconds between the flashes. It is elevated 56 feet above high water, and should be seen 12 miles from all points of approach in clear weather. A fixed red catoptric light is also shown from a window in the tower, 16 feet below the main Light, and is intended to mark the dangers known as the Old Man and the Old Woman Rocks; it is visible 4 miles.

The tower is a square wooden building, 42 feet high, with keeper's dwelling attached. The contract for this Lighthouse was awarded to Mr. Israel Chute of Brookville, Digby, for the sum of $1,848, andthe sum of $3,117.07 was expended on the work and lighting apparatus.

Thomas Baker was appointed the first keeper of Peases Island Lighthouse at an annual salary of $250. In 1884, Keeper Baker was given a Pilleys mechanincal hand fog alarm that he was required to use in response to ships signals during periods of poor visibility.

In 1914, a quadruple-flash, long-focus reflector was installed in the lantern room, changing the characteristic of Peases Island Lighthouse to a fixed light of ten seconds intensified by four flashes followed by a ten-second eclipse. Keeper Baker left Peases Island the following year, after thirty-six years of service, and William Robbins took over as keeper.

In the early 1960s, a new lighthouse was built on Peases Island consisting of a square, one-storey, flat-roofed building with a square tower rising from one of its corners. A two-storey duplex was also built at the same time to house the head keeper and his assistant.

The station was de-staffed in 1986, and now the only residents on the island are a flock of sheep. In 1992, the tower was removed from the one-storey lighthouse, and a free-standing fibreglass tower was placed nearby to exhibit a solar-powered light that emitted a white flash every six seconds. The lantern room from the tower that was torn down was transferred to Grindstone Island Lighthouse in New Brunswick.

The sheep used the interior of the keepers duplex as shelter for several years, but this came to an end in early 2018, when the Coast Guard burned the structure, which had become a hazard. The one-storey building near the fibreglass tower has also been taken down.

For a larger map of Peases Island Lighthouse, click the lighthouse in the above map.