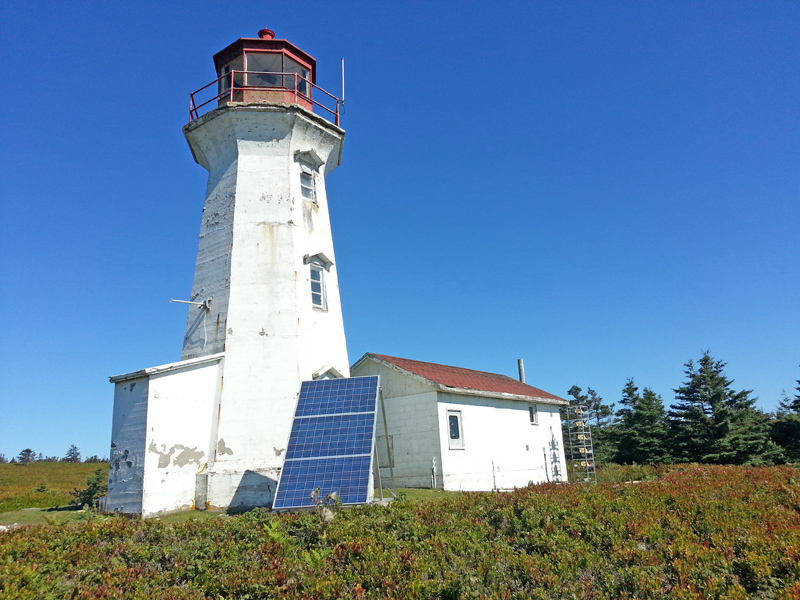 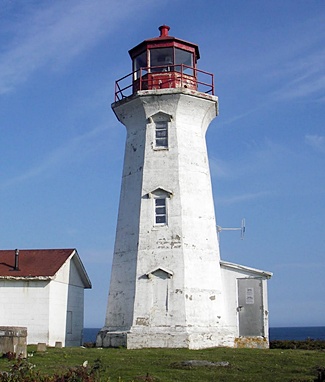 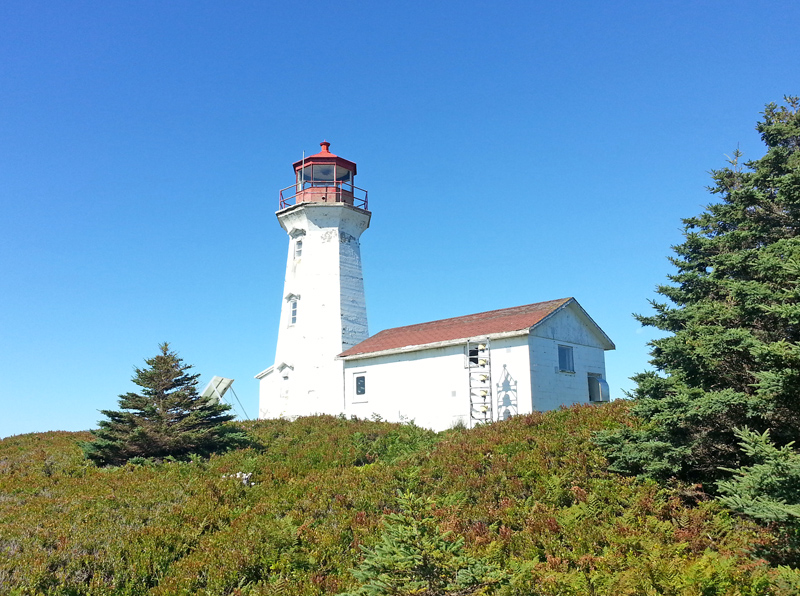 Cape Negro Island consists of two lobes, known locally as North Island and South Island, that are linked together by a narrow strip of land. James D. Coffin was contracted to build the first lighthouse on the northeast side of South Island for $970, while $429.26 was expended for its lamps and revolving lighting apparatus. The Department of Marine provided the following description of the newly completed square, wooden lighthouse, which had a height of twenty-nine feet, in its annual report for 1872:

A minor revolving light was recently erected on Negro Island, at the entrance of Negro harbour, County of Shelburne. It shows red and white flashes alternately every minute, and should be seen at a distance of 12 miles. It has one circular burner lamp to each of two faces, with 20-inch reflectors to each lamp, and was first exhibited on the 6th September, 1872. Mr. James McKinnon was appointed keeper at a salary of $100 per annum.

Two years after the lighthouse was built, the Department of Marine decided the structure was too small to serve as a dwelling, and $600 was provided to erect a detached accommodation for Keeper McKinnon.

The lighthouse was found in such an advanced state of decay in 1886 that repairs were deemed impossible and plans for a new lighthouse were prepared. A $975 tender to build the tower from a Mr. DeChamp was accepted, and work began on the island in 1886. The new lighthouse, a forty-four-foot-tall, wooden, octagonal tower, was connected to the east end of the keepers dwelling, and the revolving apparatus from the old one was used in its lantern room.

In 1915, it was decided that navigation would be better served by a lighthouse on the southeast end of South Island rather than the northeast tip, and D.C. Mulhall was contracted to erect the current lighthouse at a cost of $11,200. Built of reinforced concrete, the octagonal tower stands forty-two feet tall and has a focal plane of ninety-one feet above the water. A wooden keepers dwelling and a combined boathouse and oil store were also built to accompany the lighthouse.

Cape Negro Island Lighthouse was listed on the Canadian Register of Historic Places in 2009 because of its historical associations, and its architectural and environmental values. The Heritage Character Statement for the lighthouse noted:

The lighthouse is significant for the community because of its association with the Perry Family. Freeland Perry, fisherman and the islands barber, was the light keeper between 1916 and 1943. His son-in-law, Harry Perry, one of the two violin players for the island dances, served as the light keeper between 1943 and 1963. The lighthouse is also a very good example to illustrate a significant phase of the community. It was built in response to the changes of technologies that permitted fisherman to travel further to the fishing grounds. The coastal marine traffic increased and, for safety reasons, there was a need for a coastal light that could be visible to vessels approaching Negro Harbour from both the east and the west, hence the new location at the seaward extremity of the island.

For a larger map of Cape Negro Island Lighthouse, click the lighthouse in the above map.