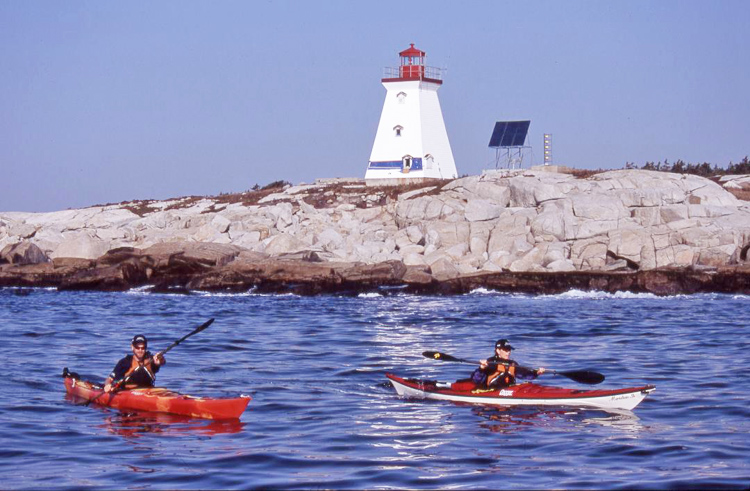 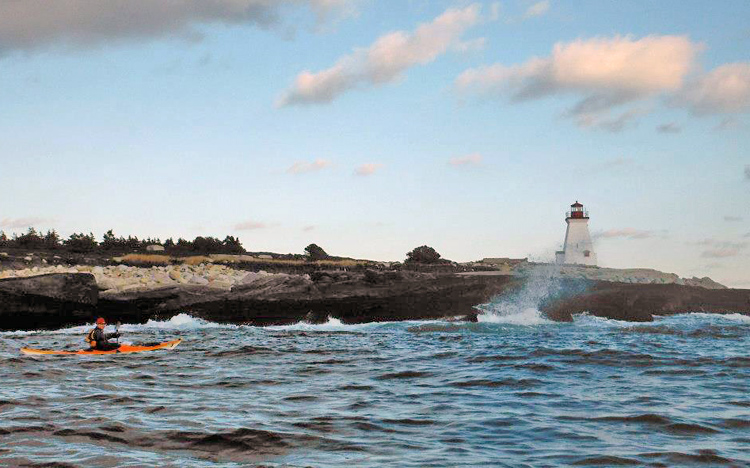 Betty Island is located two-and-a-half kilometres southeast of the village of Prospect and is reportedly named after the first child born on the small island. In the late 1700s, Samuel White landed at a cove on the east side of the island with his pregnant wife and a young son. Before Samuel could finish a cabin built, his wife delivered a baby girl in a lean-to they had built using their overturned boat. The couple named their child Elizabeth but called her Betty.

On March 20, 1873, RMS Atlantic departed Liverpool bound for New York City with 952 people aboard, 835 of whom were passengers. Heavy seas and strong headwinds slowed the ships progress, leading Captain Williams to decide to divert to Halifax to take on more coal for the ships boilers. Very few members of the crew had ever called at Halifax. During the approach to the harbour on the night of March 31, the crew failed to spot Sambro Lighthouse and ended up several miles to the west. The helmsman, one crew member familiar with Halifax, became concerned that something was wrong, but his concerns were ignored by the officers on duty. At 3:15 a.m. on April 1, 1873, Atlantic struck an underwater rock off Marrs Island, just west of Betty Island.

The crew lowered the ships ten lifeboats, but they were all smashed or washed away as the ship quickly filled with water and started to list. Those aboard Atlantic were forced to climb down ropes to a wave-swept rock or swim to reach the rocky shore. All 156 women and all but one of the 189 children on board perished. A death toll of 535 made the wreck the worst civilian loss of life in the North Atlantic until the wreck of La Bourgogne twenty-five years later.

In its annual report for 1875, the Department of Marine provided information on its newly constructed Betty Island Lighthouse, erected to help guide mariners to Prospect Bay and prevent another accident like the Atlantic:

A new light-house has been erected on Brig Point, on the southern extremity of Bettys Island near Prospect, in the County of Halifax. The building consists of a tower painted white with two horizontal red bands, to which is attached a keepers dwelling, in the rear of which is a shed covering a brick cistern or reservoir. The lantern is of iron 9 ½ feet in diameter, and having eight sides glazed with plate-glass 30 x 60 inches. The light is a revolving red, attaining its greatest brilliancy every two minutes, and is elevated 75 feet above the level of high water. It is visible from all points of approach, and in clear weather should be seen at a distance of about fourteen miles. The illuminating apparatus is catoptric, and consists of six circular iron lamps with 20-inch reflectors. This is a coast light, and is but a short distance from the place where the steamship Atlantic was lost in 1873. Besides the main building, an oil store has been constructed, and a fence built closing the light-house property.

The landing is a considerable distance from the light, and it will probably be necessary to build a small store there to receive the oil and supplies which can afterwards removed to the station. It is proposed to exhibit this light on the 1st of December, 1875. The contract for the building was awarded to Mr. Baker for the sum of $2,750, and Mr. Patrick Christian, sen., was appointed keeper, at an annual salary of $500

In 1876, the Department of Marine noted: The lighthouse at Betty Island, near Halifax, has been fully completed, and the sum of $1,153.31 expended on it during the past fiscal year, making the total cost of this lighthouse amount to $6,153.97.

Patrick Christian was in charge of the light until 1899, and other members of the Christian family then looked after it until 1921, when Jack W. Clancey was appointed keeper. In 1939, near the end of Keeper Clanceys service, a new lighthouse was built roughly thirty metres west of the original one. The second Betty Island Lighthouse consisted of a square, two-story dwelling whose hipped roof was topped by a square lantern room.

In 1981, Blunden Construction Ltd. Of Halifax built the third Betty Island Lighthouse, which is a square, wooden tower with sloping sides and topped by a metal lantern room. This tower housed just the light and the necessary equipment to run it, and the previous lighthouse was retained as a dwelling. The station was automated in 1983, and the last keepers left the island. The lighthouse built in 1939 was burned down on December 19, 1986.

For a larger map of Betty Island Lighthouse, click the lighthouse in the above map.