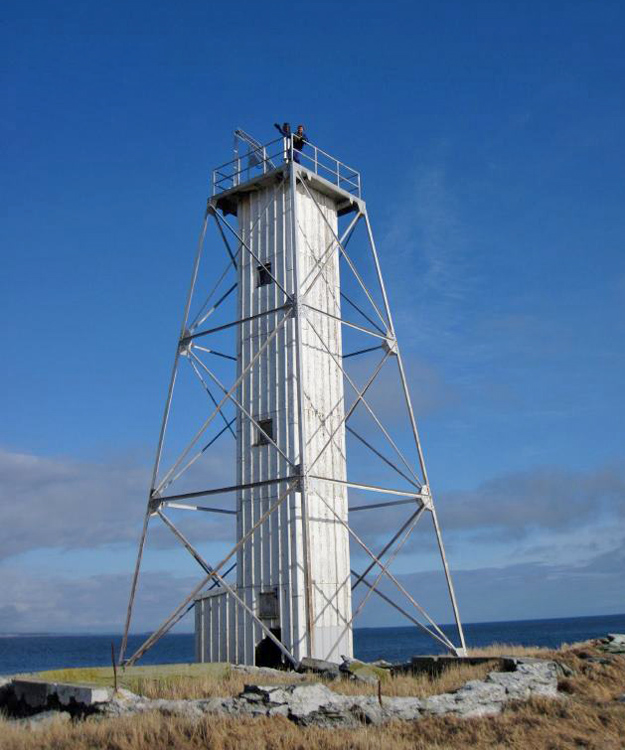 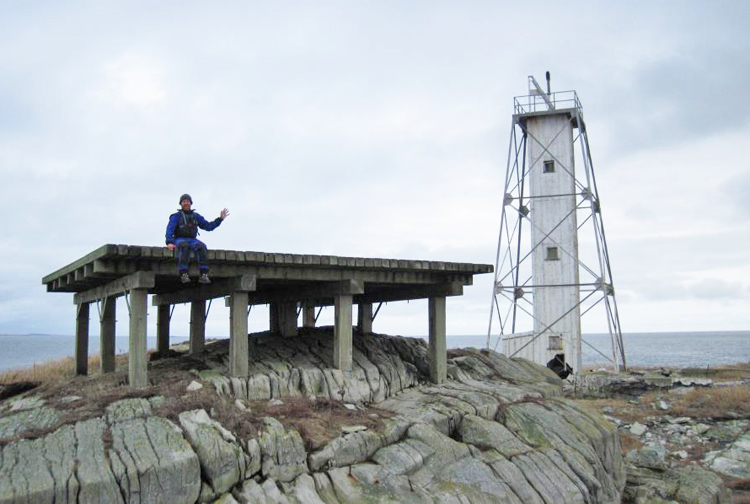 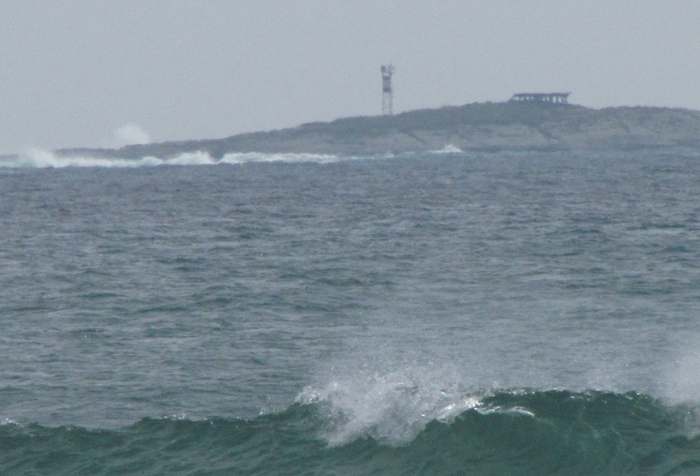 Jeddore is a community roughly forty kilometres east of Halifax comprising four villages: East Jeddore, Head of Jeddore, Jeddore Oyster Pond, and West Jeddore. In 1847, the Commissioners of Lighthouses for Nova Scotia recommended placing a lighthouse near Jeddore to facilitate the approach to Halifax Harbour, as soon as funds would permit. At the time, the lighthouse on Beaver Island was the only coastal light between Halifax and Cranberry Island Lighthouse near Canso, and there were numerous rocks and ledges near Jeddore dreaded by mariners. In 1852, P. Frederick Shortland, Commander of the H.M.S. Columbia, shared some general principles that he had learned over the previous ten years that he hoped could be applied in selecting sites for lighthouses along the coast of Nova Scotia washed by the Atlantic. These principles included: While no site would likely have all of the above advantages, a site should possess as many as possible. Commander Shortland specifically recommended that a lighthouse be placed on Egg Island as it met most of these qualifications, but it would not be until 1865 that a light was finally placed there. The year after Egg Island Lighthouse was built, outside sashes were added to the windows on the detached keepers dwelling, a landing place was built on the north side of the island, and the lighthouse was painted in black and white vertical stripes to make it more readily identifiable by day.

On September 4, 1870, a hurricane inflicted significant damage to the station. A Department of Marine report described the destruction that Keeper William Condon and his family witnessed on Egg Island:

The sea washed over the entire island which at the highest part only rises about forty-five feet above the ordinary sea level, the lighthouse standing on a spot some thirty-two feet above this level. The island is almost two acres in extent, and besides the lighthouse, an octagonal wooden tower, there was a dwelling-house for the keeper and family close by, and two stores for oil, fish, etc. A sea struck the south-west end of the house, carrying away the foundation wall and filling the basement with water. The keeper and family immediately escaped to the lighthouse, where they had scarcely arrived, when the sea carried the dwelling-house a distance of about 150 feet, destroying foundation, chimneys, and everything contained in it. The house was hurled against the stores, which in turn became complete wrecks with their contents. The fresh water tank was destroyed, about one hundred feet of a slip, or landing, leading up from the shore, all boats and fences and erections of all kinds except the light tower were swept away. The shingles of the most exposed side of the tower were torn off, the seams of the deck opened, and the foundation wall so seriously damaged that it had to be entirely renewed.

Nobody was killed on Egg Island, but the keepers family likely lived ashore for some time after until a new foundation for the dwelling was excavated at a more elevated location in the rock. Temporary apartments were made for Keeper Condon and an assistant in the lower part of the tower so the light could be exhibited without interruption. Before the end of 1870, the towers foundation wall was rebuilt, the lantern deck was made waterproof, and iron stays were bolted to four faces of the tower to secure it in place.

A hurricane on August 24, 1873, that inflicted heavy damage along the coast of Nova Scotia, tested the reinforced structures on Egg Island, and this time, tower and dwelling escaped without injury. Only a storehouse was moved off its foundation.

Before being appointed as the first keeper of Egg Island Lighthouse, William Condon had been actively involved in social and political affairs in Halifax. He was elected president of the Charitable Irish Society in 1855, and when a fallout occurred between the liberals and Irish Catholics in Halifax in 1857, Condon lost his job at the customs office. Enough Catholic politicians defected to the conservatives to allow them to take control, and on June 14, 1857, William Condon was appointed Superintendent of Lighthouses under the Board of Works. In this role, Condon visited all but five of the lighthouses in Nova Scotia in 1857 and provided a detailed report on the condition of the equipment and conduct of the keepers. Condon concluded this report with the following:

When the liberals regained power in 1861, Condon was fired, and he didnt find a stable position until he became keeper at Egg Island in 1865. Condons health force him to retired in 1874, but his son William junior replaced him, and the elder Condon likely remained on the island for some time. William Condon, Sr. eventually move to Halifax, and in 1899, both he and his lighthouse keeper son passed away.

A lantern room with a diameter of seven-and-a-half feet was initially used atop the lighthouse, and a revolving apparatus, made up of two faces with five lamps and reflectors in each face, produced alternating white and red flashes at intervals of one minute. As vessels from Europe often made landfall near Egg Island, a more powerful light was needed at Egg Island. In 1878, an iron lantern room with a diameter of ten-and-a-half feet was placed atop the lighthouse so that larger lamps and reflectors could be used.

In 1884, Keeper William Condon, Jr. received a Pilleys mechanical hand fog alarm to sound in response to steamers whistles, and in 1886, a bridge was built between the dwelling and lighthouse. A new illuminating apparatus was installed in 1890, changing the lights characteristic to a group of three flashes with fifteen seconds between their points of greatest brilliancy followed by a thirty-second eclipse. A third-order, quick flashing apparatus was placed in the lantern room in 1918 at a cost of $7,856.58, and a new dwelling was built for the keeper in 1923.

A steel, skeletal tower, with an enclosed central stairway, was placed eleven metres away from the old lighthouse in May 1962, and the base of the old tower was converted into an engine room and storeroom. With electricity now being generated on the island, a rotating aerobeacon could be used in the aluminum lantern room atop the new tower.

On April 11, 1970, the Coast Guard removed the lantern room and aerobeacon from the top of the tower and installed an automatic acetylene gas light in their place. Two weeks later, after the light had been observed to function properly, Ernest Roache, the last keeper, left the station.

In 2016, the Coast Guard placed a modern, square, skeletal tower on the island, and removed the 1962 tower.

A distant view of Egg Island Lighthouse is possible from the beach at Clam Harbour Beach Provincial Park.