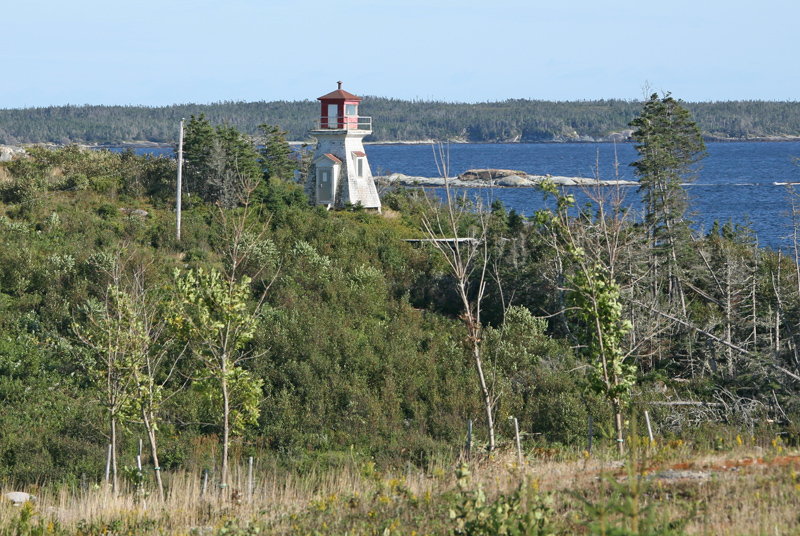 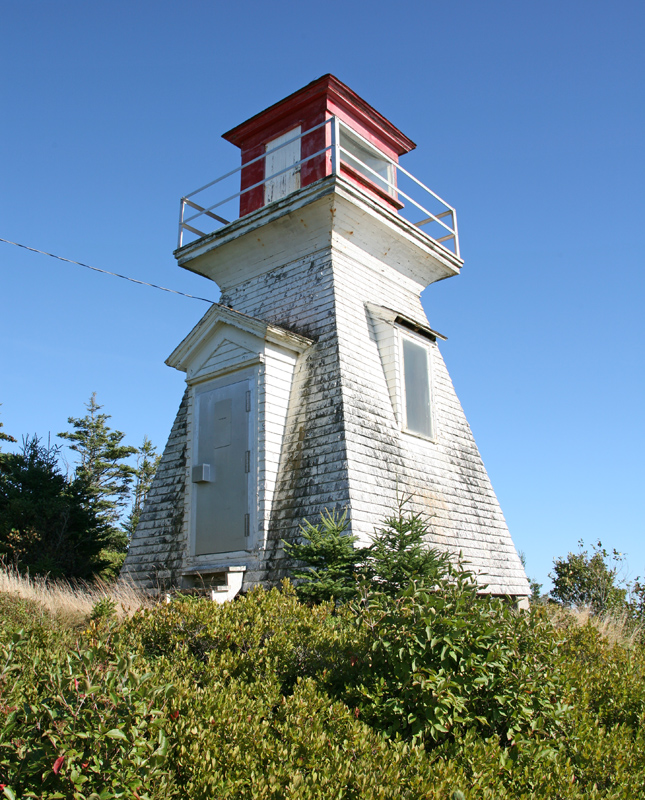 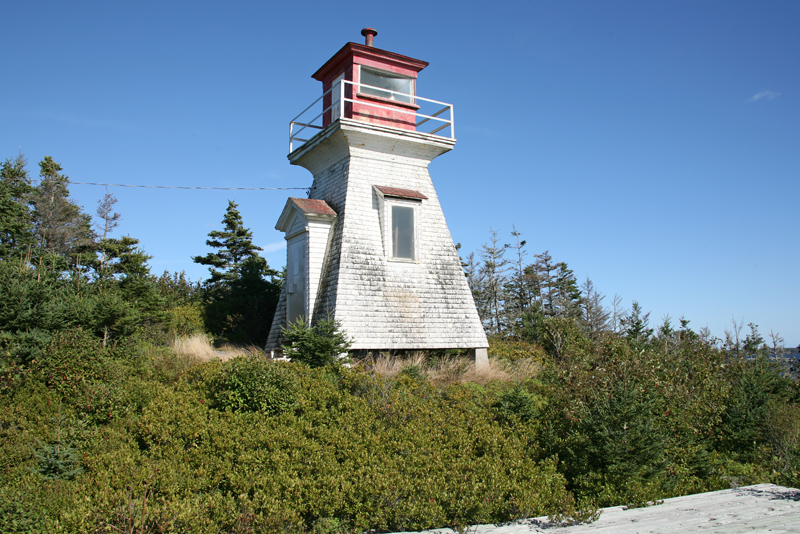 In 1916, Standard Construction Company of Halifax was awarded a $1,155 contract to erect a pair of range lights on Tomlees Head to guide mariners into Spry Bay. The Dominion Lighthouse Depot in Prescott, Ontario provided a locomotive headlight lantern for the rear light and a catoptric light for the front light at a cost of $990.21. Other expenses for completing the station included $246.95 for the construction of a shelter shed, and $164.80 for acquisition of the site.

The following Notice to Mariners was published to inform mariners of the establishment of the new range lights:

On July 1, 1916, and without further notice, two fixed white catoptric range lights, of 1,500 candlepower each, will be established on Tomless Head.

Front Light  The front light will be exhibited, 74 feet above high water, from an enclosed wooden tower, square in plan, with sloping sides, surmounted by a square lantern, the whole painted white, erected on Tomless Head, about the middle of the southern side of the head, about 200 feet back form the waters edge, on land about 52 feet above high-water mark. The tower is 27 feet high form its base to the top of the ventilator on the lantern. The light is visible 14 miles in the line of range. A light of 25 candlepower shows to the westward of the line of range, toward Spry Harbor.

Rear Light  The rear light is exhibited, 110 feet above the water, from a locomotive headlight reflector lantern placed on a skeleton steel tower, square in plan, with sloping sides, the upper portion of the side facing the alignment covered with slats, tower black, slats white, erected 926 feet 337° from the front light, on land 63 feet above high water. The tower is 48 feet high form the base to the top of the ventilator on the lantern. The light is visible 16 miles in the line of range.

Directions  The two lights in one, bearing 337°, lead in between Maloney Rock and Neverfail Shoal and westward of Bald Rock.

For a larger map of Spry Bay Lighthouse, click the lighthouse in the above map.

A distant view of the lighthouse is possible from across the bay at Popes Harbour. To reach the lighthouse itself, travel west from Spry Bay for 1.5 km (0.9 miles), and then turn left onto Boutiliers Settlement Road. At the end of this road, you will find a gated community in which the lighthouse is located. The area is listed as an ecological preserve, but, ironically, the entire area seems to have been stripped of all old vegetation around 2010, a network of roads was put in, and a few modern homes were built. Signage makes it unclear if visitors are welcome. One sign says No Trespassing, but another reads "please stay on roads."