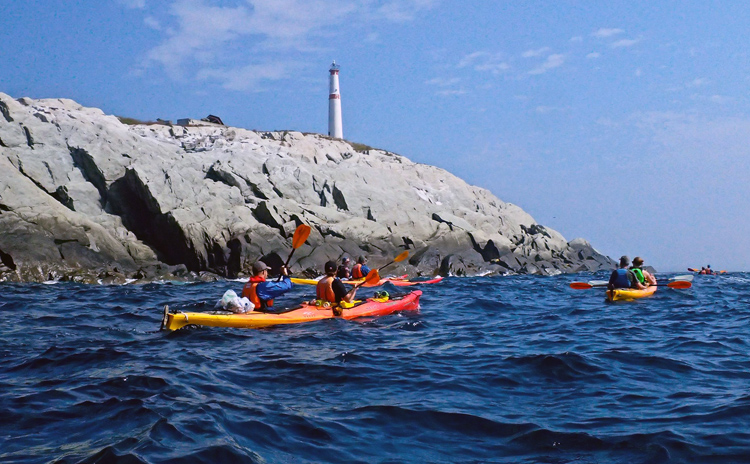 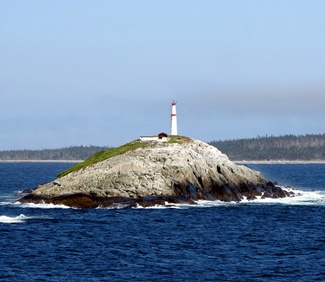 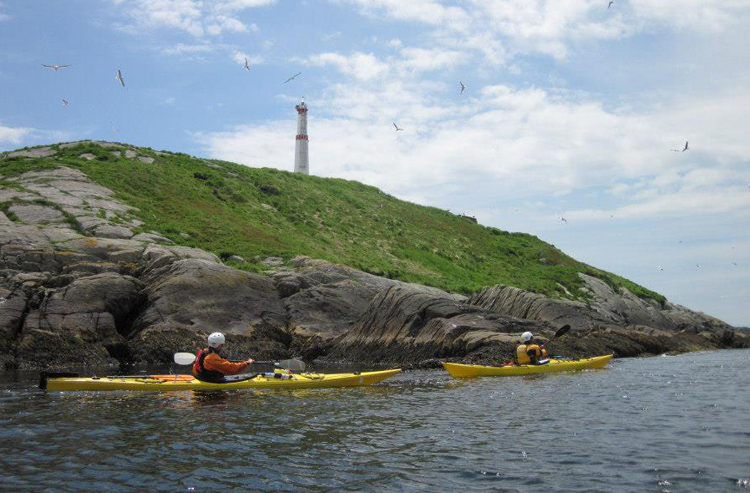 Loyalist refugees and British veterans of the American Revolution settled Sheet Harbour in 1784. The settlement was initially known as Port North, but the name was changed to Sheet Harbour in 1818. For many years, Sheet Harbour was a prosperous hub for the lumber industry and was home to both a sawmill and pulp mill.

Sailing Directions for the Southeast Coast of Nova Scotia and Bay of Fundy contains the following information on Sheet Harbour:

Sheet Harbour, one of the finest on the coast, and situated nearly midway between Country Harbour and Halifax, derives its name from Sheet Rock, a small islet outside the entrance, which presents to seaward a remarkable cliff of clay slate, resembling a suspended sheet. The entrance between Western and Danberry islands is a third of a mile wide, and the anchorage immediately within it, on the western side, is quite safe, and sufficiently commodious to accommodate a large number of vessels.

The harbour is of considerable extent, extending inland 6 ½ miles, and is navigable for vessels nearly to its head, where rapid streams discharge into it the waters of a chain of lakes. There is a mill at the head of the Northwest and principal Arm, the shores of which are well settled. There is also a scanty population along the Northeast Arm and eastern shore of the harbour; but the western shore, from Mitchell point to Mushaboom Harbour, is uninhabited. The hills of clay, abounding in boulders, supply the only soil adapted for cultivation. They rest on clay-slate in nearly vertical strata, as is well displayed in the North-east Arm, which in the course of time has been cut, by the rapid stream at its head, across the rock, in nearly an east and west direction.

In1878, R. Rutledge and D. Drake of Sheet Harbour received a $2,150 contract to construct a lighthouse on Sheet Rock just outside the entrance to Sheet Harbour. The Department of Marine published the following description of the lighthouse in their annual report for 1879:

This lighthouse has not been fully completed, but it was put in operation in February last, and it is expected that the contractor will satisfactorily finish it. The building is of wood, and consists of a square tower, 41 feet high, with keepers dwelling attached, and exhibits a revolving red catoptric light attaining its greatest brilliancy every 40 seconds. The light is elevated 75 feet above high-water mark, and in clear weather should be seen at a distance of 10 miles.

John Perry was appointed the first keeper of Sheet Rock Lighthouse at an annual salary of $500, and he served through 1905. In 1883, a much-needed landing was built at the island to replace a wharf that the sea had washed away. A boathouse was added the following year. Due to its exposed location, the landing slip had to be repaired numerous times. A cribwork block was built at the end of the landing slip and the slip was repaired in 1887, and this same work had to be repeated two years later. The landing slip was renewed and ballasted in 1891, but seas destroyed it the following winter. John Chisholm of Dartmouth was sent to build a new well-secured and ballasted slip at a cost of $260. This new slip had to be repaired in 1894 and again in 1899.

In 1909, Keeper S. Kenny was supplied a hand-operated foghorn that he was required to sound in response to signals from vessels during periods of limited visibility. A fourth-order dioptric lens was installed in the lantern room in 1913 in place of the catoptric apparatus. This substitution changed the characteristic of the light to an occulting white light that was alternately visible for ten seconds and then eclipsed for ten seconds.

The 1921 census shows that James V. Kenny was residing at the lighthouse with his wife Effie and ten children under the age of fifteen.

In 1936, a new lighthouse, in the form of a two-storey dwelling with an octagonal lantern room centered atop its hipped roof, replaced the original Sheet Rock Lighthouse. This design was used at many locations throughout the province around this time. The new lighthouse displayed a flashing white light with a period of ten seconds.

A building was constructed on the island in early 1966 to house a 4.5-kilowatt generator, which allowed the light to become semi-automated. The light became fully unwatched on September 6, 1968, when Albert Arnold, who had been in charge of the light for a decade, left Sheet Rock.

A concrete pad was poured a short distance from the lighthouse in December 1980 to serve as the foundation for a circular fibreglass tower that displayed a flashing white light. No longer needed, the 1936 lighthouse was subsequently burned down. Aerial images of Sheet Rock show the foundations of the two former lighthouses that together served mariners for just over a century.

For a larger map of Sheet Rock Lighthouse, click the lighthouse in the above map.

The lighthouse is best seen from the water, but a distant view from land is also possible. Paths lead to the water from the end of Mozier Cove Road and from Levys Road. Please request permission before crossing private property.
The lighthouse is owned by the Canadian Coast Guard. Grounds open, tower closed.