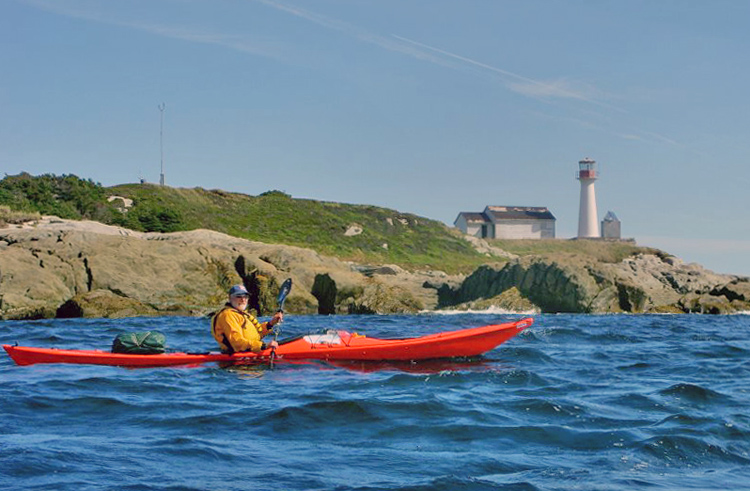 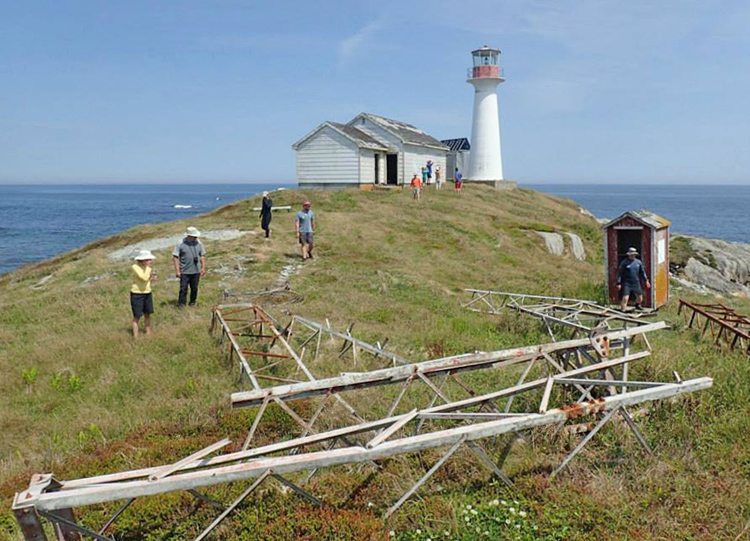 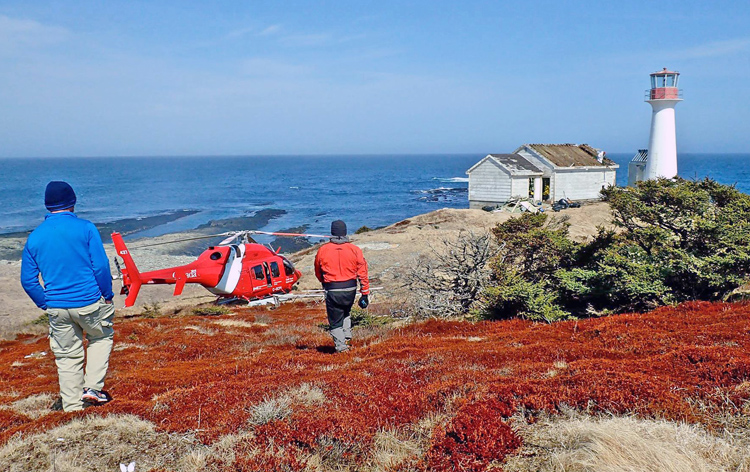 Beaver Island is located off the southeast shore of Nova Scotia, roughly midway between Halifax and Canso. In a report dated October 9, 1843, Captain W.F.W. Owen, a naval surveyor, noted:

It is lamentable to see a Coast situated in the midst of an inexhaustible Fishery, affording shelter almost at every league, with these advantages for the most part locked up, and excluded from full intercourse with the world at large, and from the use of its own native inhabitants, by having so few Light Houses to give confidence and security to Navigators. Were this Country in the hands of the United States, it is not too much to aver, from what they have done in this particular, that it would, most probably, be very soon studded with Light Houses  and that, with the Commerce and Fisheries thus facilitated, population would increase in a manifold progression. But it appears very extraordinary indeed, that in the whole distance from Cape Sambro to Cranberry Island, a distance of about fifty-five leagues of Coast, studded with ledges and dangers, there is not now one intervening Light House-and the frequent occurrence of wrecks bears sufficient testimony of their need.

After much debate, it was decided that the best place for a lighthouse in this gap would be on Beaver Island, and Keeper Simon Fraser first lighted the beacon there in 1846. The lighthouse consisted of a rectangular white building, with two black balls painted on its seaward face. The illuminating apparatus revolved every two minutes, during which time the light was visible a minute and a half followed by thirty seconds of darkness.

Keeper Fraser attempted to reach Port Dufferin from the island in the early morning of February 10, 1860, but ice pack prevented him from reaching the shore. William Whitman spotted Fraser trying to come ashore that afternoon and recruited his two sons to try to go out and assist him, but they found it impossible. During the night, a strong wind started to blow from the northwest accompanied by sleet. Whitman once again tried to set off to help Keeper Fraser as the wind had scattered the ice in the harbour. With his sons and a Captain Balcam, they searched the islands in the harbour for any sign of the keeper, and when they found nothing, they returned to shore and set off again with a larger boat and stronger crew. They searched all of the next day, but Keeper Fraser was never found.

Robert Fraser succeeded his father as keeper and served for a decade before resigning in 1870. Samuel Balcalm took temporary charge of the light until Norman Campbell, who had been the keeper of St. Pauls Southwest Light for many years, was transferred to Beaver Island on August 24, 1870.

On the morning of August 6, 1877, the set of new lamps and reflectors that had been installed the previous October were destroyed by fire along with the plate-glass in the twelve-sided lantern room. Keeper Norman Campbell reported that he had lit the light as usual on the evening of August 5, and the light was fine when he checked it around midnight. Around 2 a.m., Campbell noticed something was wrong with the light, and rushing to the lantern room, he discovered one face of the revolving frame of lights was on fire. He tired to extinguish the flames, but the heat was so intense that he was forced to flee the lantern room, closing the trap-door in the lantern room floor to hopefully contain the fire. Keeper Campbell remained in the room below the lantern room, extinguishing any burning oil that came through the lantern room floor. The steamer Glendon was dispatched to the station with a supply of plate glass and a new lighting apparatus, which was stored at Scatarie Island, and the light was back in operation a few days later.

In 1908, Beaver Island Lighthouse was repainted in white and red stripes to make it more conspicuous when snow was on the ground. A similar daymark was applied to the lighthouses at Briar Island, Seal Island, Sambro Island, Whitehead Island, and Guion Island that same year.

After 108 years of service, Beaver Island Lighthouse was demolished, and a new lighthouse and a detached keepers dwelling were built in 1954. This second lighthouse to mark the island consisted of a square, wooden tower, that stood thirty-two feet tall and had a red vertical stripe on each of its sloping sides. An octagonal lantern room topped the lighthouse.

A generating plant was established on the island in 1964, so the light could be electrified. Commercial power reached the island in 1981, delivered by a submarine cable. The present fiberglass tower was put in place in 1985, and the former lighthouse was cut in sections, which were hauled to the beach and burned. The station was de-staffed in 1985, and the keepers dwellings were subsequently removed after the public expressed no interest in them.

For a larger map of Beaver Island Lighthouse, click the lighthouse in the above map.

Beaver Island Lighthouse is best seen from the water. Coastal Adventures offers sea kayaking tours that pass by the lighthouse.