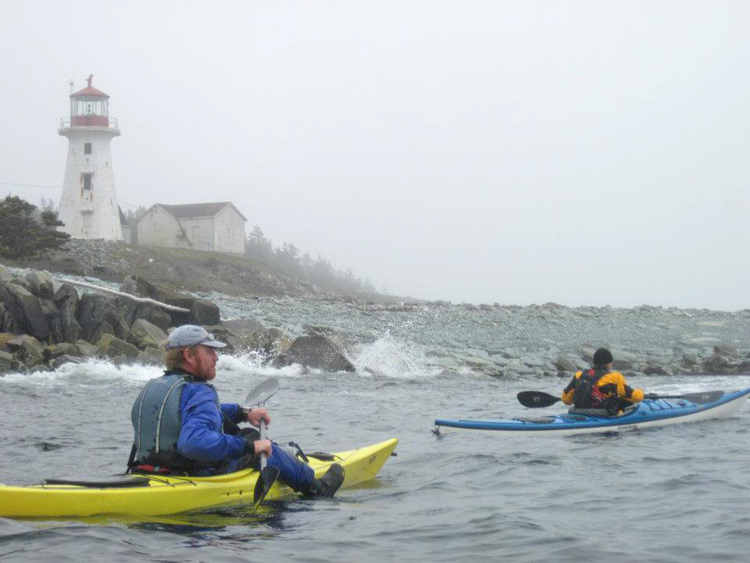 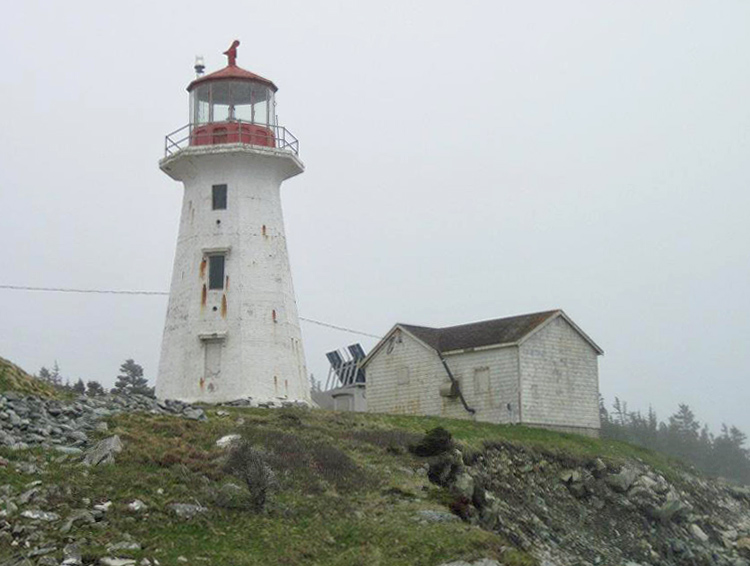 In 1829, Thomas C. Haliburton, a lawyer and member of the House of Assembly of Nova Scotia, wrote of the southeast coast of the province: No part of Nova-Scotia, and perhaps few countries in the world, afford so many excellent harbours in the same extent of coast. Mary Joseph, Liscomb, Country Harbour, White-head Harbour, Canso, and Crow Harbour, are all navigable for the largest ships, and are accommodated with safe and extensive anchorage ground.

Lighthouses would eventually be built to mark almost all of these important harbours. The entrance to Liscomb Harbour lies between Liscomb Island and Liscomb Point to the west. Sailing Directions for the Southeast Coast of Nova Scotia and Bay of Fundy provided the following description of the harbour in 1867:

At 1 ¼ miles within the entrance, the harbour trends in a W.N.W. direction for 4 miles; but at the distance of 2 miles the channel is considerably narrowed by rocky shoals, which run off from the northern shore, after which it maintains a breadth of one cable up to its head, where it receives the waters of Liscomb River, a rapid shallow stream abounding in trout and salmon. On the north side of the harbour is a large cove, named Spanish Ship Bay, but it is too much encumbered with rocks to render a description intelligible.A small population is scattered along the shores of Liscomb, Little Liscomb, and Jegogan Harbours. Though numerically small, the people are industrious and intelligent. The church with a steeple lately erected in Liscomb Harbour forms a prominent object from the sea, and a useful landmark.

The Department of Marine had a lighthouse erected on Cranberry Point, the southwest point of Liscomb Island, in 1872, and published the following information on it that year:

A very superior new light was recently established on the west side of Liscomb Island, at the east side of the entrance to Liscomb Harbour, County of Guysborough. The tower is square, painted white, and the roof red. It shows a revolving red and white light, flashing every two minutes, and can be seen at a distance of upwards of fifteen miles. There are in it three large lamps with circular burners in each of the two faces, and twenty-inch reflectors. It was first exhibited on the 10th August, 1872. Mr. Seth Crooks was appointed keeper, at a salary of $350 per annum. The contract for the building was taken by Mr. D. S. Ferguson for $1,395; besides which, $2,123.98 has been expended on the lantern, revolving apparatus and lamps.

The lighthouse consisted of a square, wooden tower, twenty-eight feet tall, that was attached to a dwelling. Not far from the lighthouse was a twelve-by-ten-foot oil store. When H.W. Johnston, Agent of the Department of Marine for Nova Scotia, inspected the lighthouse in 1874, he noted that a combination boat/store-house was needed at the landing, a quarter mile from the lighthouse. As a steep bank led up from the landing, it was difficult to transport supplies to the lighthouse, and when the supplies were delivered, it was typically during the season when the local fishermen were busy so help was difficult to find. Johnston recommended that materials be supplied to Keeper Crooks, who was willing to construct the building himself. The needed twelve-by-eighteen-foot boathouse was completed in 1877.

An addition to the dwelling was built in 1883. In 1895, the clapboards were removed from the exterior walls of the tower and dwelling, and shingling was substituted.

In 1921, G.Y. Grant & Sons constructed a new reinforced concrete lighthouse on Liscomb Island. The lantern room and lens from the old lighthouse were transferred to the replacement tower. A new boathouse and slipway were also built at this time.

A diaphone foghorn was established on the island in 1954, and a new dwelling was built at that time for an assistant keeper to help with the added workload brought by the fog alarm.

After being laid off from his civil service job in 1964, Wilfred McSheffery saw an advertisement for a lightkeeper job. He applied for the position, and soon, he and his wife Adalene were headed to Liscomb Island. I enjoyed it, Addie said about life on Liscomb Island. No nosy neighbors, no bill collectors! There were two keepers. My husband was in charge of the station  after we were there for a few years they built another house [in 1968] and it was a three-man station."

When asked if they had electricity on the island, Addie replied, Just what you generated yourself! Ask me if we had water!  Only what God gave us in the cisterns! We didnt have wells or anything like that. The only water you got was what came offa the roof.

Wilfred heard rumours that Liscomb Island was going to be automated so when an opening became available at isolated St. Pauls Island in 1971, he decided to take it. A submarine cable was laid between Liscomb Island and the mainland in 1973, and one of the keeper positions was eliminated. The station was listed as automated on November 14, 1979, but it actually wasnt de-staffed until July 2, 1986. The remaining dwellings and the boathouse were declared surplus and offered for sale, but after no buyers were found, the structures were finally demolished. Today, only the octagonal concrete tower, the fog alarm building, and a couple of cement foundations remain on Liscomb Island.

For a larger map of Liscomb Island Lighthouse, click the lighthouse in the above map.

The lighthouse is best viewed from the water.