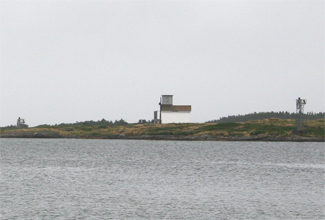 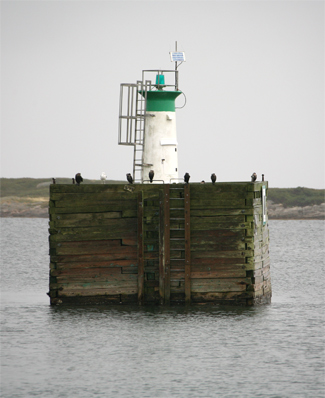 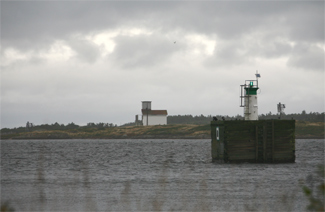 Canso is a small community located on the northeast tip of the Nova Scotia mainland and the entrance to Chedabucto Bay. Since the sixteenth century, Canso has been a strategically important fishery base, and it is one of only two British settlements in Nova Scotia prior to the establishment of Halifax in 1749.

Canso Harbour is protected by the Canso Islands, a small archipelago lying immediately north and east of the mainland, with Durells Island, Piscataqui Island, George Island, and Grassy Island being the largest. In 1925, the islands were designated a National Historic Site of Canada due to their role as an important fishing base for the French in the sixteenth century and the British during the eighteenth century, and as the staging point for the 1745 expedition against Louisbourg.

In its annual report for 1872, the Department of Marine noted the erection of a lighthouse to mark Canso Harbour:

A new light has recently been erected at Canso Harbour, on the north eastern part of Cutler's or Hart's Island, Guysborough County. It is a catoptric fixed red light, with four mammoth flat-wick lamps and eighteen-inch reflectors, and it is seen at a distance of twelve miles. It was first exhibited on the 10th July, 1872, and Mr. John Langley was appointed keeper, with a salary of $200 per annum. The amount expended on account of its construction up to the 30th June last was $814.42.

John Langley looked after the light until his death in 1877. His son Thomas took charge of the light for roughly a year and a half before resigning, and he was followed by Lawrence Power and John Power, who each served about a decade. Joseph Long took charge of the light in 1896 and was keeper for about forty years. A fifth-order dioptric lens replaced the catoptric apparatus in the lantern room in 1909. In 1928, the original lighthouse on Hart Island was removed and a new combined dwelling and light was built.

The enclosed structure that stands on Hart Island today has been inactive since the 1960s and has had its lantern room removed. Lights atop two square, skeletal towers located near the enclosed structure serve as Hart Island Range to guide vessels into Canso Harbour. Inside the harbour are two lights built atop wooden cribs that serve to mark navigational hazards. These lights are known as Starling Rock and Harbour Shoal.

For a larger map of Hart Island Lighthouse, click the lighthouse in the above map.

Hart Island Lighthouse can be viewed from the waterfront in Canso. Take NS-16 into Canso which will become Main Street. Stay on Main Street until you near the waterfront and then turn left onto Water Street where you can park and access a harbour walk that has informational signs and affords views of Hart Island.