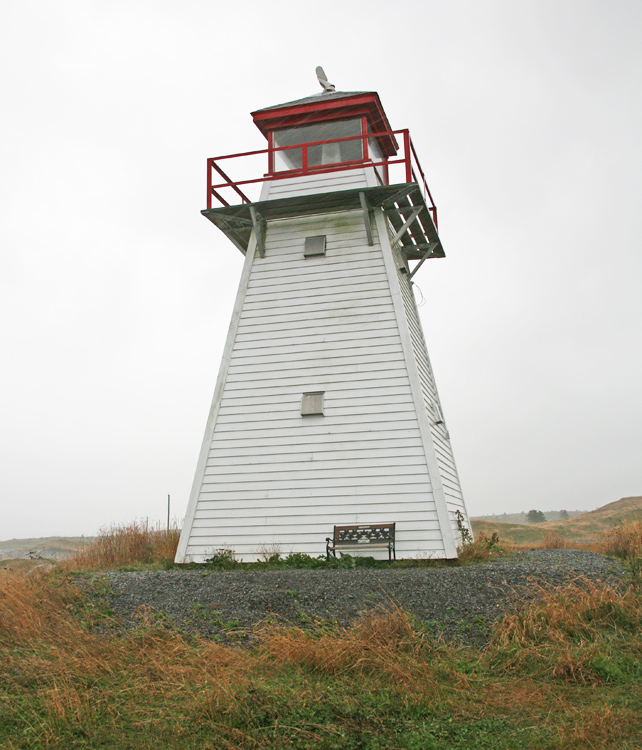 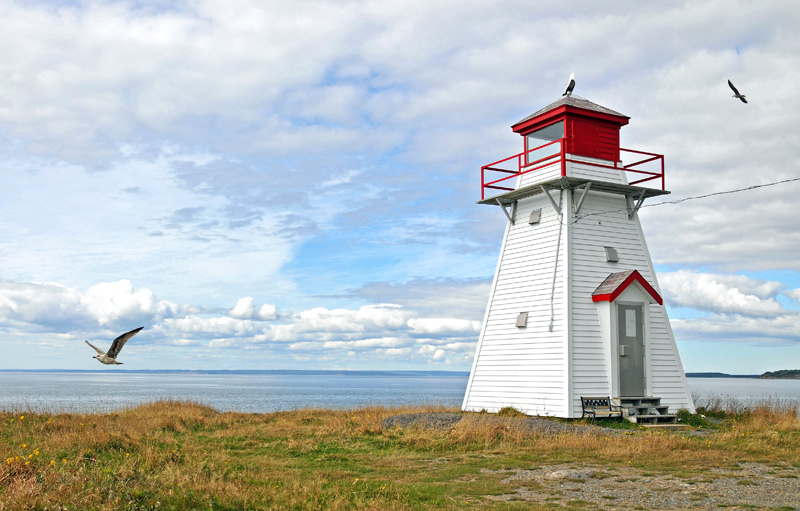 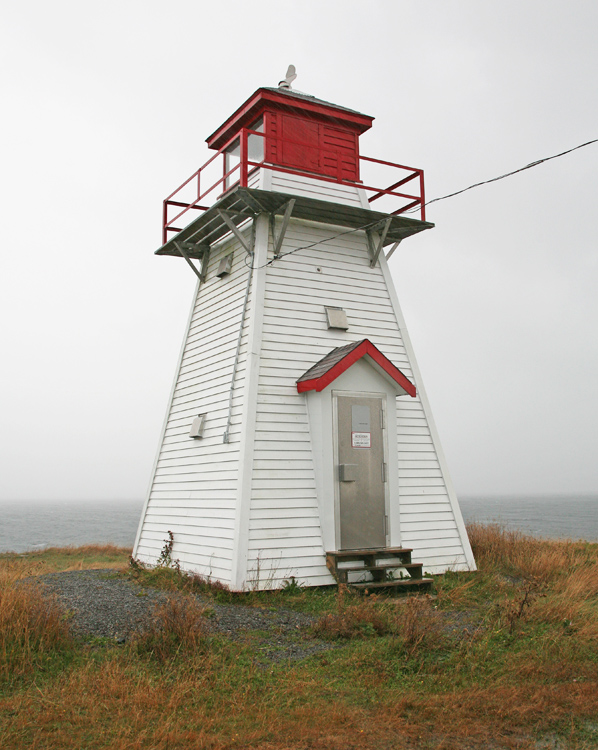 In 1848, a petition from merchants and ship-owners calling for lighthouses to mark the southern and western entrances to Arichat Harbour on Isle Madame was was read in the House of Assembly of Nova Scotia. When the government didnt step up to build the lighthouses, local interests obtained permission to establish a beacon light on Marache Point in 1849. The Commissioners of Lighthouses for Nova Scotia inspected the structure and found it was quite unsuitable for the object intended, but they were confident that the beacons enterprising proprietors, with means provided by the government, would remedy the situation and soon provide a light that would be one of very great utility. The beacon light was placed in operation in 1851 with Joseph DeCoste, who lived a half mile away, as the first keeper. The structure was described in 1858 as a small building painted white, with a very small wooden lantern. Though no dwelling was built at the lighthouse, two people generally spent the night in a small room in the tower that served as a bedroom. John H. Kendrick inspected the lighthouse in 1865 and made the following report:

This Light House is unworthy of the name. The Building was only temporary when first erected in 1851, and is very small, and leaks badly. The lantern is a wooden box on the top of the building, with small common glass, and burns but two lamps. There are no reflectors, and altogether the light is very inferior. I would recommend that a new lighthouse be built at this station next season. A lighthouse and keepers dwelling in one building would be very suitable, similar to that erected on Green Island during the past season.

A new lighthouse, a one-and-a-half-storey dwelling that exhibited a light from a three-sided window projecting from its hipped room, was not constructed until two years after confederation. The lighthouse was built under contract for $1,395 and was placed in operation on October 1, 1869.

Joseph DeCoste looked after the lighthouse from 1851 until 1875, when he turned seventy-eight. His son Christopher, who had been helping with the light, became the next keeper and served until 1898. An inspection report in 1877 noted that Keeper DeCoste was anxious to have the unfished upper story made into bedrooms. Christopher and Adele DeCoste had four children at the time. In 1896, Keeper DeCoste was given a hand-operated foghorn that he was expected to sound in response to signals from vessels during thick or foggy weather.

In 1909, A 270° degree, fifth-order Fresnel lens replaced the lamps and reflectors that were being used in the lantern room.

In 1949, a new lighthouse along with a dwelling, boathouse, and storehouse were built at Marache Point. Commercial power was extended to the station in 1954, but the light remained staffed until 1970, when a battery-powered system was installed to serve in case of a power outage. All of the stations buildings, save the lighthouse, were then declared surplus, sold to the public, and removed from the point. The name of the lighthouse was officially changed from Arichat Lighthouse to Marache Point Lighthouse a few months after automation.

During a public meeting held in Arichat on October 3, 2017, residents approved a Coast Guard proposal, which had the backing of the Isle Madame Lighthouse Preservation Society, to replace Marache Point Lighthouse with a modern modular lighthouse requiring little maintenance. Nancy LeBlanc, whose relatives Jeffrey LeBlanc and Harry LeBlanc, where the last two keepers of the lighthouse, strongly disagreed with the decision. We should preserve lighthouses, not replace them, she said. All my roots are there.

Knowing that it would cost more than $50,000 to restore the lighthouse, Marge Herdmam, chair of the lighthouse preservation society, said the group decided that a new lighthouse that resembles the previous one was the best option since no source of funding was available.

For a larger map of Marache Point Lighthouse, click the lighthouse in the above map.

From the waterfront in Arichat, proceed east on Veteran's Memorial Drive. At the end of the inlet, turn right onto Robins Road and continue for 1.5 kilometres, where you will bear left onto Cape Auguet Road. Follow this road for 4.5 kilometres to its end. You will need to walk the last part to reach the lighthouse as a bridge has been removed.