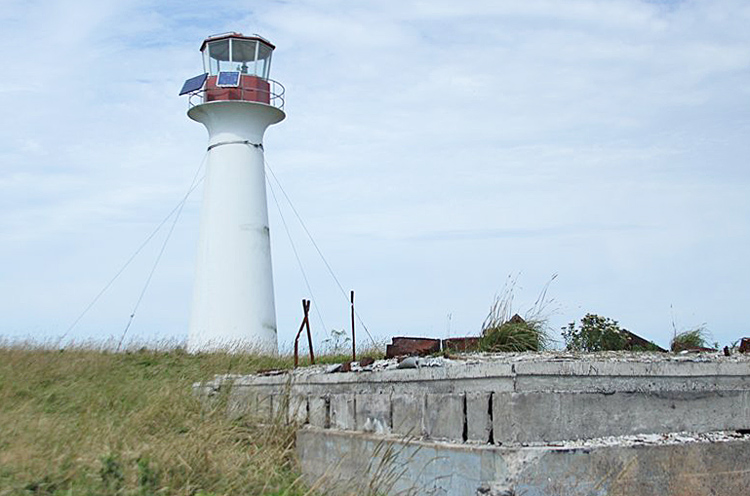 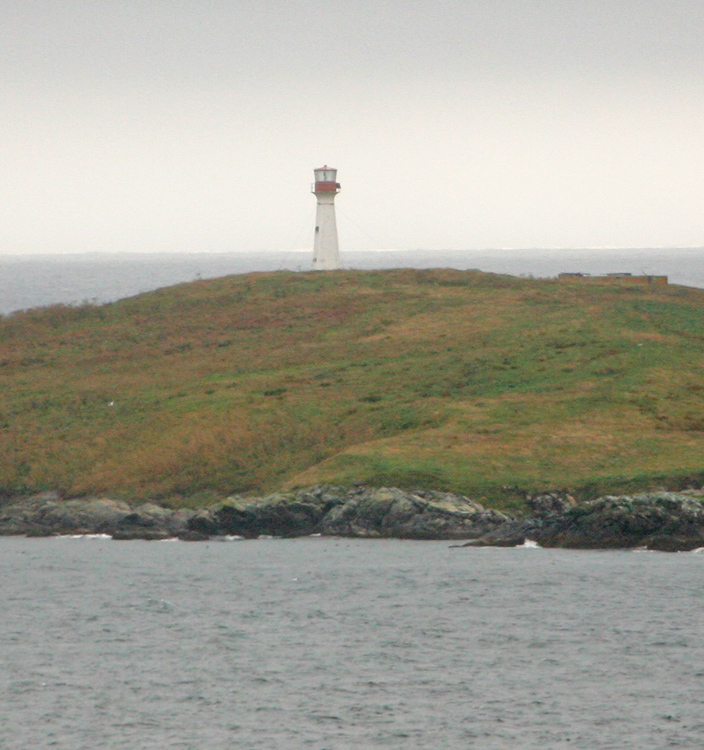 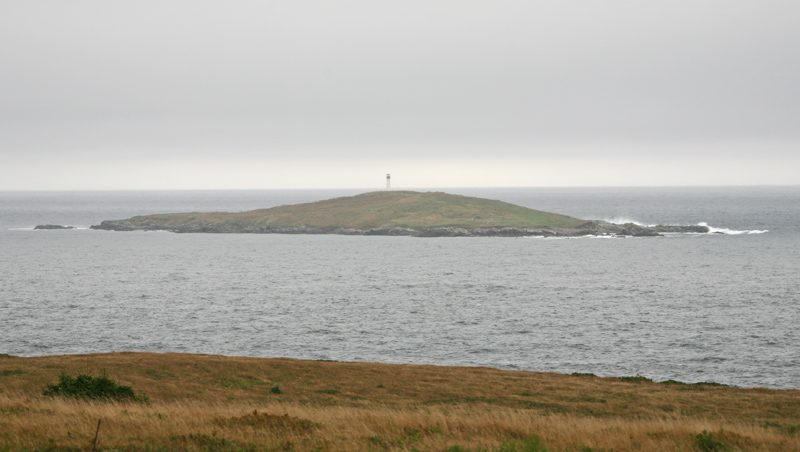 Green Island, which lies off the coast of Petit de Grat Island and the much larger Isle Madame, is situated between St. Peters Bay to the northeast and Chedabucto Bay to the southwest. Cranberry Island Lighthouse was established in 1818 to mark the southern entrance to Chedabucto Bay and the Strait of Canso, but it wasnt until 1865 that work began on Green Island Lighthouse to mark the northern side of the entrance. The contractor was supposed to finish the lighthouse on the summit of treeless Green Island by the end of 1865, but his inability to procure properly seasoned lumber for interior work delayed its completion until 1867. A fixed white light was exhibited from the unfinished lighthouse starting in 1865, but the light was changed to fixed red in October 1866 so it would be more readily distinguished from the white lights on Cranberry Island. When it was first established, Green Island Lighthouse was the only light on Cape Breton between the Strait of Canso and Louisbourg.

The original Green Island Lighthouse consisted of a rectangular, one-and-a-half-storey keepers dwelling with a twelve-sided lantern room mounted on the deck of its pitched roof. A combination boat/store house was added to the station in 1869.

Patrick Duann served as the first keeper of the lighthouse from 1865 until November 1, 1871, when poor health forced him to resign at the age of sixty. Six years of service didnt qualify him for an annual retirement allowance, but he was given a one-time gratuity of $250. William Duann was appointed keeper in his fathers stead and received the same annual salary of $500 his father had earned. In 1902, William A. Duann replaced his father, who had over thirty years as keeper, and served until 1912.

On October 10, 1875, the characteristic of the light was changed from fixed red to a revolving red and white light. The new illuminating apparatus had two faces, with two lamps set in twenty-two-inch reflectors on each face, and it completed one revolution every ninety seconds. This change was hailed as a great improvement to a most important coast light. The white flashes could be seen roughly twelve miles in clear weather, while the red flashes had a range of visibility of eleven miles.

On June 16, 1875, the 110-ton schooner James R. Lithgow was near the end of its journey from Boston to Arichat when it ran aground off Green Island in fog. Keeper William Duann must have heard the wreck as he attached a lead weight to a rope and heaved it to the crew aboard the distressed vessel. The nine sailors aboard the James R. Lithgow were able to make it ashore, but the vessel was a total loss. For his heroic effort in saving the crew, Keeper Duann was awarded a silver watch, which has become a family heirloom.

In 1924, J.A. Phalen built a fog alarm building on the island, and two six-horse-power engines and two compressors were installed in it. A powerful diaphone foghorn was placed in operation on December 15, 1925, and, when needed, it sounded a group of three, three-second blasts each minute. There was a silent interval of three seconds between the blasts and forty-five seconds between groups of blasts.

A new lighthouse, a square, two-storey dwelling with an octagonal lantern room perched atop the center of its pitched roof, was constructed on the island in 1927. Two, five-kilowatt diesel generators were installed on the island in 1963 to electrify the station. With this change, the light source became a light bulb instead of an incandescent oil-vapour lamp.

The third lighthouse to stand on Green Island was a steel, skeletal tower with a central staircase enclosed in fibreglass. This lighthouse was topped by an octagonal, aluminum lantern room and was placed in operation on July 11, 1968. The second lighthouse, minus its lantern room, was retained as a dwelling, and besides it there were two other dwellings on the island: a one-and-a-half-storey dwelling built in 1960 and one-storey bungalow built in 1968.

In 1971, an electric horn replaced the diaphone foghorn and its oil engines, and the station was reduced from a three-keeper station to a two-keeper station. The electric horn was mounted on the flat lantern deck of the second lighthouse, which must have been the dwelling that was no longer occupied.

Amedee Boudreau was head keeper on Green Island from 1932 until 1952, when Conrad Landry, his assistant, took over that role. In February 1952, Conrad had married Amedee Boudreaus daughter Lorraine, who had moved to the island with her parents when she was just two. Lorraine must have set the record for the length of time spent on the island, as her husband Conrad served as head keeper for thirty years until his death in 1982 at the age of fifty-seven.

Gary Landry was made head keeper in 1982 in place of his father. A submarine cable connected Green Island to commercial power in 1983, and in 1986, the fourth lighthouse to grace Green Island was erected in the form of a round fibreglass tower topped by a red lantern room. When this new lighthouse commenced operation, the station was de-staffed.

The lighthouse is best seen by boat, but a distant view is possible from the southern end of Petit-de-Grat Island. From the Village of Petit-de-Grat Island just as you drive onto the island, I turned right onto South Side Petit De Grat Road and followed it for 2 km and then turned left onto Joshua Road and left onto Davids Lane to reach the southern end of the island from where I took these pictures. Views may also be possible from near Little Anse on the east side of the island.

There is an interpretive centre in Little Anse where you can learn more about Green Island Lighthouse.