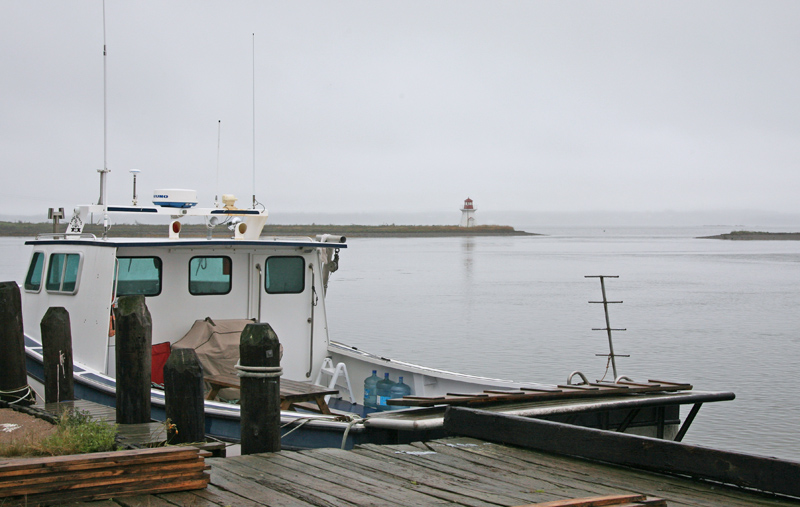 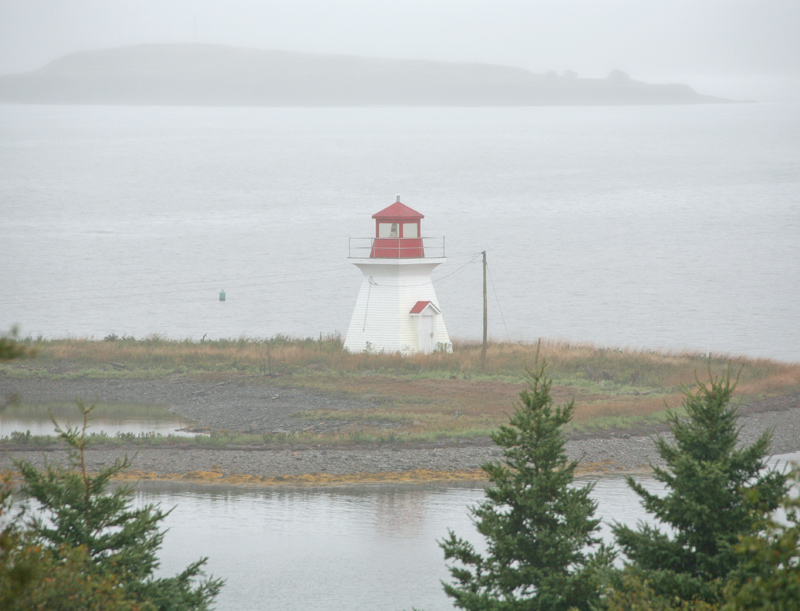 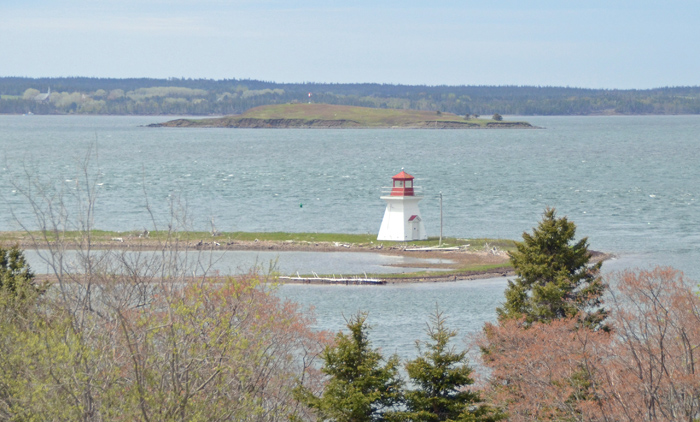 River Bourgeois is a small, picturesque Acadian community located not on a river as its names suggests but on Bourgeois Inlet, an extensive arm of the sea. Situated on the southern coast of Cape Breton Island, the inlet is located along Lennox Passage just west of St. Peters Bay. The entrance to Bourgeois Inlet is just fifty metres wide, but the inlet itself has an average width of 350 metres over its four-kilometre length. A white Catholic church is located immediately inside the entrance to the inlet along with a wharf, while homes of people involved in agriculture, the fishery, and formerly shipbuilding, dot the shore of the inlet.

Edward Doyle, of Poulamon, was given a $415 contract to build a lighthouse to mark the entrance to Bourgeois Inlet in 1902, and the Department of Marine published the following description of the tower the following year:

A light was put in operation on the opening of navigation in 1903, at the mouth of Bourgeois inlet, on the north side of Lennox passage

The lighthouse stands immediately inside of high-water mark on the west extremity of the low gravel point on the east side of the mouth of the inlet, where the channel is narrowest.

The tower is a wooden building, square in plan, with sloping sides, surmounted by a square wooden lantern, the whole painted white. It is 27 feet high from the stone foundation to the vane on the lantern.

The fixed white seventh order, dioptric light, elevated 25 feet above high-water mark, should be visible 10 miles from all points of approach by water.

Martin Burke was hired as the first keeper of the lighthouse, which was initially known as Bourgeois Inlet Lighthouse, though it is now listed as River Bourgeois Lighthouse. Burke served until 1912 and was followed by D. Sampson.

The lighthouse had fallen into disrepair by 1962. Since fishermen still found it a valuable tool for navigation, the top of the lantern room was removed, and two waterproof storm lanterns were mounted on the top of the tower.

On June 2, 1989, an aluminum, skeletal tower was placed on the point, and the old wooden lighthouse was burned down. Residents of River Bourgeois were upset that they were not given a chance to save the historic lighthouse. In 1992, their councillor wrote to the government stating that the community had lost an icon that attracted visitors and photographs to the area and requested permission to construct a lighthouse at no cost to the Department of Transport. The Coast Guard explained that the old tower was removed because the interior stairs and timber frame were rotten, making it hazardous to maintain the light.

The community was finally given permission to construct a lighthouse and the Coast Guard equipped it with a navigation light. On the Coast Guards Light List, the tower is listed as River Bourgeois Lighthouse, and it is noted that it is privately maintained in season.

For a larger map of River Bourgeois Lighthouse, click the lighthouse in the above map.

From River Bourgeois follow Church Point Road west for 1 kilometre to the church. You can view the lighthouse from the south side of the church, or you can take Wharf Road down to the wharf from another view. It appears that access to the tower itself by land is across private property.