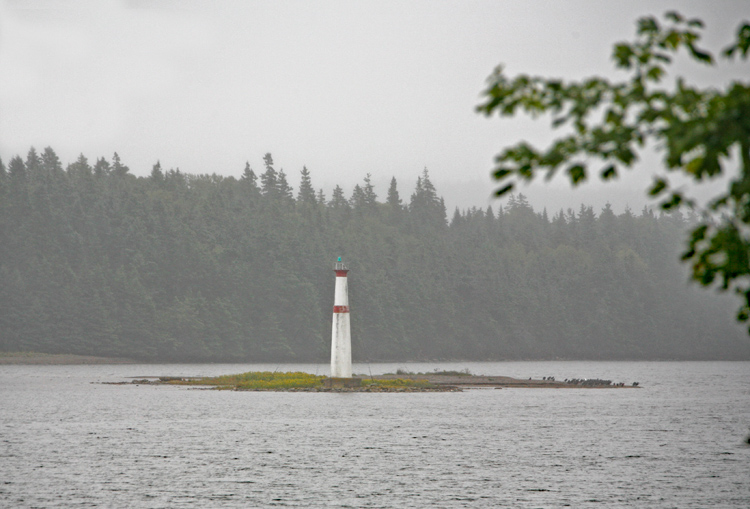 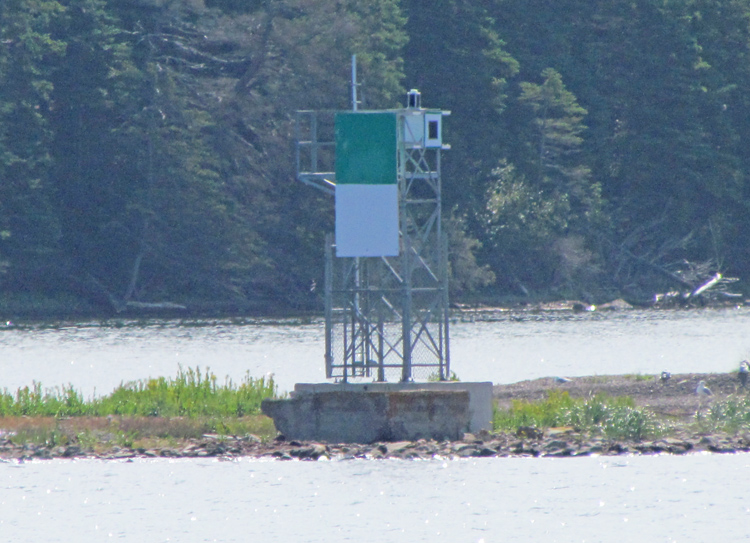 To mark the circuitous route that vessels have to take to avoid all the islands in St. Peters Inlet, the Department of Marine erected three pole lights to mark important turning points. These lights were placed on Gregory Islet, on the southeast tip of Beaver Island, and on Gooseberry Islet off Sandys Point. Each of these three lights was produced using a Mississippi Lantern, which was deployed in the following manner:

The light is suspended to a pole 25 feet high, an iron rod passing through a lug on each side of the lantern, to steady and keep it in position. A small shed at the foot of the pole receives the lantern when it is lowered, and is also used for storing the oil and necessary stores. In any case in which the light is not easy of access, a shelter shed measuring 12 x 16 and fitted as a cabin, is provided for the accommodation of the party attending it.

The lights were placed in operation on August 5, 1884, and Laughlin Morrison was hired as keeper of Gregory Island Light at an annual salary of $150. Due to the remoteness of his station, he was provided the small cabin described above. A lot of the traffic passing through St. Peters Inlet were steamers carrying passengers and mail between Port Mulgrave and Sydney. In 1892, a small breakwater was constructed on Gregory Island to protect the pole light and keepers cabin from the encroachment of the surrounding waters.

When Keeper Morrison passed away in 1897, his widow Mary was placed in charge of the light. She served until 1907, and was followed by Michael Sampson.

An enclosed lighthouse, of the following description, replaced the pole light on Gregory Island in October 1898:

The building, which stands close to the site of the pole on the west extremity of the islet, consists of a square wooden tower, with sloping walls, surmounted by a square wooden lantern. It is thirty-three feet in height, from its base to the ventilator on the lantern, and is painted white throughout.

The light is fixed red dioptric of the 7th order, elevated thirty feet above high water. The work was done by Mr. Alexander McCuish, of St. Peters, whose contract price was $387.

In 1951, a battery-operated light with a four-place lamp changer was installed in the lighthouse along with a sun switch to turn the light on and off. With these changes, the services of William Digout, the last keeper, were no longer needed. Keeper Digout was allowed to remove the dwelling from Gregory Island to nearby French Cove for his personal use.

After water undermined the southwest corner of the lighthouse, a rock and mortar foundation was built to support part of the tower in the fall of 1970. In 1982, a white fibreglass tower with two red stripes was bolted to a concrete pad on Gregory Island to serve as the new light. Eight guy-wires were used to steady this tall, narrow tower.

In 2014, a square, skeletal tower, with green and white daymarks having a black square at their centers, replaced the fibreglass tower.

For a larger map of Gregory Island Lighthouse, click the lighthouse in the above map.

Gregory Island Lighthouse is best seen by boat, as the surrounding shore is occupied primarily by private homes.