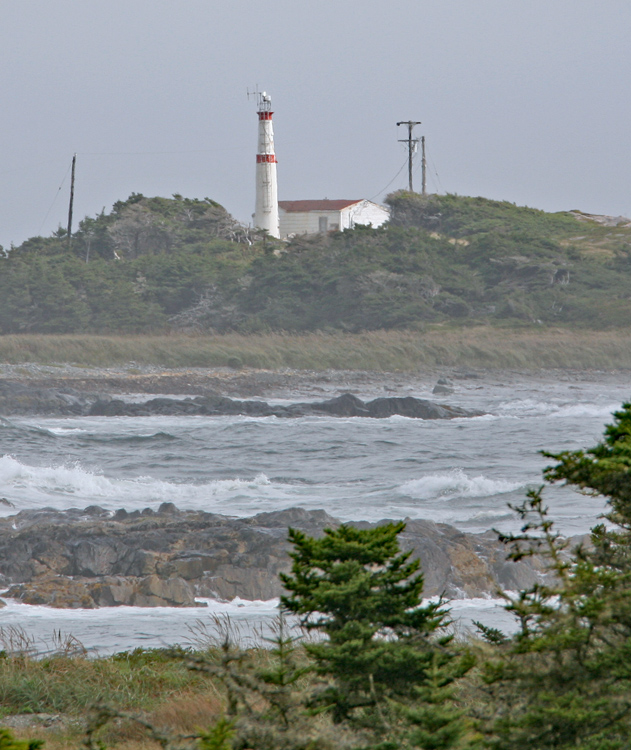 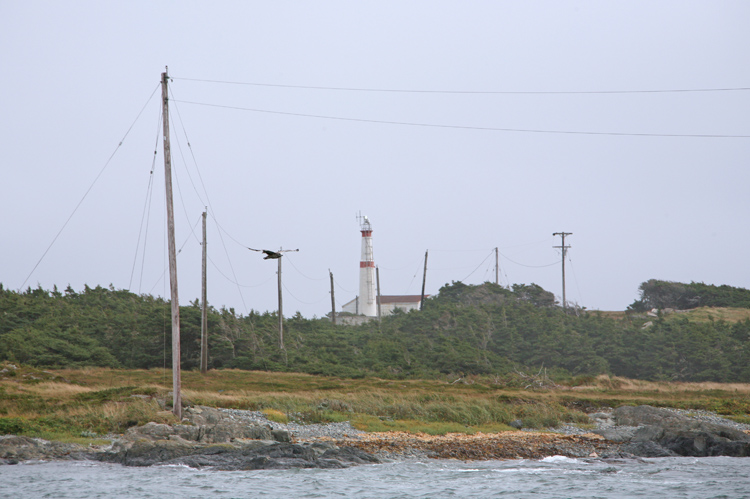 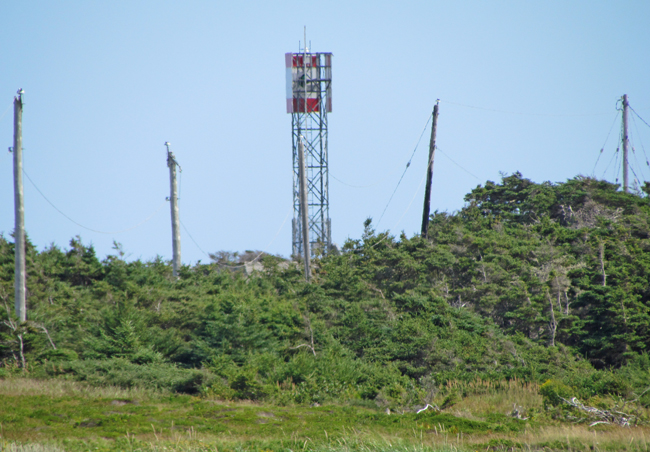 Fourchu is a small settlement on the eastern side of Cape Breton. To reach the harbour at Fourchu, fishermen had to avoid the dangerous Fourchu Rocks and Flat Ledge offshore and then pass north of Fourchu Head to enter Fourchu Inlet, which leads to the harbour. Fourchu Head should not be confused with Cape Forchu, which was at times spelled Cape Fourchu, located near Yarmouth. Fourchu is French for cleft or forked, and the entrance to Fourchu Inlet definitely fit this description as one could have entered the inlet passing either north or south of Fourchu Head until a 260-metre-long breakwater was built to connect Fourchu Head to land.

In 1908, the Department of Marine announced the completion of a lighthouse on Fourchu Head:

A light house was established on Fourchu head (the point on the south side of Fourchu inlet), Cape Breton. The tower stands near the end of the point, 130 feet back from high water mark, on land elevated 20 feet above high water mark. The tower is an inclosed wooden building, square in plan, with sloping sides, surmounted by a square wooden lantern, the whole painted white. The height of the tower from its base to the top of the ventilator on the lantern is 32 feet. The light is a fixed red dioptric light of the sixth order, elevated 48 feet above high water mark, and visible 8 miles from all points of approach. The work was done by contract, by Mr. Lawrence Mury, of Amherst West, N.S., the contract price being $700.

Albert Hooper was appointed the first keeper of Fourchu Head Lighthouse on May 18, 1908 at an annual salary of $120. He served for just over a year, and then George Hardy took charge of the light.

A fog alarm building was constructed on Fourchu Head in 1956 to house a diaphone horn that sounded a pair of two-second blasts each minute. For some time before this, a bell was tolled every twenty seconds when needed.

On January 15, 1967, the Iceland II, a ninety-one-foot, steel-hulled, stern dragger, sailed out of Souris, Prince Edward Island, to fish the waters off Nova Scotia until the ice which covered the Gulf of St. Lawrence broke up. Johanna didnt want John Hendsbee, her husband of four years, to go out on the trip, but she didnt ask him to stay on shore. It was the first winter trip he had done, and he said he should be home in about a month.

He telephoned Johanna on February 17, the day his daughter turned one. Five days later, a terrible storm hit the Maritimes. The old house was shaking, Johanna recalled. I would wake up, fall asleep, wake up, and think are they OK, are they alright, this is a terrible storm. Anyway, I finally fell asleep and I dreamed that they were all dead in the water. The dream turned to reality a few days later when a fisherman, who was too ill to make the trip, creating an opening for Hendsbee, showed up on her doorstep with news that the wreck of the Iceland II had been discovered near Fourchu Head. There were no survivors.

Hendsbee had told his wife that he wanted her to wear his wedding band should anything happen to him. She scolded him for talking like that, but the wedding band was all that she got back. Johanna chose not to see her husbands body after learning it had been badly mangled. A closed-casket ceremony was held before the remains were buried in Souris. A fishermens memorial in Souris bears the names of the ten men who lost their lives with the wreck of the Iceland II.

The storm that claimed the Iceland II and at least two other fishing vessels had winds that topped 100 m.p.h. and was accompanied by blinding snow. The Icleand II had left the fishing grounds and was trying to seek harbour to avoid the storm when it ran aground. For years, pieces of the wreck were visible near the shore, but nothing can be seen along the shore today.

Personnel at Fourchu Head relayed radio-phone messages to help coordinate the search for bodies from the wreck and recovered two bodies themselves.

Commercial power reached Fourchu Head in 1970. An electronic foghorn was placed in operation in 1974, and a round, fibreglass tower, topped by a beacon, replaced the traditional lighthouse in 1979, but the station remained staffed up until 1988, when Robert Spears, the last keeper, left. The two dwellings were subsequently disposed of, leaving just the skinny white tower and an equipment shed on Fourchu Head.

In 2015, the Canadian Coast Guard put up a galvanized, square, skeletal tower on Fourchu Head to replace the white, fibreglass tower with its two red bands. The characteristic of the light remained the same  a two-second white flash followed by four seconds of darkness. In May 2015, the Coast Guard announced its plans to discontinue the fog signal at Fourchu Head and gave the public three months to provide feedback. The fog signal was subsequently silenced.

For a larger map of Fourchu Head Lighthouse, click the lighthouse in the above map.

From Fourchu, continue east on St. Peters Fourchu Road Extension until the road ends. Fourchu Head Lighthouse can be reached by crossing the breakwater.


In the 1975 movie Jaws, Chief James Brody flips through the pages of a book on sharks to learn about the menace that is terrorizing Amity Island. The pages of this supposed book were actually taken from various publications, including the article Sharks: Wolves of the Sea that appeared in the February 1968 edition of National Geographic. This article has a couple of paragraphs and a painting that tell the story of a great white shark, a real-life Moby Dick, that attacked a dory off Fourchu Head.

John Burns and John MacLeod were checking lobster traps on July 9, 1953, when they noticed a rippling in the water followed by the emergence of a large dorsal fin. The shark tore a two-foot hole in the dory and then swam off, leaving the men at the mercy of the sea. After the dory had taken on a significant amount of water, it capsized. John Burns drowned, but John MacLeod managed to cling to the dory and survive. A tooth was extracted from the dory and sent to the Harvard Museum of Comparative Zoology, where it was determined to be from a twelve-foot-long great white shark weighing about half a ton.