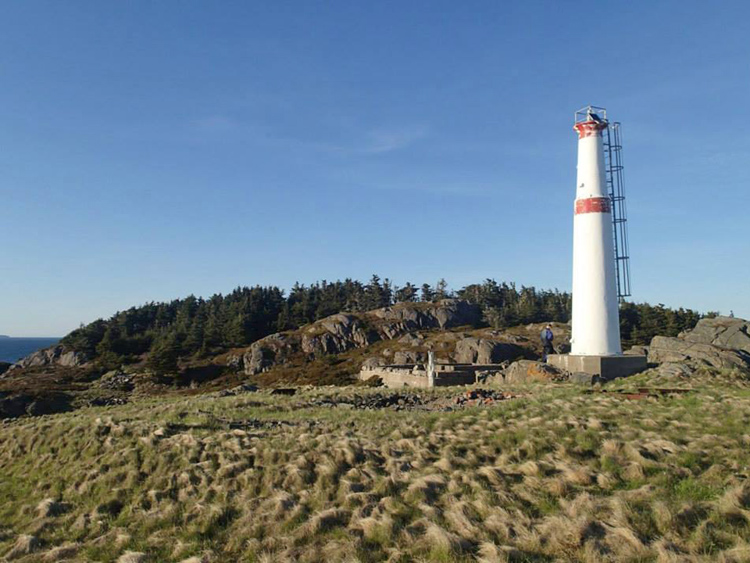 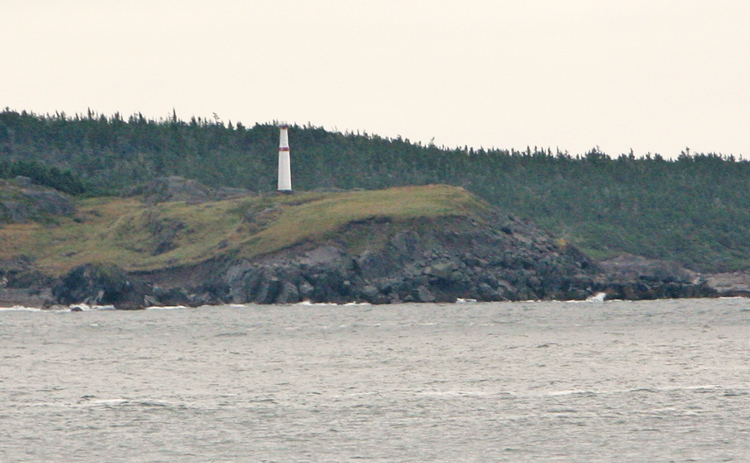 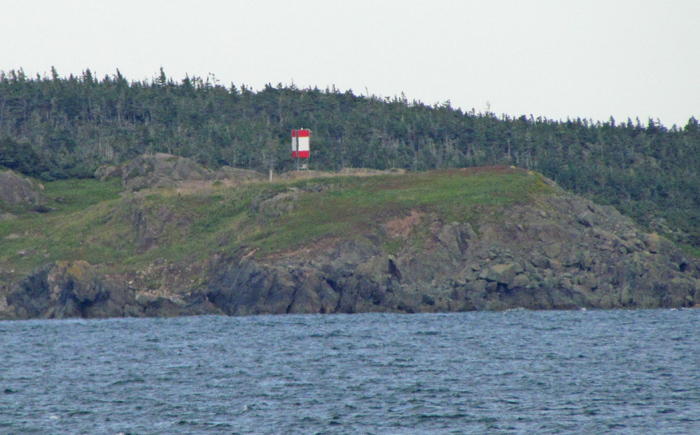 Scatarie Island lies off the northeast tip of Nova Scotia, and is the easternmost point in the province. A lighthouse was built on the eastern tip of the island in 1839, and in 1854, shipmasters and merchants on Cape Breton petitioned the provincial government for a lighthouse to mark the western tip of the island as well. The desired lighthouse was included on the list of lighthouses that could be built that year with the 2,000 pounds allocated by the government, but it was on the bottom of that list and wasnt built.

In 1869, after Confederation, Thomas P. Jost, the Superintendent of Lighthouses in Nova Scotia, recommended that a leading light be placed on the west end of Scatarie Island to enable vessels to sail through Main-à-Dieu Passage. In scant wind, he believed mariners could run through the passage when they could not fetch around the east end of the island and save a distance of ten or fifteen miles in so doing.

Jacob Bowser was awarded a $1,600 contract to build the lighthouse, which consisted of a rectangular one-and-half-storey dwelling with a square tower rising from one end. Several of these church-like lighthouses were finished in Nova Scotia around this time, including ones at Apple River, Ingonish Island, East Ironbound Island, and Pugwash. Bowser finished the lighthouse in 1870 but due to delays in receiving the needed lamps from Montreal, the light was not placed in operation until August 1, 1871.

James Burke was temporarily placed in charge of the light at an annual salary of $300, but his appointment must have soon been made permanent, as he spent the next thirty years at the station. In 1901, William P. Anderson, the Chief Engineer of the Department of Marine, visited the lighthouse. Anderson reported that Keeper Burke was a very old man and recommended he be replaced by a younger...and more vigorous man. This change occurred in 1902, when fifty-five-year-old John Pope replaced the eighty-year-old James Burke as keeper.

Main-à-Dieu Lighthouse initially displayed a fixed-red light eastward, to distinguish it from the revolving white light on the east end of Scatarie Island and the fixed white light at Louisbourg, and a fixed-white light to the north. In 1874, four wire stays were attached to the lighthouses tower to steady the structure during high winds. A four-foot-tall stone retaining wall was built around three sides of the lighthouse that same year, and the fifteen feet of space between the wall and lighthouse was filled with dirt and then covered with gravel.

In 1877, a lantern room with a diameter of 7 1/3 feet was landed on the island to replace the existing lantern room, which had a diameter of 4 ½ feet. It was hoped that the light would be greatly improved when new lamps were provided to go with the new lantern room. A fourth-order Fresnel lens was placed in the lantern room in 1912.

On November 8, 1934, a $6,718 contract was awarded to J.N. MacDonald to build a new Main-à-Dieu Lighthouse. The plan used was one that had been deployed at several other stations during this time period: a square, two-storey dwelling, with a square tower centered atop a hipped roof. Benjamin Campbell was keeper when the second lighthouse was built, and he would serve until his death in 1945 of pneumonia. Eliza Campbell, Benjamins widow, replaced her husband as keeper and looked after the light until it was automated in 1965. Fishermen formerly lived on the island, not far from the lighthouse, but for about the last ten years of her service, Eliza was the only inhabitant on the west end.

The vacant lighthouse fell victim to vandals over the years. In the most egregious instance of vandalsim, the padlock and hasp securing the entrance door were shot off, the lantern room door was broken down, and five panes of glass in the lantern room were smashed.

In 1979, a white fibreglass tower, with two red bands, was placed atop a concrete foundation at the station, and the old wooden lighthouse was demolished. A skeletal tower with three rectangular red-and-white daymarks replaced the fibreglass tower in 2015 and displays a flashing white light.

For a larger map of Main-à-Dieu Lighthouse, click the lighthouse in the above map.

Main-à-Dieu Lighthouse is best seen by boat, but a distant view is possible from near the harbour at Main-à-Dieu. Coastal Adventures offers sea kayaking tours that pass by the lighthouse.