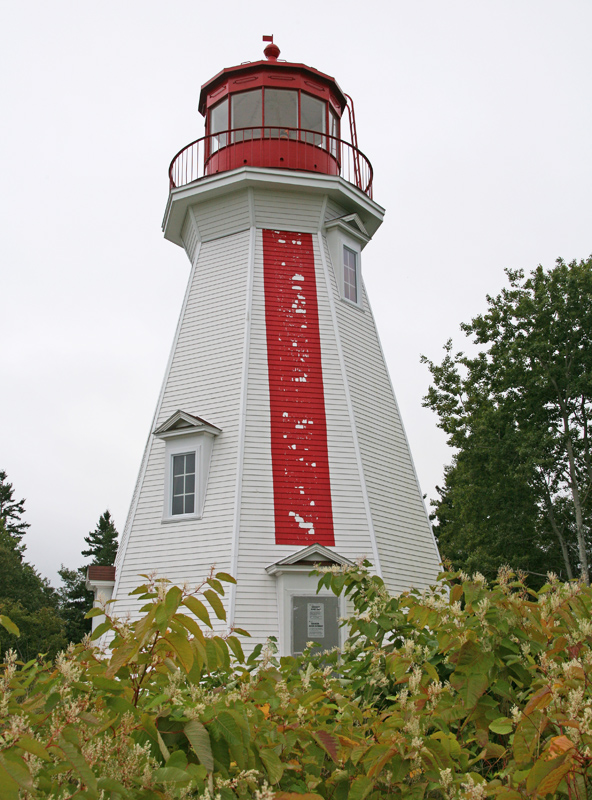 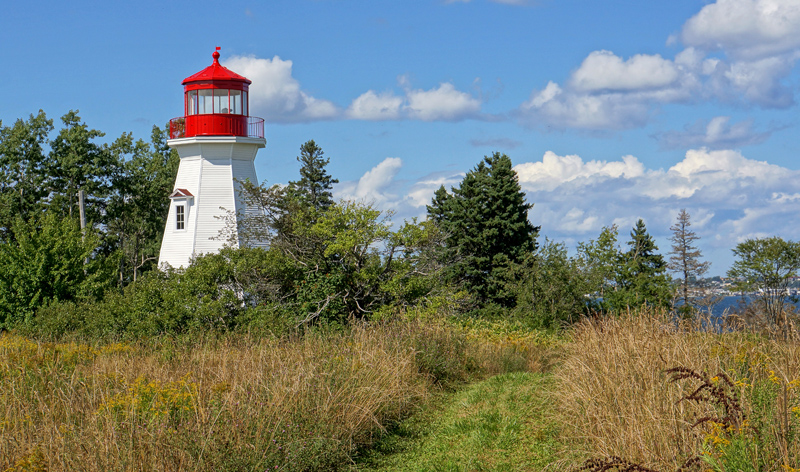 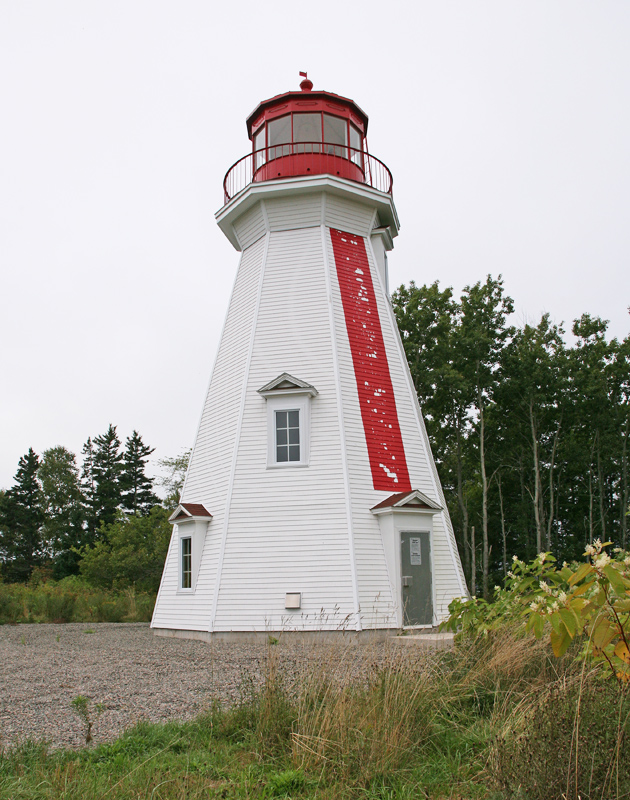 Sydney Harbour, the most important harbour on Cape Breton Island, is entered between Cranberry Head on the west and Low Point (Flat Point) on the east. Nearly seven kilometres inside the harbour, Northwest Bar and Southeast Bar (South Bar) extend out respectively from the west and east sides of the harbour, greatly restricting the width of the navigable channel. Two kilometres south of the bars, Sydney Harbour forks into West Arm and South Arm at Point Edward. West Arm forms part of the port of North Sydney, and South Arm makes up the port of Sydney.

A lighthouse was constructed on Southeast Bar in 1872, but it wasnt until over thirty years later that range lights were built near Point Edward to indicate the proper alignment for passing between the Northwest and Southeast Bars:

Range light buildings were erected near Dixon point, on the southerly side of the west arm of Sydney Harbour, Cape Breton Island, and the lights were put in operation on the opening of navigation, 1905.

The front tower stands on the point one mile to the westward of Edward Point and 1/3 mile to the eastward of Dixon Point, on ground 14 feet above high-water mark and 165 feet back from the waters edge of the mainland inside the sand bar.

The tower is an octagonal wooden building with sloping sides, painted white. It is surmounted by a red polygonal iron lantern. The tower is 63 feet high from its base to the vane on the lantern.

The light is a fixed white catoptric light, elevated 58 feet above high-water mark, and should be visible 13 miles in, and over a small arc on each side of, the line of range.

The back tower stands ½ mile S. 59° W. from the front tower, on land 88 feet above high-water mark. It is a wooden building, square in plan, with sloping sides, surmounted by a square wooden lantern, the whole painted white. The tower is 38 feet high from its base to the ventilator on the lantern.

The light is a fixed white catoptric light, elevated 120 feet above high-water mark, and visible 17 miles in, and over a small arc on each side of, the line of range.

The lights were erected by contract by P. L. McFarlane, of Baddeck, N.S., the contract price being $2,124.

The octagonal tower that exhibited the front range light was a twin to Henry Island Lighthouse, which was built a couple of years earlier. Most range towers used in Nova Scotia were square, so the front tower was unique.

In 1907, a fourth-order lens was installed in the lantern room of the front range tower, changing the characteristic of that light from fixed white to a revolving white light.

In December 1947, the superintendent of pilots requested that the range towers be painted international orange so they would be more visible when snow was on the ground. The following year, a Notice to Mariners indicated that the towers had been painted yellow rather than orange. The change must not have been received well as the towers were painted white again a couple years later, but a red horizontal band was added to the towers to make them more visible in the daytime. By this time, the towers were both displaying fixed green lights.

In 1965, the status of Roy Lewis, who had been keeping both range lights, was changed from keeper to caretaker after the lights were fully automated.

In 1972, the red bands on the range towers were changed from horizontal ones to vertical ones. At first, they were only a couple metres long, but they were later extended to run from the ground to the lantern room. Vertical stripes seem a natural choice as they allow mariners to more easily align the towers, one above the other, during the day.

In 2009, the Department of Fisheries and Oceans (DFO) replaced the wooden rear tower with a square skeletal tower that is fitted with a red-and-white trapezoidal daymark. The following year, DFO replaced the historic wooden front tower, which was badly rotten, with a modern tower built using long-lasting materials. The old lantern room from the original front tower was refurbished and placed atop the modern tower. The two towers now display an isophase yellow light that is on for two seconds and then off for two seconds. This picture of the front tower was taken in 2008, just two years before it was demolished.

For a larger map of Sydney Range Front Lighthouse, click the lighthouse in the above map.

From NS-125, west of Syndey, take Exit 4, and travel northeast on NS-239 for 5.5 km (3.4 miles) before turning left onto a dirt road. The lighthouse is just a short drive down the dirt road.