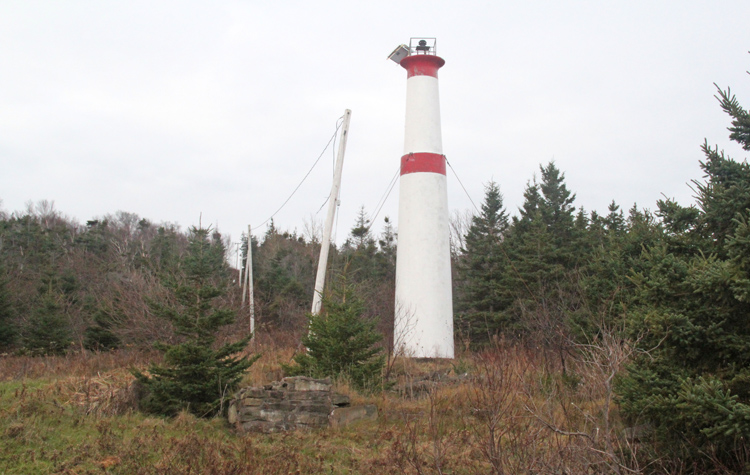 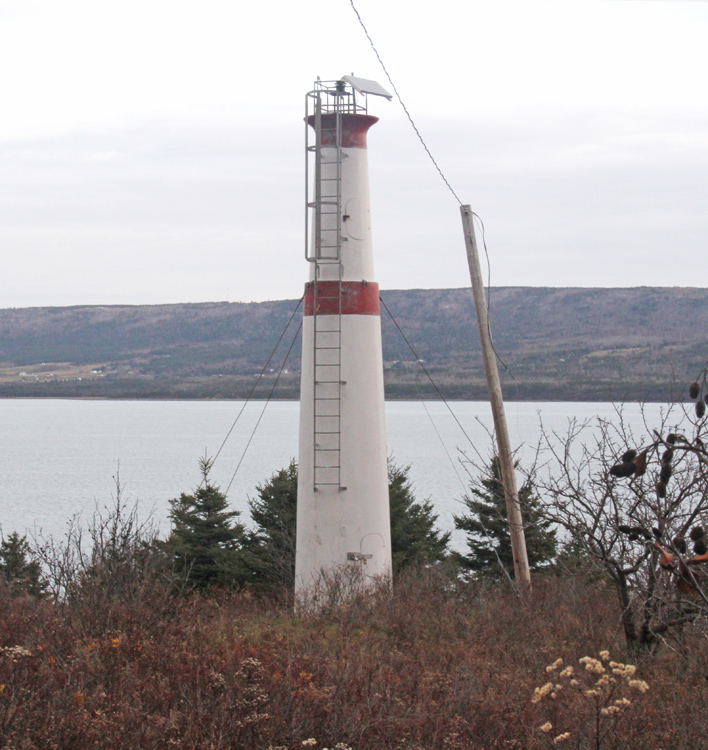 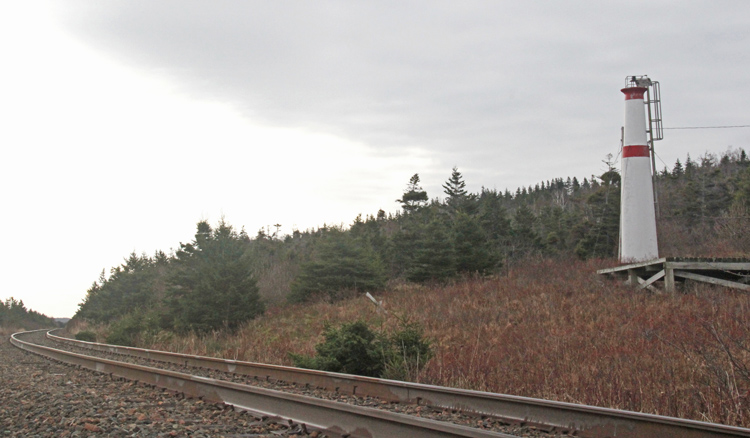 Canso Strait, also known as the Gut of Canso, separates Cape Breton Island from the Nova Scotia mainland. The narrow, roughly twenty-five-kilometre-long passage links Chedabucto Bay in the Atlantic Ocean with St. Georges Bay in Northumberland Strait, a sub-basin of the Gulf of St. Lawrence. In 1840, the Lighthouse Committee of the House of Assembly of Nova Scotia recommended that the petition of Robert McDonald for a lighthouse on Cape George, the lofty headland that defines the northwest entrance to St. Georges Bay, should be complied with, but not before a survey of the coast was made to determine if it were the most eligible site. As a result of the survey, a lighthouse, known as North Canso Lighthouse, was built on the west side of the northern entrance to the Strait of Canso instead of on Cape George. A contract was awarded to Benjamin Heany for the construction of North Canso Lighthouse, and the structure was built in 1842. Due to unforseen difficulties arising in the prosecution of the work, Benjamin Heany ended up incurring a loss in constructing the lighthouse. He petitioned the House of Assembly more than once for a grant to offset the loss, but no evidence of his being remunerated was found.

George McKay was hired as the first keeper of the lighthouse and was given a salary of £100 plus £15 for a fuel allowance. Keeper McKay was known for keeping a good light as evidence by this glowing report William Condon made in 1857:

A fixed white light from three catoptric lamps, with reflectors, and seven Argand lamps without reflectors. The building is square and painted white, and is used both for a light house and dwelling. Arrived at this place on the 30th of June, landed stores and inspected the establishment. I found everything appertaining to lantern, lamps, &c. in perfect order, and the dwelling part of the house very clean and neat. This light has a very good reputation for being always well kept, and the keeper has the name of being very attentive to his duties.

George McKay passed away in 1882, and Robie McKay, his son, was appointed keeper in his stead. The lantern room deck atop the lighthouse was rebuilt in 1891, and a new lantern room, with a diametre of twelve feet, was installed in place of the old one that had been condemned. That same year, using day labour, foreman James McKay rebuilt a corner of the foundation, repaired and shingled the barn, and rebuilt the road to the boat landing  all for $950.

In 1899, the front door of the lighthouse was moved from the north side of the lighthouse to the south side. The illuminating apparatus was improved in 1913 through the installation of a single-flash, long-focus reflector in place of the old catoptric apparatus.

The illuminant was changed to electricity in 1960, and the light became unwatched. J. X. DeCoste then served as caretaker of the light until November 1, 1964. A white, circular, fibreglass tower, marked by two horizontal red bands, was bolted to a concrete pad on the point in 1966 to take the place of the old 1842 lighthouse. The light atop the fibreglass tower was discontinued in late 2013, and the tower was reportedly removed from the site in 2017.

For a larger map of North Canso Lighthouse, click the lighthouse in the above map.

The lighthouse was owned by the Canadian Coast Guard. Grounds open, tower closed.