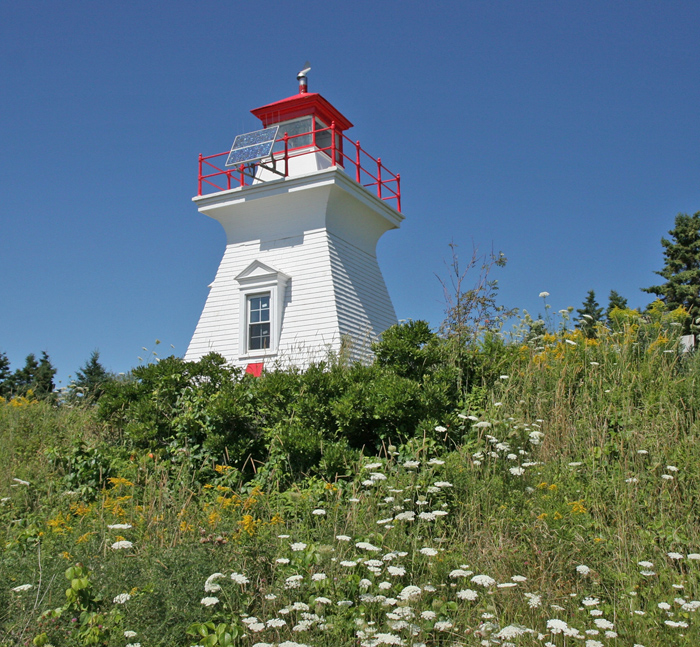 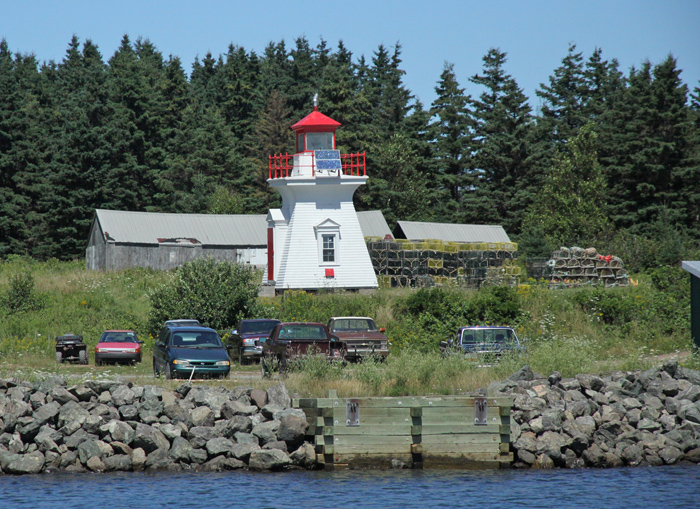 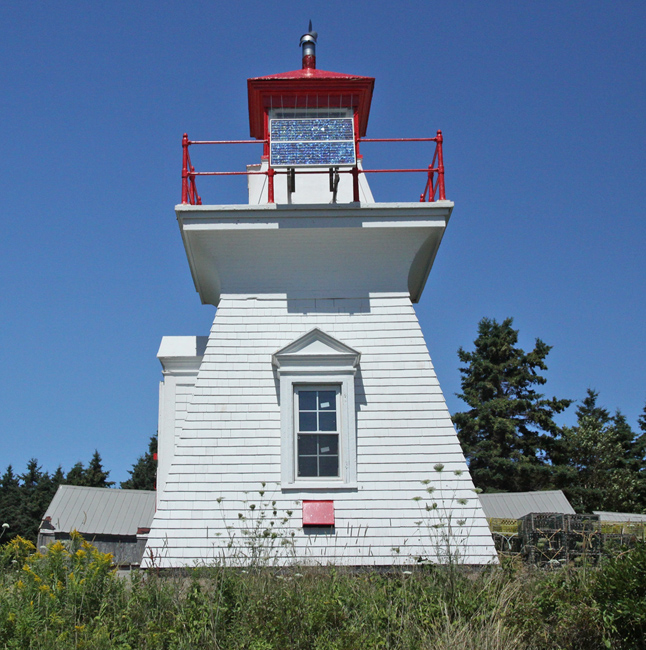 A lighthouse was placed in operation on the southeast end of the island in 1853, and one on the southwest end was first activated in 1905. Work on a third lighthouse for the island, to mark the wharf, began in 1906 and was described in the 1907 edition of the Annual Report of the Department of Marine.

A lighthouse was established at the government wharf on the south side and near the west end of this island, and was put in operation on the opening of navigation in 1907. The lighthouse tower stands on the top of the bank near the wharf, on land 11 feet above high-water mark and 35 feet back from the waters edge. It is an enclosed square wooden building, with sloping sides, surmounted by a square wooden lantern, the whole painted white. It is 26 feet high from its base to the top of the ventilator on the lantern. The light is fixed white dioptric of the sixth order, elevated 32 feet above high-water mark, and visible 10 miles from all points of approach by water.

This work was carried out by days labour under the direction of Nova Scotia agency at a cost of $1,926.28.

Hugh McLean was hired as the first keeper of the wharf lighthouse, and a dwelling was built for him in 1907.

From 1951 to 1974, the lighthouse also served as the rear light of a range to guide vessels into the harbour. The front light was a lantern on a pole situated on the east breakwater.

As skeletal towers have replaced the lighthouses that marked the east and west ends of the island, the wooden lighthouse at the wharf is the only historic lighthouse remaining on the island. This tower is known today as Pictou Island South Lighthouse, and in February 2015, it was designated a heritage lighthouse, which means renovations made must follow strict requirements. The small community of permanent residents on the island treasure the lighthouse as it is one of just a few public buildings on the island.

For a larger map of Pictou Island South Lighthouse, click the lighthouse in the above map.

Pictou Island can be reached by ferry from Caribou. Pictou Island South Lighthouse is visible from the ferry landing.