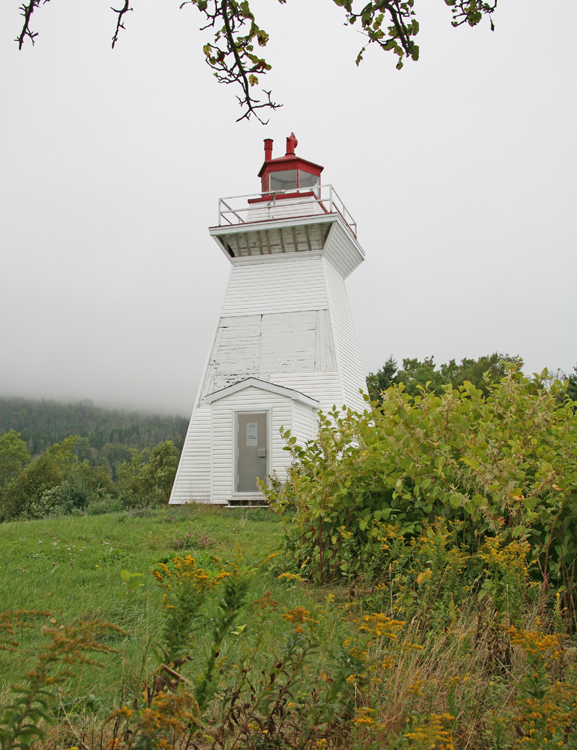 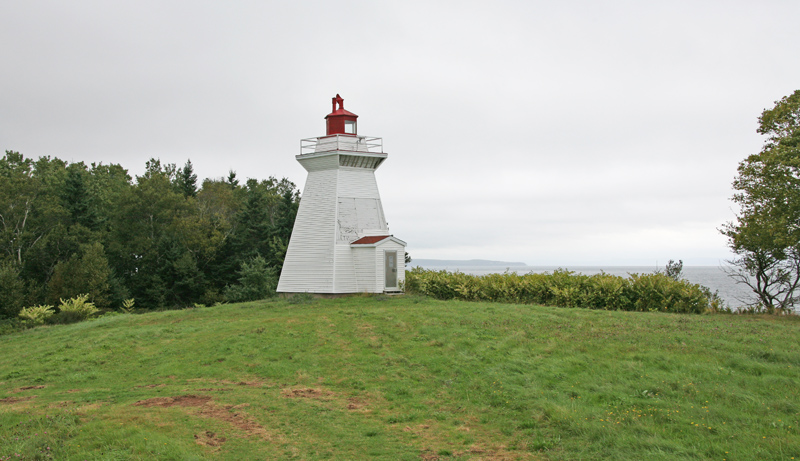 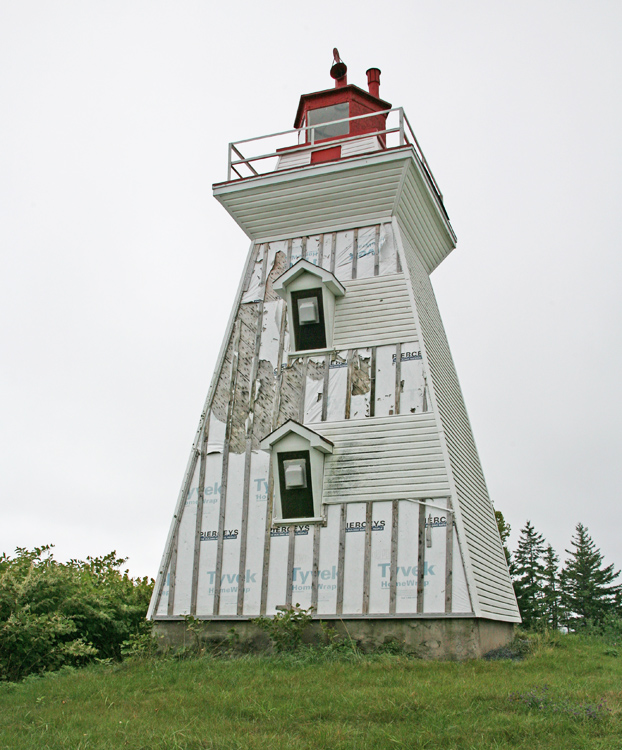 Washabuck Peninsula in Bras dOr Lake is almost an island, being attached to Cape Breton only by a narrow piece of land on its western end. Two ferries formerly served the peninsula, one at Little Narrows and one at Grand Narrows. Grand Narrows, also known as Barra Strait, is just over one kilometre wide and connects the northern and southern basins of Bras dOr Lake. The Intercolonial Railway of Canada built Grand Narrows Bridge, Nova Scotias longest railway bridge, in the late 1880s to connect Sydney with Port Hawkesbury. The bridge connects Uniacke Point on the west with Kelly Point on the east and has a swing span to permit the passage of marine traffic through the strait. Ferry service across Grand Narrows continued until 1993 when Barra Strait Bridge, carrying Route 223, was completed parallel to the railroad bridge. The Department of Marine built a lighthouse on Uniacke Point in 1874 to guide mariners through Barra Strait. Not long after the Grand Narrows Bridge was completed in 1890, the Department of Marine decided to discontinue the light on Uniacke Point and replace it with one at Gillis Point, located roughly seven miles north of Uniacke Point.

The Annual Report of the Department of Marine and Fisheriesof 1895 noted the completion of the lighthouse at Gillis Point:

The new lighthouse at Gillis Point, Bras dOr Lake, to which reference was made in last years report, was duly completed and put in operation on the 1st of January this year. The light is fixed white, elevated 74 feet above highwater mark, and should be visible 14 miles from all points of approach by water. The illuminating apparatus is dioptric of the seventh order.

The light building, which is of wood, stands about 300 feet westerly from the extremity of the point, and consists of a square pyramidal tower, with a small dwelling for the keeper attached. It is painted white and the tower is surmounted by an iron lantern painted red. The height of the tower from its base to the vane on the lantern is 38 feet.

F.X. McNeil, who had been the keeper of Grand Narrows Lighthouse on Uniacke Point, was transferred to Gillis Point, but later that year, Philip E. McNeil took over as keeper.

Hector McLean replaced Philip McNeil as keeper in 1897, and the McLean family would be responsible for the light until 1967. The 1911 census shows Hector McLean was serving as a lighthouse keeper and resided with his wife Catherine and their ten children, who ranged in age from 18 down to eleven months. A. McPherson completed an addition to the dwelling at Gillis Point Lighthouse at a cost of $755 in 1912 that must have provided much welcomed living space for the McLean family.

Hector McLean died in 1916 or 1917, when he would have been around seventy, and Catherine, who was twenty-three years younger than her husband, became keeper of the light. Catherine served for over twenty years until her son Andrew M. McLean took charge of the light in 1939. Andrews wife died in 1959, and he was left to care for their six children, who ranged in age from one to fifteen. Andrew kept the light until 1967 and then moved to a rented house in Iona. He qualified for a twenty-five-year service award for his work at Gillis Point, but he had to apply for it himself, and it took over three years to arrive.

In 1978, Cummings Construction Ltd. of Port Hastings was hired to work on Gillis Point Lighthouse. The dwelling portion of the lighthouse, which had been unused since Andrew retired in 1967, was demolished, and the tower was renovated and covered in vinyl siding.

The Society for the Preservation of the Gillis Point Lighthouse owns the lighthouse.

For a larger map of Gillis Point Lighthouse, click the lighthouse in the above map.