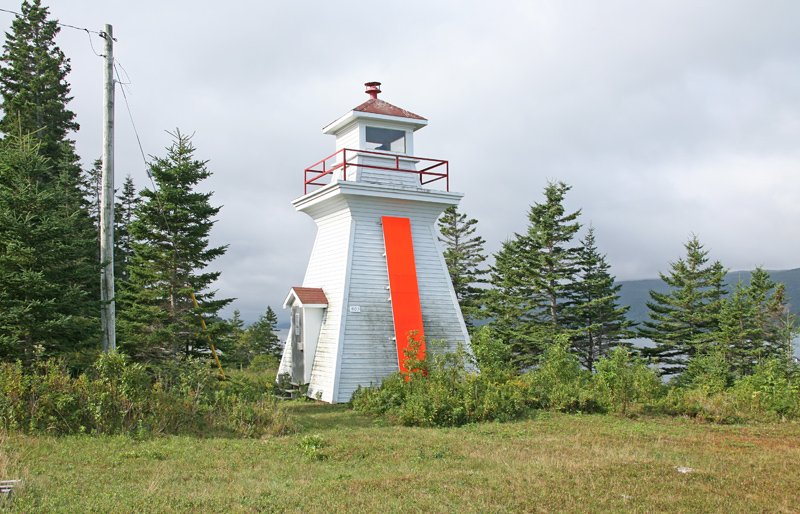 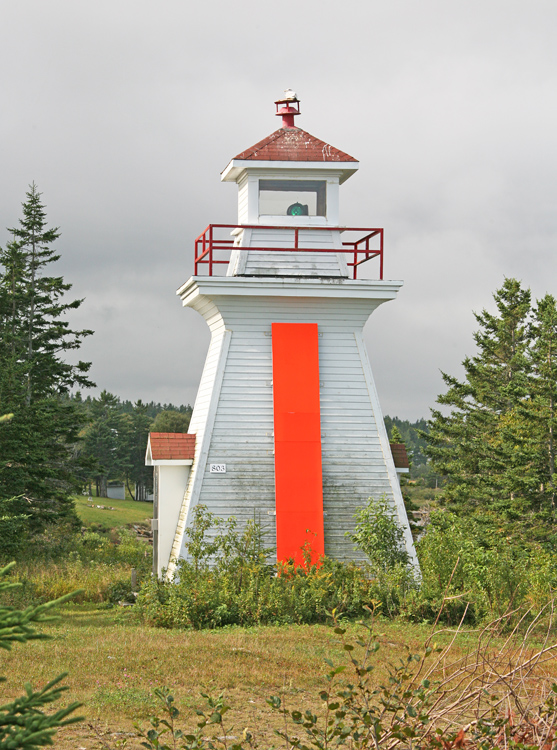 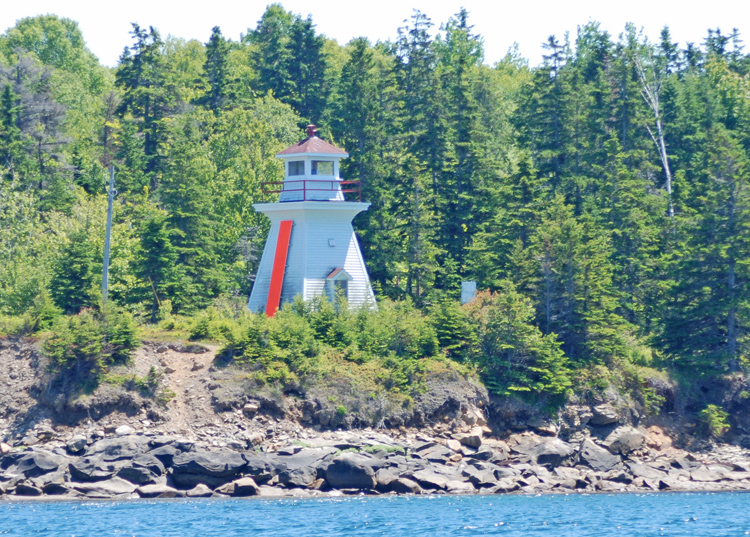 Bras dOr Lake, the inland sea that covers much of the heart of Cape Breton, is connected to the North Atlantic by two natural channels: Great Bras dOr Channel, which lies north of Boularderie Island, and Little Bras dOr Channel, which lies south of Boularderie Island. In 1869, St. Peters Canal was constructed at the southern tip of the lake to connect it to the Atlantic Ocean via the Strait of Canso.

In 1864, a lighthouse was built on Ciboux Island, just off the entrance to Great Bras dOr Channel, and four years later, Black Rock Point Lighthouse was established on the northeast shore of Boularderie Island. These two lights helped mark Great Bras dOr Channel, but a set of range lights was still need to help mariners find the proper alignment for avoiding shoals at the entrance to the channel. Sites for these range lights were selected in 1901 on Duffus Point, near where the channel constricts to its narrowest point.

In 1903, the Department of Marine announced the establishment of Great Bras dOr Range:

Range light buildings erected near the eastern entrance of Great Bras dOr, on the west side of Boularderie island, were put in operation, on the opening of navigation in 1903.

The front tower stands on Noir point, 35 feet back from the waters edge, and 16 feet above high-water mark. The tower is a square wooden building, surmounted by a square wooden lantern. It is 31 feet high from base to vane and is painted white. The lights is a fixed white seventh order, dioptric, light elevated 41 feet above high water mark, and visible 11 miles from all points of approach by water.

The back range tower is 46 feet high from the base to the lantern vane and stands on land 23 feet above high water mark, 1,689 feet S. 55° 15 W. from the front tower. It is a wooden building, square in plan, with sloping sides, surmounted by a square wooden lantern, the whole painted white. The light is a fixed white catoptric light, elevated 63 feet above high-water mark, and should be visible 13 miles in the line of range.

The two lights in one lead into Great Bras dOr clear of Middle shoal and Carey point bar on the starboard and clear of Blackrock shoal on the port hand.

The buildings were erected under contract by Mr. P. L. McFarlane of Baddeck; his price was $1,500.

A pole light had been established in 1886 on Carey Point, opposite Noir Point, to warn of shoals extending east from the point, but this light was discontinued at the opening of navigation in 1903 as Great Bras dOr Range made it unnecessary.

With a height of forty-six, the back tower is the tallest square, wooden lighthouse in Nova Scotia. Perhaps that is why the salary of Alexander Fraser was raised to $130 in 1909, five dollars more than Malcolm McLean was earning at the time for keeping the front light.

The range lights were electrified on November 7, 1956, and their colour was change from fixed white to fixed green so they could be more easily distinguished from other lights in the area. In March 1958, both towers were equipped with sun switches and battery-operated backup lights, and the range was de-staffed. John R. Squires, the last keeper of the rear light became caretaker of the range with an annual salary of $150. O.S. Douglas, the last keeper of the front light, took over the role of caretaker from Squires in 1959 and served until the position was eliminated a decade later.

Vertical red stripes were added to both towers in 1984.

For a larger map of Great Bras d'Or Range Front Lighthouse, click the lighthouse in the above map.

From NS-105 near the eastern end of Seal Island Bridge, go north on Old Route 5 for 6.8 km (4.3 miles), and then turn left onto Browns Lane. The front range lighthouse is located behind a private dwelling at the end of the lane.