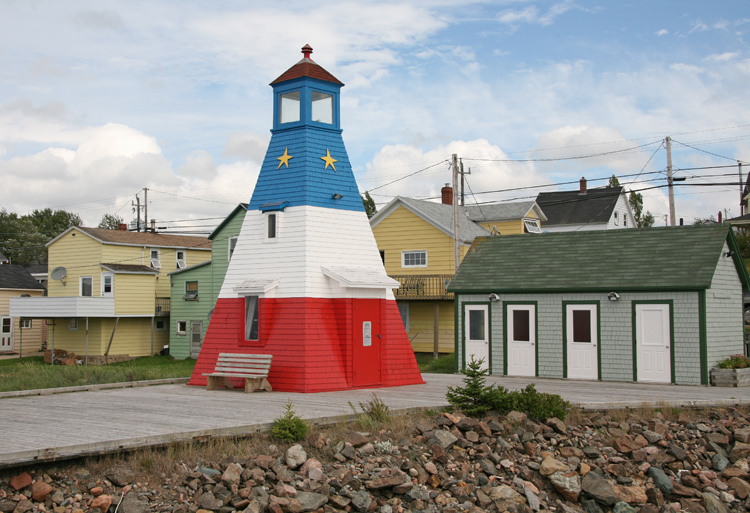 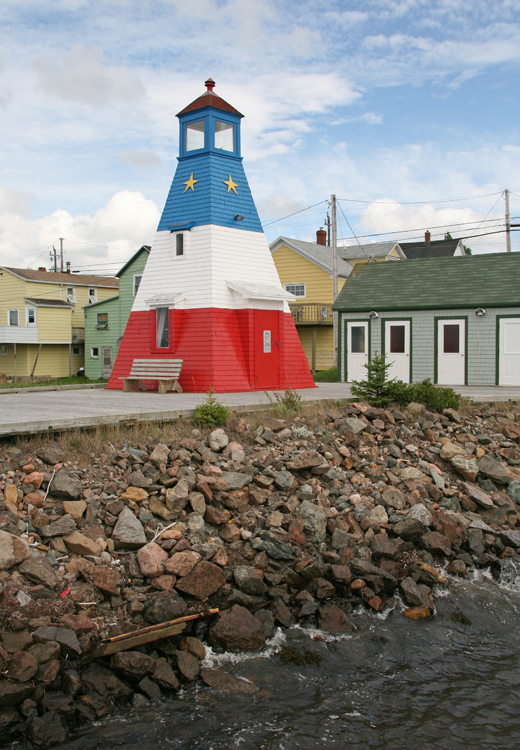 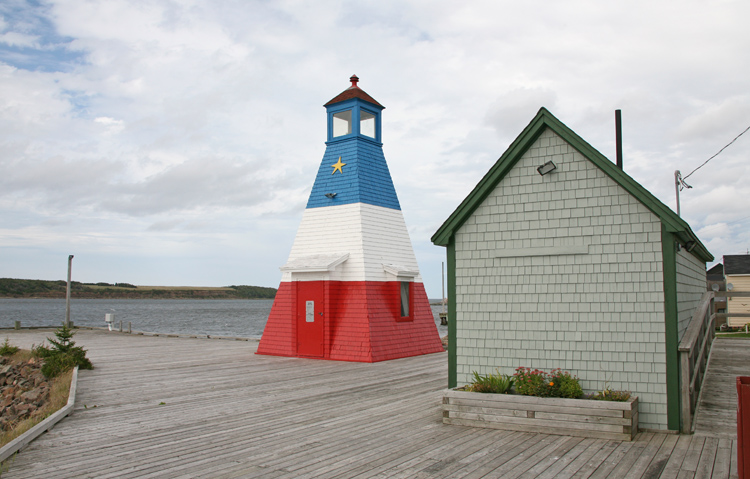 Cheticamp is a traditional Acadian fishing village situated between the waters of the Gulf of St. Lawrence and the highlands of Cape Breton Island. The village together with Saint-Joseph-du-Moine, its smaller neighbor, make up the largest Fracophone enclave on Cape Breton Island. For visitors, it is a great place to sample some typical Acadian food and see fine examples of rug hooking and other local crafts.

Cheticamp Island, which is roughly five kilometres long, in a north-south direction, and a kilometer-and-a-half wide, parallels the shore at Cheticamp and forms Cheticamp Eastern Harbour. Cheticamp Island is attached to the mainland at its southern end by a low, narrow beach and also offers mariners some protected anchorage near its southwest tip.

The entrance to Cheticamp Eastern Harbour lies between the northeast end of Cheticamp Island and Caveau Point on the mainland. To help mariners find the entrance to the harbour, range lights were established in the harbour in 1890 in the form of lanterns hoisted atop masts that had small sheds at their base. The front light of Cheticamp Harbour Range was fixed red and shown at a height of forty-five feet above high water, while the rear light was fixed white and displayed at a height of ninety feet above high water, distant 330 yards from the front light. A second set of range lights was built in 1897 on Caveau Point, north of those built in the harbour in 1890, to help mariners safely reach the outer harbour.

In its annual report in 1895, the Department of Marine noted that formal towers had replaced the pole lights at Cheticamp Harbour Range:

Two new inclosed towers have been constructed to replace the pole range lights up to the present in use. The work was done under the supervision of Mr. John Chisholm, employing local labour. The materials were purchased in Halifax and sent by the Newfield. The two towers were completed November 6th, and the lights were exhibited first in them on November 7th. Both towers cost only $560.00, a sum far below the lowest tender sent in ($998.00).

In 1950, the front tower was moved to a crib at the shoreline, and a tripod skeleton tower, with a white slatted daymark, replaced the enclosed rear tower. Cheticamp Harbour Range was discontinued in 1986 and later replaced by a sector light mounted on a round, white, fibreflass tower with a red band near its top.

After being discontinued, the front range tower fell under control of the village and is now part of Quai du Phare Marina. The tower kept its traditional white colouring for some time, but is now painted like an Acadian flag: red white and blue stripes, with a gold star in the blue stripe.

The sector light atop the fibreglass tower was discontinued in 2014, but this white tower is still standing at Quai Mathieu, about 335 metres south of the front range tower. Next to the fibreglass tower sits a large black buoy, which was anchored in the harbor from 1928 to 1946 to identify where the big gypsum boats could turn around without getting caught in the sand.

For a larger map of Chéticamp Harbour Range Front Lighthouse, click the lighthouse in the above map.

Follow the main road into Chéticamp to 15311 Cabot Trail.

The lighthouse is leased to Acadian Whale Cruise. Grounds/tower open.