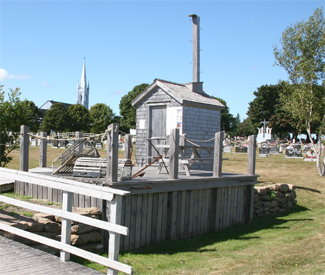 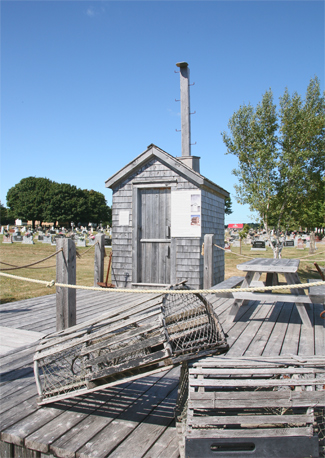 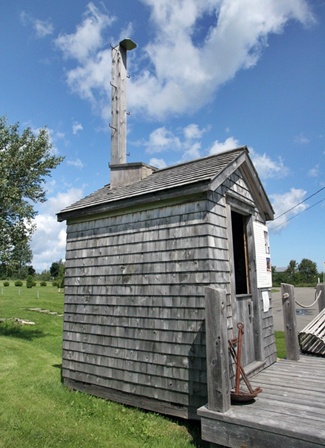 In 1912, a wharf was built in Grande-Digue that measured 15 by 180 feet and was made up of six blocks. A thirty-foot-square pierhead block was placed at the extremity of the wharf, and on this a shed was constructed in 1915 by day labour under the direction of John Kelly for $263.42. The light from an anchor lens lantern was displayed from the top of a thirty-foot pole attached to the shed. Eric Babineau was the first keeper of the light, and he was responsible for hoisting the light to the top of the mast each evening and lowering it each morning using a rope and pulleys.

The light served as a guide to fishermen and for the residents of Shediac Island. In 1950, the light was electrified, with power being provided by a battery.

The wharf was eventually abandoned in favor of another wharf, and sometime after 1960 the lighthouse was floated to Hervé Richard's shore, where it sheltered nets and fishing rigs for nearly forty years.

In 2006, Jacques Dufour and Edna Richard donated the lighthouse to Le Musée des Pionniers, where it was restored and placed on exhibit in 2007. The lighthouse is the only known surviving example of this style of light, which was widely used in New Brunswick.

For a larger map of Grande-Digue Lighthouse, click the lighthouse in the above map.

The lighthouse is owned by the museum. Grounds/lighthouse open.