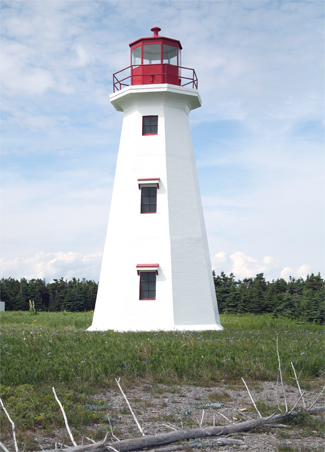 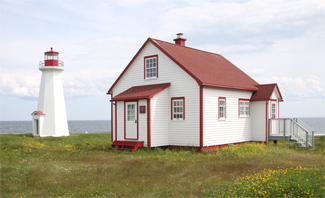 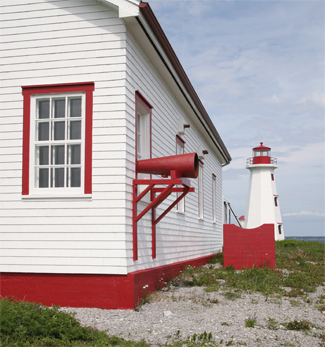 During his second voyage to Canada in 1535, Jacques Cartier sailed along the southern shore of Anticosti Island, rounded its western end, and due to contrary winds, sailed north. After roughly forty kilometers, Cartier discovered a very beautiful large bay scattered with islands, offering many coves where it was possible to anchor, even in bad weather. As the discovery occurred on August 10, the feast day of St. Lawrence, Cartier named this bay St. Lawrence. Later, mapmakers erroneously transferred this name to the nearby major river, while the bay named by Cartier is now known as Nickerson Bay. The beautiful bay and scattering of islands discovered by Cartier are now part of Mingan Archipelago National Park Reserve, which is known for its picturesque flowerpot rock formations found amongst the parks thirty limestone islands and over 1,000 islets and reefs.

Basque fishermen visited the archipelago in the sixteenth century, and remnants of their stone ovens, used to render whale blubber into oil, still exist on Île Nue de Mingan and Île du Havre de Mingan, though they are now covered by vegetation. Under French rule in the seventeenth century, the Mingan Archipelago was part of a large seigneury controlled by Louis Jolliet, who had earlier discovered Mississippi. Jolliet built a trading post on Île du Havre de Mingan to profit from the fur trade with the native Montagnais.

After the English gained control of Canada, trading along the upper north shore of the St. Lawrence continued under merchants, such as the Hudson Bay Company, but any non-native settlement in the area was prohibited. Once the ban was lifted around 1850, settlers moved in and established a fox breeding farm on Île du Havre and a commercial shellfish venture on Île Saint-Charles.

The first lighthouse to serve mariners in the area was built in 1888 on Île aux Perroquets, the westernmost island in the archipelago. In 1915, a second lighthouse was built just offshore from Havre-Saint-Pierre on Petite Île au Marteau (Little Hammer Island), which appeared in early light lists as Walrus Island. That year, S. Menier was paid $3,573 to construct a square dwelling with a square lantern rising from the centre of its hipped roof, along with an oil shed and boathouse. Charles Boudreau was hired as the keeper of the lighthouses fixed white light, which was beamed forth from a fifth-order lighting apparatus at a focal plane of forty-five feet. The light was lit for the first time on August 11, 1915.

A fog alarm building was added to the station in 1917 to house a diaphone horn that sounded a two-and-a-half-second-blast every forty seconds. The light and foghorn on Petite Île au Marteau worked in conjunction with three lights and fog alarms built on the northern coast of Anticosti Island in 1918 and 1919 to guide vessels through Jacques Cartier Strait.

In the early days of the station, the keepers and their families would access the island over the ice in early spring using dogs and horses to transport the necessary supplies to the island. Before radio arrived on the island in the 1950s, flags were used to send messages between the mainland and the station. For example, a pink or a blue flag was flown on the mainland to let the station know whether a keeper's wife had given birth at the hospital to a baby girl or boy.

Between 1934 and 1949, a total of six school teachers lived on the island to instruct the children of the keeper and his assistant. Class was held in a workshop in the fog alarm building, adjacent to the engine room. During periods of fog, school was cancelled as the engines were too noisy. Before a separate dwelling was built for the head keeper in 1952, the two keepers and the school teacher all lived in the 1915 lighthouse.

In 1955, the light on Petite Île au Marteau was transferred to a thirty-eight-foot-tall, reinforced-concrete, octagonal tower, built by Gulf Maritime Construction Ltd. A revolving light, controlled by a weight-driven clockwork mechanism, produced a white flash every eight seconds. Gauthier & Gagne were hired in 1965 to construct a new keepers dwelling and demolish the old one (the one that was part of the original lighthouse). That same year, two electrical generators were installed in the fog alarm building to power all of the light station's buildings.

A steel, skeletal tower was erected on the island in 1976 to exhibit the stations light, but the concrete lighthouse was left standing. The light atop the metal tower displays a white flash every two-and-a-half seconds. The light was automated in the early 1980s, and the last resident keepers left the island in 1987.

Before the light was automated, the keepers on Petite Île au Marteau were required to light the lamps one hour before sunset. Roland Boudreau related how his father, Keeper Rosaire Boudreau, taught him to tell when it was time to activate the light : Its when you stretch your arm out in front of your eyes and place your hand between the sun and the horizon: if there is just enough space for four fingers, its time to light the lamp, because the width of each finger equals fifteen minutes.

As part of Canadas Economic Action Plan, Mingan Archipelago National Park Reserve received over two million dollars to renovate its facilities, including the light station on Petite Île au Marteau. The exterior of all the stations buildings, along with the interior of the newer keepers dwelling and foghorn building, were restored. Other enhancements on the island included expanded wharves, modified trails, and enhanced visitor facilities. Completion of the work, which will make it possible to welcome visitors arriving by cruise ships, was announced in October 2010.

The renovation work performed on the lighthouse station at Petite Île au Marteau and improvement of visitors facilities on the islands will enhance tourist attractions in the Minganie, said Member of Parliament Jacques Gourde. Thanks to these projects, new products will be developed which will further diversify services offered by Parks Canada as well as increase interest among cruise promoters for this beautiful area. Moreover, these improvements will contribute to enhance the reputation of this choice stopover.

For a larger map of Petite Île au Marteau Lighthouse, click the lighthouse in the above map.


We visited Petite Île au Marteau in 2012, and the station's buildings were still glistening white. The interior of the newest keeper's dwelling has been restored to the 1960s, and the furnishings kind of reminded me of my childhood home. The Park Service occasionally has programs and community events in the station's garage, where the DCB formerly used in the station's lighthouse is housed.