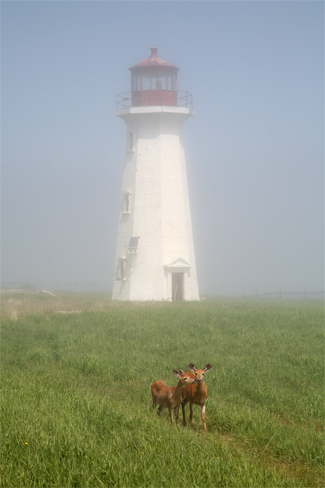 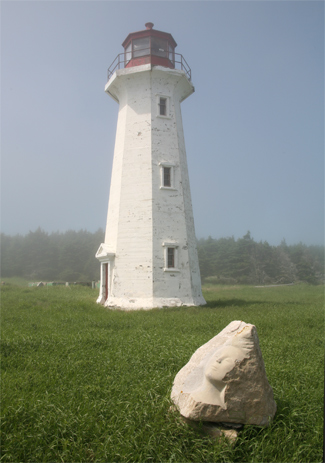 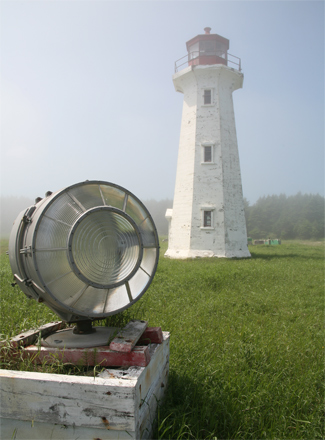 Of the hundreds of shipwrecks along the Anticosti coastline, few compare in gruesomeness to that of Granicus. On October 29, 1828, the brig set sail from Quebec City bound for Cork, Ireland, with a cargo of timber. Under the direction of Captain Robert Martin, the Granicus carried a crew of nearly twenty men and boys, and a few passengers, which included three children and two women. Early in November, a storm grounded her on Anticosti Island between Baie-du-Renard (Fox Bay) and East Point. The crew and passengers made it to shore, built shelters and suffered through the harsh winter until their food ran out. Two decades earlier, in 1810, an emergency provision depot had been established at Baie-du-Renard and stocked with a medicine chest, eight barrels of salt pork, eight barrels of peas, sixteen barrels of flour, two cases of canned meat, and twelve blankets. Sign posts were erected along the Anticosti shoreline, to direct shipwreck victims to the cache.

The survivors of the Granicus took the ships longboat and set out seeking help. After struggling several miles up the north coast, they ran across one of these sign posts, but when they eventually arrived at Baie-du-Renard, they found the post deserted. Oliver Godin, who manned the post, had left the previous year after his wife died, and unable to find a replacement, the government abandoned the post.

Godin returned the following spring, but it was too late for those aboard the Granicus. What exactly happened will never be known. On May 8, Captain Basile Giasson, of the Magdalen Islands sealing schooner Victory, noticed a boat, neatly hauled up on the beach, but was struck by the deadly silence. Upon further exploration, the bodies of twenty-three people, most dismembered and decapitated, were found, with clear signs of cannibalism. The Granicus log contained entries up to April 28, which spoke of the great suffering that had occurred. In June, the bodies of two men were found a few miles from the gruesome scene, and, next to them, a beam carved with the words, What sadness, what pity.

In October 1874, J. U. Gregory, Agent for the Department of Marine and Fisheries in Quebec, stopped at the small settlement at Baie-du-Renard with an order to take away all of its twenty families who had taken a large amount of provisions from the governments depot the previous winter. Hailing primarily from Newfoundland, the inhabitants had been attracted to the island by the Anticosti Company, which had distributed circulars in their neighbourhood promising all things necessary for a new settlement. They had arrived at Fox Bay in the fall of 1873 only to find no houses or provisions. After subsisting on the depot supplies during the winter, the settlers had managed to cultivate cabbages, turnips, carrots, peas, and parsnips, some of which were as large as any Agent Gregory had ever seen.

As the settlers had no homes to be taken to, Gregory decided to give each family a barrel of seed potatoes to plant the next spring and provided the settlers thirty-five barrels of corn meal, two barrels pork, one barrel oatmeal, and three barrels of peas to see them through the winter. Gregory felt that this little aid would create the nucleus of a self-sustaining fishing settlement, which could then be counted on to succor any shipwreck victims, allowing the government to discontinue its provision depot.

The invention of the steamship allowed shipping routes to pass on the north side of Anticosti Island and through the Strait of Belle Isle, a shorter and less foggy route than its southern counterpart. The northern route had been seldom used before the twentieth century because of its narrowness, irregular soundings, and frequent icebergs.

Baie-du-Renard would be the site of many more shipwrecks, including the steamers Vandalona (1878), Brooklyn (1885), and Melbo (1897), before a lighthouse was established a few miles west at Cap-de-la-Table in 1919.

Built in 1917-1918, along with and in the same architectural design as Cap-de-Rabast and Pointe-Carleton, Cap-de-la-Table Lighthouse is a white octagonal reinforced concrete tower with a flared cornice and a red lantern. The tower stands forty feet tall from base to vane, and in 2012 its light, which produces a red flash every six seconds, had a focal plane of 112 feet and a range of five miles (When first lit, the light showed two flashes, spaced by five seconds and followed by an eclipse of ten seconds). The towers main decorative features are the triangular lintels over the three, vertically-aligned windows and the pedimented cap above the doorway.

The Annual Report of the Department of Marine and Fisheries announced the completion of the lighthouse:

The three light and fog alarm stations on the north shore of Anticosti Island at Cap De Rabast, Charleton Point, and Table Head, built during the war, are now in permanent operation, with the result that with their aid many vessels now pass on the north side of the island, shortening the distance between Quebec and the strait of Belle Isle, inward or outward.

The lightstation initially included a double dwelling, which was demolished in 1959-1960 and replaced by two separate residences. These residences were demolished in 2011, after having fallen into disrepair. A fog alarm plant was established at Cap-de-la-Table in 1918, and a new fog alarm building added in 1956, but the alarm has since been discontinued. When first established, the diaphone foghorn sounded two, two-and-half-second blasts, separated by five seconds and followed by six-and-half-seconds of silence. The light was automated in 1970.

Cap-de-la-Table is currently controlled by Safari-Anticosti Outfitters, who used to offer accommodations at the station to artists in exchange for works of art done on location. The resulting sculptures of stone, wood, steel and wrought iron create an interesting blend of art and nature on the lighthouse grounds.

The lighthouse was declared a Recognized Federal Heritage Building in 1990.

For a larger map of Cap de la Table Lighthouse, click the lighthouse in the above map.


It was really fun stumbling across the various pieces of artwork strewn about the grounds, as I made my way around Cap de la Table in the fog. The works of art are not limited to just Cap de la Table. As we were driving to the lighthouse, we noticed this bear near a stream alongside the road, and there were several other pieces of art at another stream and at the main lodge. I certainly would not have expected artwork at the far end of Anticosti, but it really enhanced the lengthy drive on the dirt road.

I was hoping we would have a close encounter with some deer at a lighthouse on Anticosti Island, as I had seen some great deer/lighthouse pictures on the internet while planning the trip. As you can see from the photograph above, a doe and fawn came out of the forest and browsed around the grounds while we were there. As long as we stood still, they wanted to approach us and check us out. Besides too many deer to count, we also saw a beaver, several foxes, and an eagle.