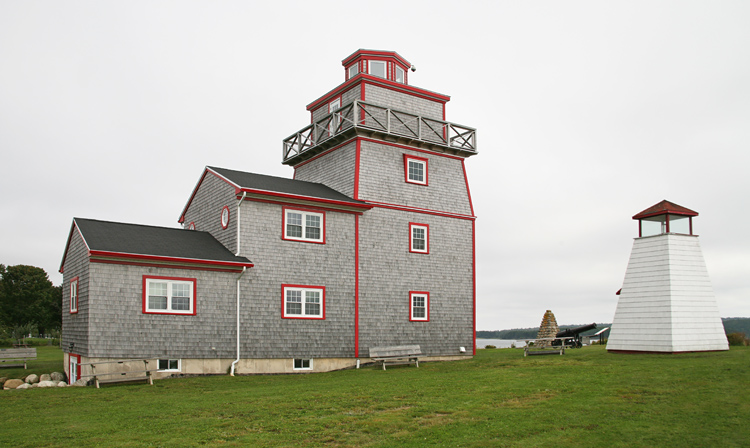 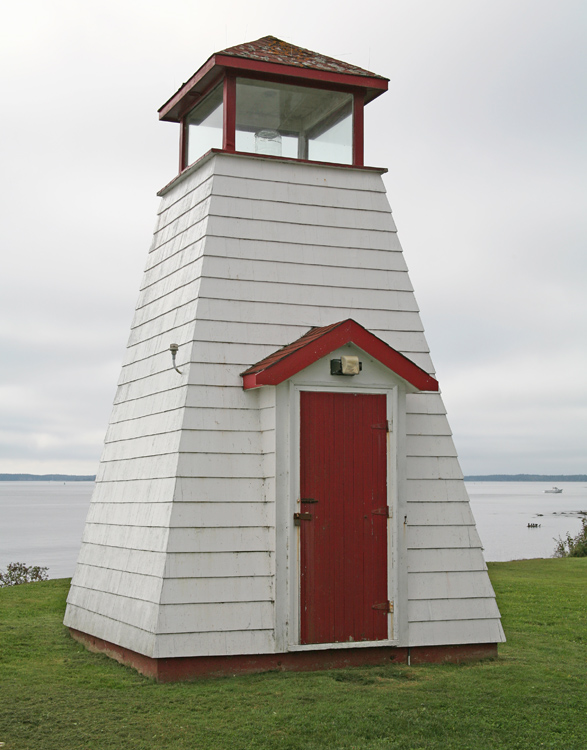 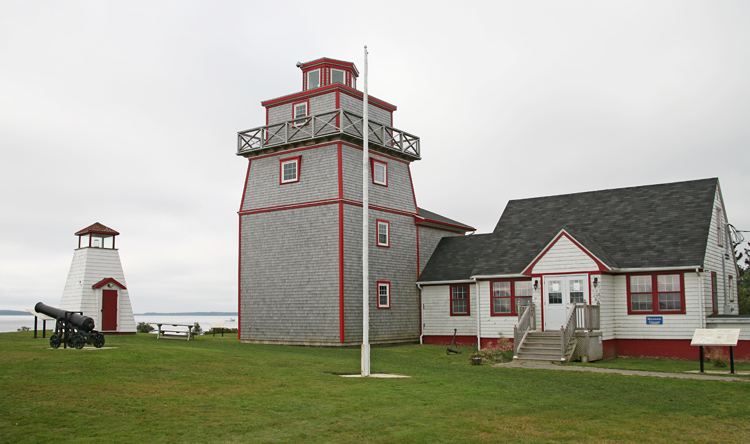 Built in 1875 on Fort Point by Dean Wile for $1,100, LaHave Lighthouse served as an aid to navigation for vessels on Dublin Bay and the LaHave River from 1876 until it was demolished in 1954 and replaced by an unwatched light on a skeleton tower.

William Palmer was hired as the first keeper of the lighthouse at an annual salary of $200. When William died in 1878, eighteen-year-old Howard Palmer was appointed keeper, and he would serve until he reached seventy-five in 1935.

In 1896, a cribwork protection wall was built along the bank in front of the lighthouse to prevent further encroachment by the sea. This wall was 100 feet long, 6 feet wide, and stood 3 logs high. In 1900, Keeper Palmer was given a hand foghorn which he was required to sound in response to ships signals during periods of fog or thick weather. In 1914, a fourth-order Fresnel lens was installed in the lantern room, replacing the array of lamps and reflectors that had formerly been used.

The early lightkeepers at Fort Point lived in a dwelling attached to the light tower, but in 1940 a separate house was built. This structure remains standing today, and after the creation of the Lunenburg County Historical Society in 1969, it was converted into Fort Point Museum.

In 1990, a small square pyramidal tower, similar in design to many lighthouses throughout Nova Scotia, was built in memory of the 1875 La Have Lighthouse. As Fort Point Museum grew, a larger facility was needed, and a more substantial lighthouse, based loosely on the original LaHave Lighthouse, was constructed and attached to the 1940 keepers dwelling.

In 1632, Isaac de Razilly landed on the point of land at the entrance to the LaHave River and established Fort Sainte-Marie-de-Grâce. One year later, the settlement of LaHave was a thriving trading post. LaHave served as the capital of Acadia from 1632 until the sudden death of Razilly in 1636, when the capital was transferred to Port Royal. The fort at LaHave was destroyed by fire in 1654, and little evidence of it remains.

For a larger map of LaHave Lighthouse, click the lighthouse in the above map.

From Bridgewater, follow the road that parallels the west side of the river (King Street - NS 331) southeast for 17.7 km (11.1 miles), and then turn left onto Fort Point Road to reach Fort Point Museum. If you are coming from Lunenburg, it is probably faster to take LaHave Ferry.