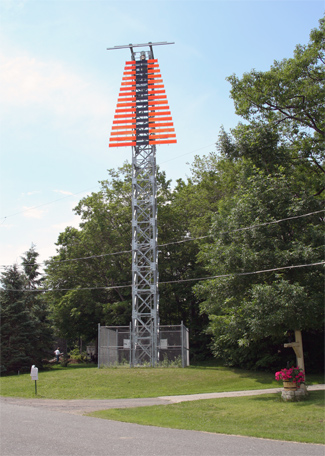 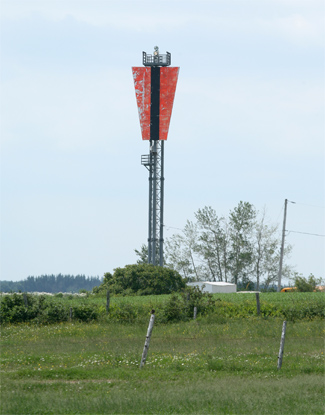 Saint-Michel-de-Bellechasse is a small, picturesque village situated on the south shore of the St. Lawrence River opposite Île dOrléans. The village is home to two churches: the Chapel of our Lady of Lourdes built in 1879 and Chapel Sainte-Anne built in 1905.

A set of range lights was erected at Saint-Michel in 1928. These two towers both stood roughly eighty feet tall and were surmounted by enclosed, wooden watchrooms. The front tower had a focal plane of 100 feet above the river, while the rear light, located on higher ground 5,610 feet away, had a focal plane of 179.

For a larger map of Saint-Michel Range Lighthouse, click the lighthouse in the above map.


It was lunchtime when we were in Saint-Michel, and we noticed Gîte Auprès Du Clocher near the church on the main street and decided to give it a try. Best decision we made that day as we had our best meal of our entire week-long stay in Quebec. I definitely recommend the place.