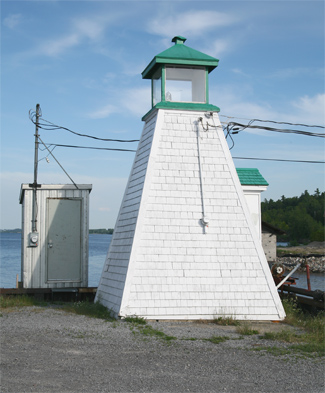 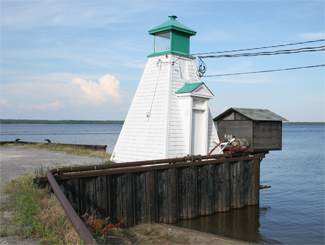 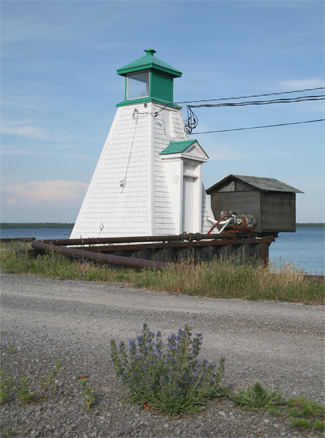 Before the arrival of the railroad, two main waterways served as the primary means of transporting goods and passengers between Montreal and points inland: the St. Lawrence River/Great Lakes and the Ottawa River/Lake Nipissing/Georgian Bay/Upper Great Lakes.

To circumvent several sets of rapids along the Ottawa River, a series of canals were built during the nineteenth century, and shortly thereafter, the Ottawa River was bustling with steamboats providing passenger and mail service, bringing farmers to market, and towing lumber barges downstream. For a period of time, it was possible to travel from Montreal all the way to Mattawa, Ontario using a series of steamboats.

The first lighthouses to mark the Ottawa River were built around 1860. More lighthouses were added in the 1870s and 1880s, and finally, the last of the river lighthouses was built in the ten years preceding World War I. At the height of river traffic, there were around thirty lighthouses dotting the Ottawa River between Deep River, Ontario and the St. Lawrence River. Today, only six remain, with Sand Point being the only one easily accessible to the public by land.

Built in 1909 at a cost of $287.67 under the direction of M.J. Egan, the white square pyramidal wooden tower is quite typical of the lighthouses which once graced the river. Sand Point Lighthouse is topped by a green lantern room, stands 6.7 metres (twenty-two feet) tall, has a focal plane of seven metres (twenty-three feet), and was originally equipped with a seventh-order lens. The wharf on which Sand Point Lighthouse stands served as a terminal for a ferry that shuttle people across the river to the cottage community of Norway Bay from 1909 until the construction of the Chenaux Hydro Dam and associated bridge in 1962.

Desiring to see the lighthouse preserved, the Arnprior and District Historical Society applied for historical designation and transfer of ownership of the lighthouse in September, 2011. Sand Point Lighthouse remains active today, sending out a flashing white light to assist mariners.

For a larger map of Sand Point Lighthouse, click the lighthouse in the above map.

From ON-417 (Trans-Canada Highway) east of Arnprior, take the exit for Highway 17/29, and go north, toward the river, for less than a kilometre to Highway 117. Turn left onto Highway 117/Highway 1, and follow this road for 11.9 km (7.4 miles) and then turn right onto Wharf Road from River Road in Sand Point, where you will find Sand Point Lighthouse. Highway 117/Highway 1 will change names from Madawaska Boulevard to Elign Street and to River Road as your pass through Arnprior.