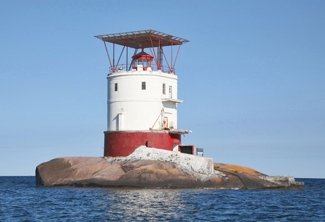 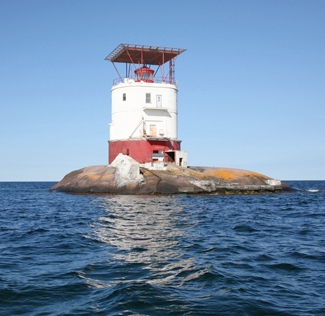 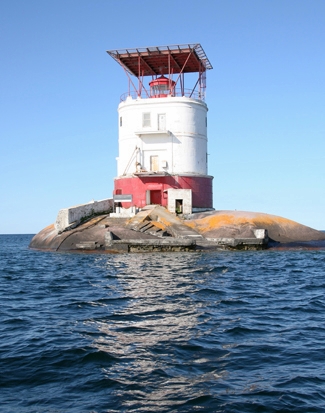 Henry Wolsey Bayfield was appointed the admiralty surveyor for North American in 1817, and in 1820, while surveying Georgian Bay, he named the well-protected harbour at the mouth of the Seguin River, Parry Sound, after Sir William Edward Parry, the famed explorer of the Northwest Arctic Passage. William Milnor Gibson arrived at Parry Sound in 1856 as a land surveyor, and after recognizing its potential, he applied for a timber limit and erected a mill at the mouth of the Seguin River.

Brothers William and John Beatty purchased Gibsons fifty-square-mile timer limit and mill in 1863, and four years later, they acquired additional acreage where the town of Parry Sound is now located. William Beattys second son, William Beatty, Jr., soon took over management of the operations and is considered the founder of Parry Sound since he had the site for the town surveyed in 1869. Beatty helped the settlement flourish by building a store, a grist mill, a shingle mill as well as roads to link his settlement to others in the region.

To improve access to the town from Georgian Bay, Beatty agreed to pay half of the expense of erecting a lighthouse on Mink Island, near the entrance to Parry Sound, if the government would pay the rest. J. & W. Beatty were contracted to build the lighthouse while, E. Chanteloup provided the lantern, and C. Garth & Co. supplied the lamps. The light was placed in operation on November 3, 1870, with William McGowan receiving an annual salary of $300 to serve as its keeper.

Darius Smith, Superintendent of Lighthouses above Montreal, visited Mink Island during the summer of 1878 and gave the following description of the lighthouse:

The tower is placed on the dwelling-house, and is 40 feet from the base to the vane; it has a wooden lantern, 4 feet 6 inches in diameter, shewing a fixed white catoptric light, and burns four mammoth flat-wick lamps on tin stands, with 15-inch reflectors, and can be seen ten miles in clear weather; size of glass of lantern is 44 x 21 inches.

William McGowan, who had his wife and five children with him at the lighthouse, was apparently a conscientious keeper as one year the lighthouse was described as beautifully clean and well kept.

In 1879, tenders were invited for a lighthouse to replace the one on Mink Island, but the person to whom the contract was awarded refused to proceed with the work. The project was entrusted instead to Thomas Canton, and he commenced work in 1880 under a contract for $2,400.

Rather than rebuild on Mink Island, the Department of Marine selected Red Rock, named on account of its reddish granite and situated roughly 900 metres to the south of Mink Island, as it was closer to the main shipping channel leading to Parry Sound. Mink Island is known today as Old Tower Island, a nod to the lighthouse that stood there for roughly a decade, and the grouping of islands and rocks of which Old Tower Island and Red Rock are a part is called the Mink Islands.

Red Rock Lighthouse was completed and placed in operation in 1881, and the light shown from Mink Island was discontinued. Keeper McGowan saw the new light activated, but he resigned shortly thereafter and was replaced by Adam Lawson. The new lighthouse stood atop a wooden pier and consisted of an octagonal dwelling with an octagonal tower rising from the center of its sloped roof. Though this lighthouse is no longer standing, it closely resembled Indian Head Lighthouse on Prince Edward Island, which was also activated in 1881.

Perched atop a bare, rounded, granite rock, Red Rock Lighthouse was exposed to the full force of all western storms and to the full sweep of Georgian Bay. In severe storms, the sea could break over the entire lighthouse, and after a decade, the wooden cribwork pier was becoming unsound. During the 1894 season, a steel cylinder, standing twelve-and-a-half feet tall and having a diameter of forty-five feet, was placed on the rock and filled with stone masonry and Portland cement to form a new foundation for the lighthouse. At the same time, the lighthouses wooden sills were replaced, and the structure received a new roof of heavy tinplate. The total cost for the work, which was supervised by W.H. Noble, foreman of works for the Department of Marine, came to $3,069.65.

John McConachie was serving as keeper at Red Rock Lighthouse when Father Dufresne, a priest at Byng Inlet, had a narrow escape near the lighthouse in late September 1898. Father Dufresene and a young lad left Byng Inlet in the priests yacht to visit a missionary station on Christian Island, and while near Western Islands Lighthouse, the boy became seasick and was unable to stoke the steamers fire. As a heavy sea was running, Father Dufresne could not leave his post at the ships wheel and had to let the boat just drift after the engine stopped running. The boat finally grounded on a shoal near Red Rock, and Keeper McConachie, with great difficulty, was able to launch a boat and rescue them. After a tug freed the priests boat, the two continued their journey the next day.

Shortly after this rescue, Adam Brown replaced McConachie as keeper. Born at Holstein, Ontario, Brown worked as a fisherman in the Mink Islands before beginning his lengthy career as a keeper at Red Rock. Brown witnessed many changes during his nearly forty years at the station, and became somewhat of a local legend. Upon his retirement in 1937 at the age of seventy-five, Brown received the Imperial Service Medal from King George IV, and when he turned 100 in 1962, the event was noted in the Department of Transports staff publication.

Keeper Brown passed away in 1968 at Parry Sound at the age of 105, but he almost left this existence sixty-five years earlier. Three weeks after he was supposed to have been removed from the lighthouse at the close of the 1903 season, Keeper Brown remained a prisoner inside the ice-encrusted tower. Rather than spend Christmas alone, Brown decided to try to reach shore on his own on Christmas Eve. After chopping his boat from the icy embrace that held it fast to the lighthouse, Brown launched the small craft and started to row toward the mainland.

Brown was making good progress through the white-capped seas when he encountered ice-floes. Unable to navigate through them, Brown set off on foot with several miles still left in his journey. The weather took a turn for the worse at this point, as heavy clouds gathered and snow began to fall. Browns energy was quickly fading, as was his hope of reaching civilization, when he heard voices nearby. Placing two fingers in his mouth, Brown produced a series of sharp whistles just as a fisherman happened to emerge from a makeshift fishing shanty on the ice. Browns Christmas gift arrived a day early in the form of a fisherman and his companions, who rushed to Browns aid and helped the half-dead keeper ashore.

Attracted by the scores of insects buzzing about the light or blinded by the lights piercing beam, numerous birds crashed into the lantern rooms glass panes each season. On October 6, 1936, Keeper Brown picked up nearly 300 hundred birds that had fallen dead on Red Rock after striking the lantern room. He later learned that a day later the keeper at Pelee Passage Lighthouse collected 501 birds killed in the same manner. Keeper Brown would select the finest specimens and ship them to W.E. Suanders, his ornithologist friend in London, Ontario, who stuffed the birds and donated them to schools and museums. Brown turned Red Rock Lighthouse into a bird hospital, nursing scores of birds back to health each year.

Around November 1, 1905, a fourth-order Fresnel lens was installed at Red Rock, changing the lights characteristic from fixed white to a white light occulted at short intervals. As part of this change, the illuminant was changed to acetylene, as the plan was to dispense with the service of Keeper Brown and have Edward Taylor, the keeper at nearby Jones Island Range, look after this light. For some reason, this plan didnt work out as Brown stayed on and in November 1906 the light was changed back to fixed white. Four years later, in 1910, the illuminant was changed to petroleum vapour burned under an incandescent mantle, and the light was changed from fixed white to a white light that was alternately visible for eight seconds and then eclipsed for four seconds.

The present fifty-seven-foot-tall cylindrical tower, built out of reinforced concrete and topped by a polygonal iron lantern, was erected in 1912 at a cost of $14,596.87. A one-and-a-half-inch diaphone fog alarm plant, provided by the Canadian Fog Signal Company for $2,227.21 was installed in the tower the following year. To make accessing the lighthouse by helicopter safer, a helicopter pad was installed atop the tower in the early 1970s.

Red Rock Lighthouse was declared a Recognized Federal Heritage Building in March 2007 due, in part, to: Its very good aesthetic design, very good functional design, and its very good quality craftsmanship and materials, as manifested in:

For a larger map of Red Rock Lighthouse, click the lighthouse in the above map.

Red Rock Lighthouse is best seen by boat. Georgian Bay Marina and Parry Sound Fishing Charter offer tours that can take you by the lighthouse.

A lamp and reflector from the first Red Rock Lighthouse are on display at Museum on Tower Hill in Parry Sound.


Residents and visitors at Red Rock Lighthouse enjoyed chiseling their names into the station's red granite rock. If conditions permit you to land on the rock, you can see the names of Keeper Adam Brown, Keeper Adam Lawson, and numerous visitors. I wonder how long it took them to carve their names into the granite. We didn't have time to leave our marks on the rock as our charter captain was charging us by the minute.

While in Parry Sound, I would recommend a visit to Museum on Tower Hill. It is fun to climb the fire tower for a view of the area, and the museum's permanent exhibit, which includes a lamp and reflector from Red Rock Lighthouse and a Fresnel lens from Michipicoten Island Lighthouse, is very interesting.