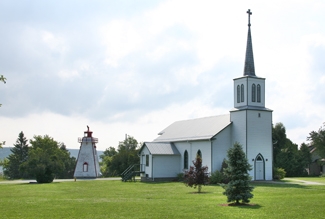 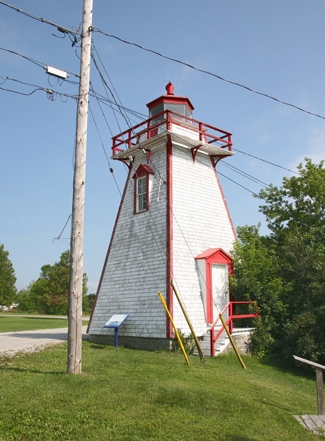 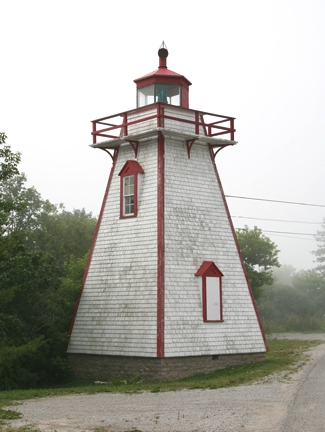 Given its location at the foot of a large, protected bay, it isnt surprising that Manitowaning was selected in 1837 as the site for the first European settlement on Manitoulin Island. Evidence of the importance of Manitowaning as a port is the old steamship wharf, which, along with the SS Norisle, is part of the communitys Museum Heritage Complex. The SS Norisle sailed between Tobermory and South Baymouth before being replaced by the MS Chi-Cheemaun in 1974. The first lighthouse to be built on Manitoulin Island was at Little Current, where a pair of range lights was established in 1867. Over the next two decades, six more lighthouses were added to the islands shores, with tenders for the last two of these, those at Manitowaning and Cape Robert, being invited in 1883.

During 1884, John Waddell of Kingston was awarded a $9,023 contract for the construction of lighthouses at Cape Robert and Manitowaning on Manitoulin Island, along with three lighthouses for the western end of the North Channel near St. Joseph Island, but when Waddell failed to carry out his contract, the Department of Marine was obliged to complete the works at his expense.

An article in a Manitoulin paper recorded that status of the lighthouse on September 20, 1884:

LET THERE BE LIGHT

When the contractor for the construction of Manitowaning light house arrived here early in July, he announced that the building as to be completed by the 15th of August. We are now well on into September and the building is still far from completion. Is the construction of this edifice being purposely delayed, that the position of keeper may be once more held out as a bait during an election contest? The previous history of this concern would point to the probability of an affirmative answer proving correct.

Completed in 1885, Manitowaning Lighthouse consists of a square, wooden, pyramidal tower that stands thirty-four feet tall from its base to the weather vane atop its hexagonal lantern room. Thanks to the hill atop which it stands, the lighthouse has a focal plane of eighty feet above Manitowaning Bay and serves as a leading light, directing vessels from the mouth of the bay to the village docks. Benjamin Jones was appointed first keeper of the light on October 3, 1884.

In time for the 1951 season, the light was changed from fixed white to fixed green, which made it easier to distinguish from the other lights in town. John Clarke, the last keeper of the lighthouse, served into the 1960s when the tower was automated.

The Coast Guard had the tower renovated in 1995, just in time for the towns anniversary the following year. Contractors removed the iron lantern so rotten beams in the upper portion could be replaced, and when put back together, the whole tower was covered in new cedar shake shingles.

For a larger map of Manitowaning Lighthouse, click the lighthouse in the above map.

Take ON-6 onto Manitoulin Island and continue 33.1 km (20.7 miles) to Manitowaning. From ON-6, turn onto Queen Street and continue for 1 km (0.6 miles) to reach the village, and then turn left onto Arthur Street, where you will see Manitowaning Lighthouse. Parts of the lamps used inside the lighthouse can be seen at Assiginack Museum in Manitowaning.