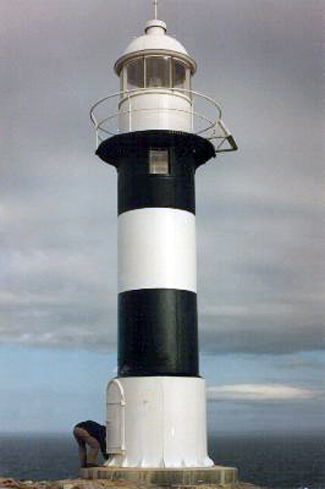 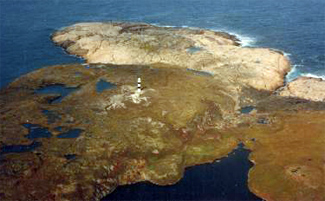 The firm of John Slade & Company of Poole, England established a mercantile saltfish premises at Battle Harbour in the early 1770s, and the small community flourished over the next two centuries. In fact, Battle Harbour served as the de facto regional capital.

Sent by the Royal National Mission to Deep Sea Fishermen, Dr. Wilfred Grenfell arrived in Battle Harbour in 1892 and a year later built a hospital in the community, the first hospital in Labrador. In his autobiography, Grenfell provides the following account of his efforts to have a lighthouse built to serve Battle Harbour.

We had frequently written to the Government of this neglect of lights for the coast. But Labrador had no representative in the Newfoundland Parliament, and legislators who never visited Labrador had unimaginative minds. Year after year went by and nothing was done. So I spoke to many friends of the dire need for a light near Battle Harbour Hospital. Practically every one of the Northern craft ran right by us many times as they fished first in the Gulf and later on the east coast, and so had to go past that corner of land. I have seen a hundred vessels come and anchor near by in a single evening. When the money was donated, our architect designed the building, and a friend promised to endow the effort, so that the salary of the light-keeper might be permanent. The material was cut and sent North, when we were politely told that the Government could not permit private ownership of lights - a very proper decision, too. They told us that the year before money had been voted by the House for lights, and the first would be erected near Battle Harbour. This was done, and the Double Island Light has been a veritable Godsend to me as well as thousands of other many times since that day.

The circular cast-iron tower that is Double Island Lighthouse was built by the Newfoundland Government in 1905. The tower stands seven metres (23 feet) height and is painted in broad horizontal black and white bands. The first keeper, J.T. Colburne, lived in a wooden dwelling on the island and cared for the light, which operated on kerosene oil and had a fixed-red signature.

In 1932, the tower was equipped with an automatic acetylene light with a flashing white characteristic, and the station was de-staffed. Today, Double Island Lighthouse is solarized.

For a larger map of Double Island Lighthouse, click the lighthouse in the above map.

Double Island Lighthouse can be seen from nearby Battle Harbour, which can be reached by ferry during the summer from Mary's Harbour.