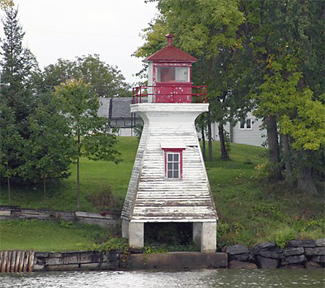 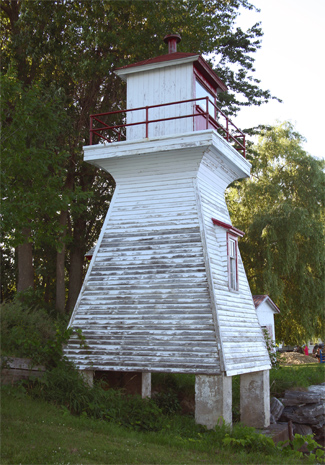 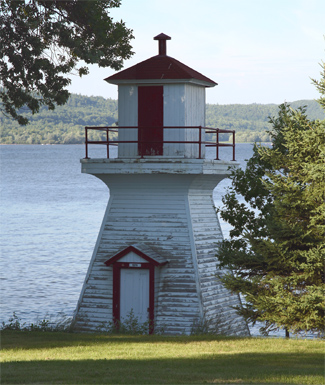 LOrignal is situated on the banks of the Ottawa River, roughly midway between Montreal and Ottawa. In the late 1800s, steamers of the Ottawa River Navigation Company offered Montreal-Ottawa excursions, billed as The Most Beautiful Ten Hours Sail on the Continent, for a $1.75. The steamers would stop at the wharf at LOrignal where passengers could disembark and catch a stage for Caledonia Springs, whose waters were described as having great efficacy in rheumatic and gouty diseases.

The following description of LOrignal was printed in 1896:

This name is derived from the French, and signifies the moose, an animal formerly abounding in large numbers in this locality. The village is located on rising ground near the Ottawa [River], which here forms a beautiful and expansive sheet of water three miles in breadth, known as LOrignal Bay. Viewed from the opposite shore, or from the deck of a steamer plying the river, LOrignal has a queenly appearancethe spires of her churches and her public buildings, standing prominently in the range of vision, give to the place an air of city-like magnificence. This idea of its size and beauty is considerably modified by a nearer approach; but illusory as a distant view may have been, one cannot deny, on visiting LOrignal, that it is a very pretty village. Like many other villages which have neither important manufactories nor commercial facilities to foster growth, its development has been very slow. In former years the English-speaking population was largely in the majority, but at present the French element forms at least one-half the entire number.

Being the chef lieu of the county, LOrignal has naturally been a place of some note and importance, but it was not until about 1825, that it possessed many of the characteristics of a village. At that time the dwellings numbered about a dozen; there was one store, opened by a man named Mclntyre, a tannery conducted by William Wait, and a public house by John O'Brian.

A lighthouse, a white, hexagonal, thirty-foot-tall tower, was built on the point at LOrignal in 1871, and placed in operation on October 10 of that year with Robert G. Campbell earning an annual salary of $100 as its first keeper. LOrignal Lighthouse was built at the same time as McTavish Point Lighthouse, which was located just upstream, and together the two lights cost $1,055.85.

After the open-framed LOrignal Lighthouse was blown down in 1893, a mast light was erected to mark the point. Tenders to construct a new light were invited in September 1896, but when the lowest bid received was $799, considerably more than the estimated cost, the Department of Marine decided to have one of its employees supervise the construction of the lighthouse. The replacement lighthouse cost $777.39 and was described in the Annual Report of the Department of Marine for 1897:

The lighthouse stands on the point which extends farthest north into the river, 2,340 feet east from the outer end of the public wharf. The site is 120 feet back from the waters edge, on sloping ground 20 feet above the summer level of the river.

The light is fixed white, elevated 57 feet above the summer level of the river and should be visible 12 miles from all points of approach by water. The illuminating apparatus consists of a pressed glass lens. The new light was put in operation in September last.

In 1915, the Department of Marine paid William Larocque of Hawkesbury $1,900 to erect two towers on the point to serve as range lights. The necessary land on the point, which was known as Furniss Point, was purchased for $300 from M.H. Furniss and C.G. OBrian. The two towers are square in plan with sloping sides and surmounted by a square lantern that housed a sixth-order lens. The front tower stands twenty-nine feet tall, while the rear tower is thirty-three feet tall and situated 600 feet from the front tower. When aligned, the two lights would guide mariners between LOrignal Wharf and the upper entrance to Grenville Canal, one of a few canals built along the Ottawa River to bypass rapids.

The range lights are no longer active. It is believed they were deactivated in the 1990s.

For a larger map of L'Orignal Range Front Lighthouse, click the lighthouse in the above map.

From the center of L'Orignal, travel west on CR-24 (Bay Road) for 1.1 km (0.7 miles) and then turn right onto Lalonde Road and continue to the campground at its end.