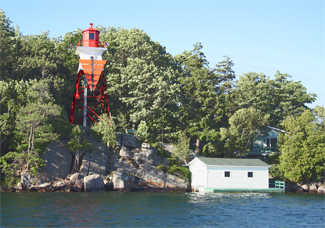 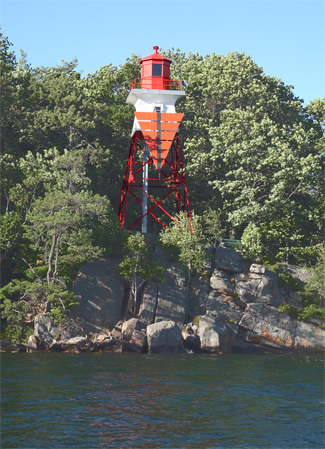 Situated just off the northern shore of the St. Lawrence River, roughly six kilometres west of Brockville, De Watteville Island is named for Louis de Watteville, a Swiss mercenary who fought for the Dutch and Austrians before aligning with the British. De Watteville was appointed Colonel of his regiment in 1812, and the following year, he and the regiment were transferred from Spain to British North America to fight in the War of 1812.

Shortly after arriving at Kingston, de Watteville struck up a friendship with Sir George Prevost, governor-in-chief of British North America, who was also Swiss. De Watteville was promoted to Major General on August 11, 1813 and was in charge of operations in Montreal and later on the Niagara River. After the war, de Watteville was named commander-in-chief of the armed forces in Upper Canada in October 1815, but the following summer he retired from the service and returned to Switzerland.

The following summary of de Wattevilles service in British North America appears in the Dictionary of Canadian Biography:

Louis de Watteville was level-headed, discreet, and efficient. Through his military experience and his love of order and work, he contributed to improving the quality of the British army staff in the Canadas during a critical period. His tactical arrangements, always made with great attention to detail, were the decisive factor at Châteauguay and Fort Erie.  This reserved and methodical soldier was a patient and understanding man profoundly attached to his family. He no doubt had his faults, but history has forgotten them.

A lighthouse was built on Cole Shoal, two-and-a-half kilometres upstream from De Watteville Island in 1856, and in 1916 a companion lighthouse was built atop a nearby bluff to from the Cole Shoal Range Lights. These range lights served mariners until 1927, when a front range light was built on De Watteville Island and a companion tower was erected atop Hillcrest Cliff on the mainland northeast of the island.

The following description of the new range lights, known originally as De Wattville (without the e that now follows the double t), was published by the Lake Carriers Association: The Front Light, on the island, shows a fixed white oil light at an elevation of 30 feet. The Rear Light, on steel skeleton tower on mainland 1,400 feet 30 degrees from Front Light, shows a fixed white electric light at an elevation of 70 feet.

The front range light was initially shown from a square, wooden tower, painted white, but this was replaced in 1960 by a white circular concrete tower with a red top. Today, the cylindrical front tower displays a triangular orange daymark with a vertical black stripe, while the skeletal rear tower displays a similar daymark, but rotated 180 degrees.

For a larger map of De Watteville Island Range Lighthouse, click the lighthouse in the above map.

De Watteville Island Range Lights are best seen from the water. They may be visible on 1000 Islands Cruises departing from Brockville, or you can rent a boat from Gilbert Marine.