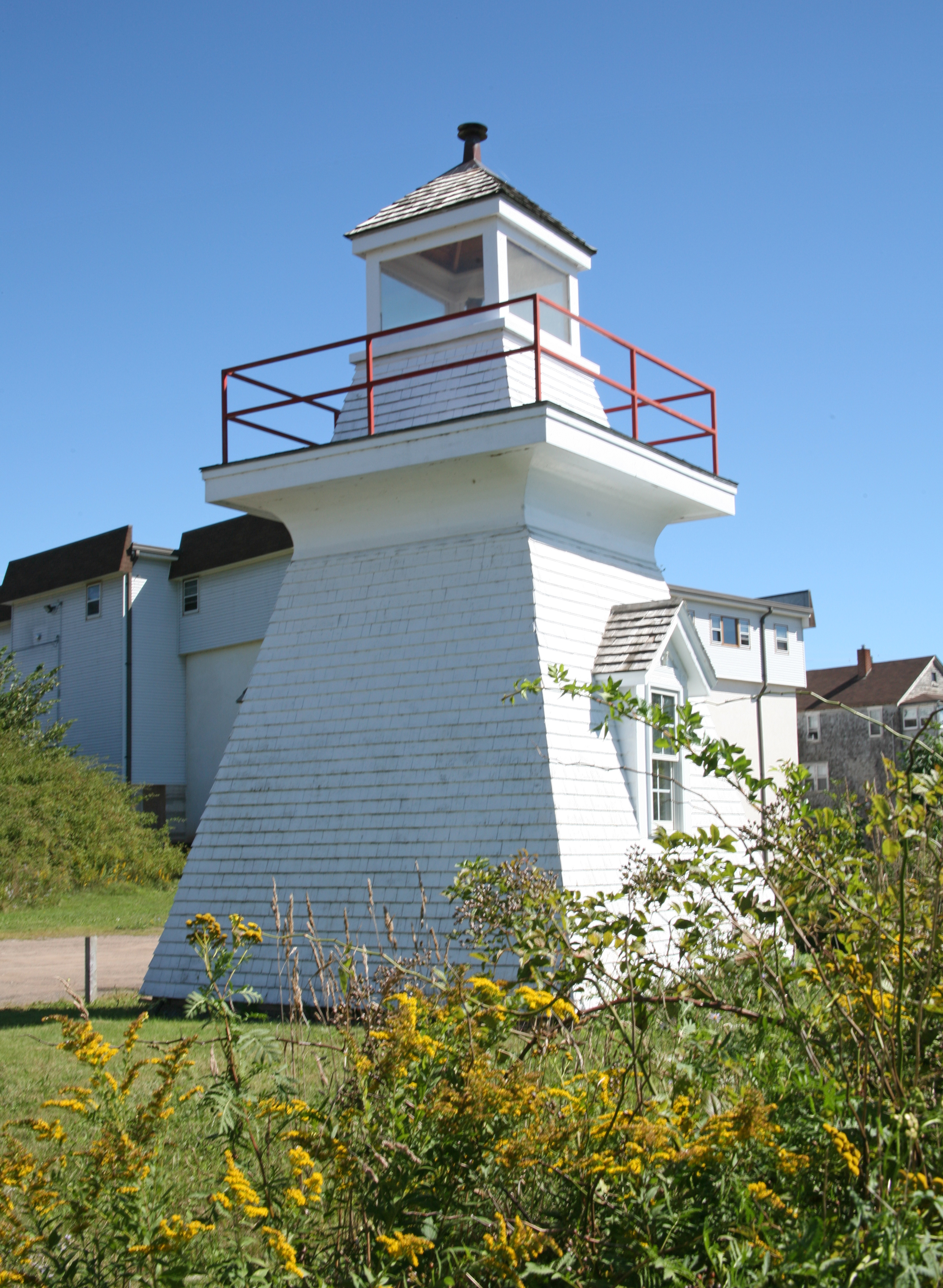 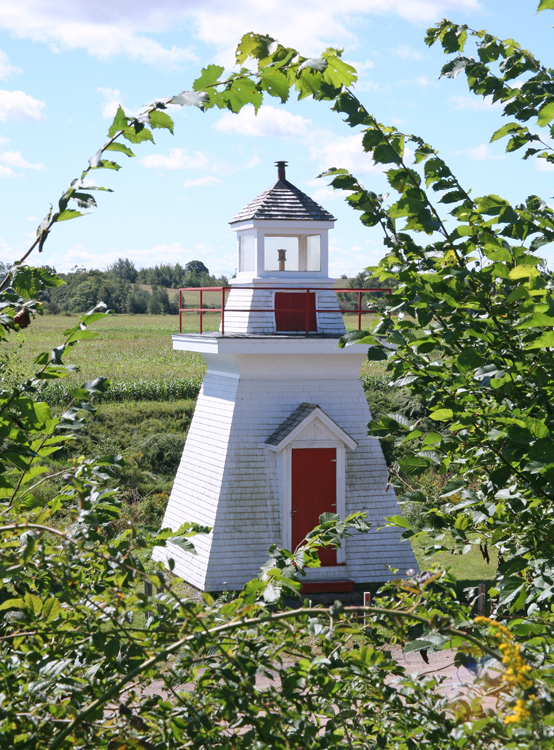 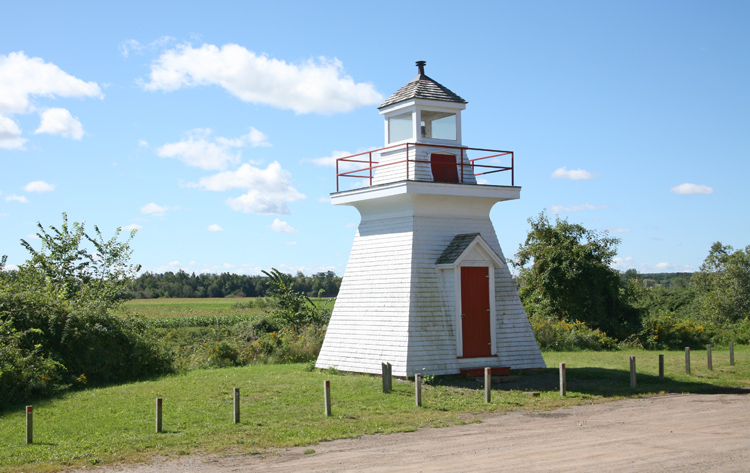 The Village of Canning was known as Apple Tree Landing and then Habitant Corner before being renamed Canning in 1830 to honour George Canning, who served as prime minister of the United Kingdom for just 119 days before dying in office in 1827.

In the 1800s, Canning was the largest community in the eastern Annapolis Valley with a population of over 3,000. The harbour at Canning included private and government wharves where vessels tied up to take load apples and potatoes and deliver coal and grindstones for the Blenkhorn Axe Factory.

Cannings most famous citizen is Sir Frederick William Borden, who graduated from University of Kings College in Windsor, Nova Scotia before earning an M.D. in 1868 from Harvard Medical School. Borden practiced as a physician in Canning and eventually branched out into banking, shipping, real estate, and politics. In 1887, he helped found the Cornwallis Valley Railway that linked Canning to Kentville, and he served as Minister of Militia and Defence of Canada from 1896  1911.

Frederick Borden led a campaign for lighthouses to mark the river that led to Canning to fight the decline in commerce as steamships moved to other nearby ports that were easier to navigate. In 1904, two lighthouses were placed in operation along Canning River, known now as Habitant River, and the Department of Marine gave the following description of them that year:

Canning river  Two lighthouse towers have been erected at Canning river, western side of the Basin of Mines, and the lights were put in operation on the opening of navigation in 1904. Both towers are inclosed wooden buildings, square in plan, with sloping aides, surmounted by square wooden lanterns, the whole painted white. Each tower is 27 feet high from its base to the top of the ventilator on the lantern. They are supported on piles extending four feet above the surface of the ground.

Porter point lighthouse  The outer lighthouse stands on the south side of the entrance to Canning river (Canard creek), on the north extremity of Porter point. The light is a fixed red light, elevated 29 feet above high water mark, and should be visible 5 miles from all points of approach by water. The illuminating apparatus is a pressed glass lens.

Borden wharf lighthouse  The inner lighthouse stands on the site of the old Borden wharf, on the south side of the river, distant 5,245 feet N. 65° 35' W. from Porter point lighthouse, at a point where the channel turns abruptly from south to east. The light is a fixed red light, elevated 26 feet above high water mark, and should be visible in the straight reaches of the channel to the northward and eastward. The illuminating apparatus is a pressed glass lens.

The buildings were erected under contract by Mr. Wm. Rand of Canning. His contract price was $1,190.

Borden Wharf Lighthouse was known as the Lighthouse in the Hayfield, due to the marsh grass around it that was harvested as salt hay. Frederick Clark served as the lights only keeper from 1904 until it was deactivated in 1921. In 1955, Gordon Bayne, Superintendent of Lights at the time, authorized Charles Borden and Stewart Brown to remove the building. On April 21, 1959, the lighthouse was relocated. The lantern room and top portion of the tower were cut off and burned, while the bottom portion was taken to Stewart Browns farm where it housed pigs. In 1980, the lighthouse was given to Al Hazel, who moved it to Pereau Road and turned it into a storage shed for his tools.

The Village of Canning acquired the lighthouse in 1990 and converted it into a tourist information kiosk. The Fieldwood Heritage Society purchased the lighthouse in 2003 and moved it to the riverbank in Canning. A $27,000 matching grant from the J.M. Kaplan Fund made possible the restoration of the tower. Students in Kevin Woods industrial arts technology class at Northeast Kings Education Centre built a new upper portion and lantern room for the tower, and on September 4, 2004 a celebration was held at the lighthouse to celebrate its restoration. Just like the Prodigal Son, the lighthouse has gone full circle  from its original glory, to a pigsty, and then back to its former glory.

For a larger map of Borden Wharf Lighthouse, click the lighthouse in the above map.

From Highway 1, the Evangeline Trail, west of Wolfville, go north on Highway 358 for 10.3 km (6.4 miles), and then turn right and continue for 0.6 km (0.4 miles) on Main Street to reach Canning. Borden Wharf Lighthouse is located alongside the river behind the Heritage Centre.

The lighthouse is owned by the Fieldwood Heritage Society.