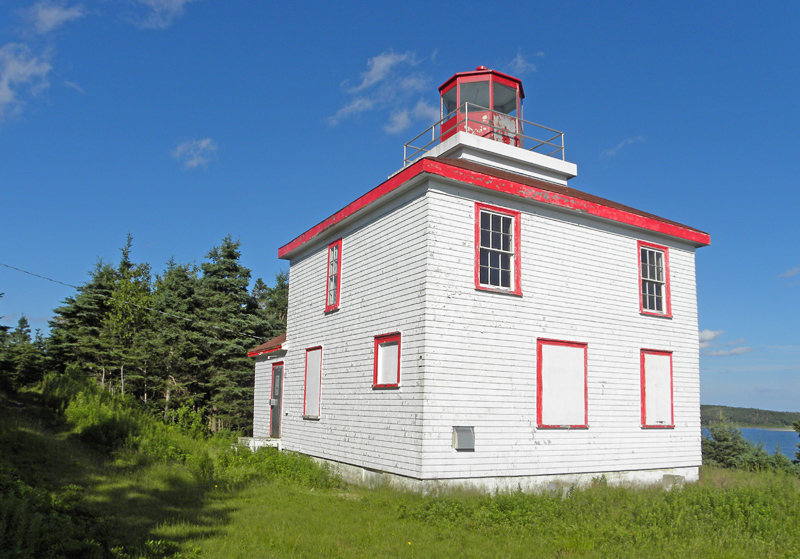 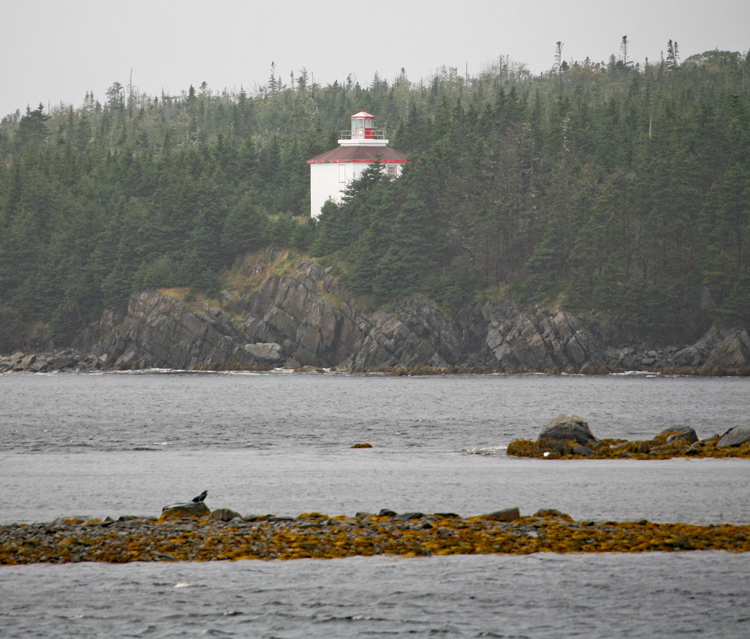 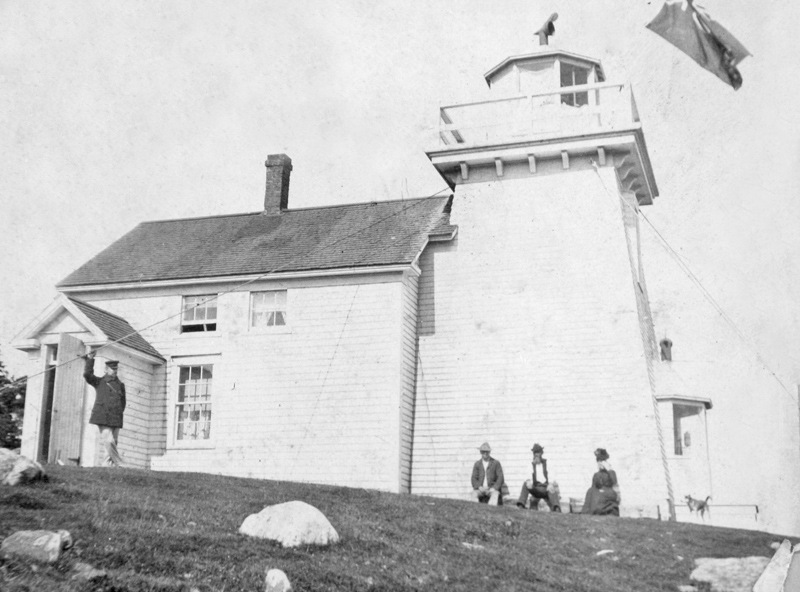 Isaacs Harbour is a nearly five-kilometre-long inlet that is separated from the much longer inlet known as Country Harbour by a narrow peninsula. Isaacs Harbour takes its name from Isaac Webb, the patriarch of a black family that were the first non-native settlers on the inlet. The first white settlers arrived in the 1830s. In 1861, Joseph Hynes discovered gold in a quartz vein just east of Isaacs Harbour, and the settlements of Goldboro, on the east side of the inlet, and Isaacs Harbour, on the west side, became booming mining towns. At the peak of mining activity, there were over a dozen stores on the harbour and at least that many wharves.

A lighthouse was established on Country Island, located offshore from Country Harbour and Isaacs Harbour, in 1873, but a light was also needed to mark the entrance to Isaacs Harbour. The Department of Marine announced the completion of this lighthouse in its annual report of 1874:

This light-house, which was first put in operation on the 9th November, is a square wooden building 20 feet high and painted white, erected on Holly Point, west side of entrance to Isaacs Harbour in Guysboro County. The lantern is of wood six feet in diameter, with an iron floor, and having eight sides glazed with plate glass 36 x 30 inches. The light is a fixed red, elevated 80 feet above sea level, and can in clear weather be seen at a distance of about nine miles, and is for the purpose of guiding vessels into Isaacs Harbour.

The lighting apparatus consists of one circular-burner lamp and 20-inch reflector, and two mammoth flat-wick lamps with 16-inch reflectors. Two A lamps and 12-inch reflectors are required to make the light complete; 279 gallons of oil were delivered, and three galvanized iron tanks supplied.

The keeper lives in his own house. The light-house was built by Mr. J. T. Sinclair for the contract price of $870. Mr. C. W. Bigsby was placed in temporary charge of the light.

Charles W. Bigsbys appointment as keeper was soon made permanent, and he was in charge of the light for twenty years.

Mariners soon complained of the feebleness of the red light, so on May 1, 1877, the character of the light was changed to two fixed white lights: one displayed in the lantern room and the other from a three-sided bay window located twenty feet lower on the tower. As the light on Country Island was a single fixed white light, two white lights were required at Isaacs Harbour so mariners would not confuse the two lighthouses. In 1910, a revolving fourth-order Fresnel was placed in a new octagonal lantern room installed atop the lighthouse, and the lower light was discontinued. The lens produced an occulting white light with the following characteristic that repeated every forty seconds: twenty-five seconds of light, five-second eclipse, five seconds of light, five-second eclipse.

A report on the lighthouse made in 1877 noted that the keeper only had twelve square feet of living space on the middle floor of the lighthouse, since the lower lantern and oil took up most of the lower floor. The heat and smell of the burning oil, from above and below, could be very oppressive. H. W. Johnston, the Nova Scotia agent for the Department of Marine and Fisheries, had a proper dwelling added to the lighthouse to improve living conditions.

Landing supplies at the lighthouse was difficult in rough seas, so Keeper Bigsby was authorized to remove, by blasting, some large rocks to create a better landing near the lighthouse.

Ira L. Griffin replaced Bigsby as keeper in 1894, and in 1900, he was provided a had foghorn that was to be sounded whenever the whistles from vessels were hear in the vicinity. For this extra work, Keeper Griffin was given an extra $25 each year.

In 1928, a new lighthouse was built using plans that were common for that time: a square, two-storey dwelling with a lantern room centered atop its hipped roof. No longer needed, the old lighthouse was demolished. Commercial power reached the lighthouse in 1954, greatly improving living conditions on the point.

Ernest B. Davidson, the last keeper of the lighthouse, retired in 1966, but he agreed to stay on as caretaker of the automated light. In that role, he just had to replace burned-out bulbs and report vandalism or maintenance issues at the lighthouse.

The Coast Guard declared Isaacs Harbour Lighthouse surplus in January 1990 and planned to replace it with a fibreglass tower. Before tearing down the building, the Coast Guard had the Federal Heritage Building Review Office evaluate the building. The lighthouse scored a fifty-four, which was enough for it to be declared a recognized federal heritage building on December 13, 1990. The heritage character statement written on the lighthouse lists its architectural value as:

The Lighttower is a good example of cupola/ rooftop lighthouse which integrates a tower and residence to form one structure. Designed from a standard plan from the Department of Marine, its good functional design demonstrates a successful design solution for the maritime coast, providing economy of construction by combining operational and domestic requirements.

Isaacs Harbour Lighthouse was discontinued in the spring of 2009.

In May 2018, Isaacs Harbour Lighthouse was recognized as a Heritage Lighthouse, under the Heritage Lighthouse Protection Act of 2008. This designation further protects the lighthouse as a historic property and should provide funds for a local organization to start restoration work.

When the heritage designation was announced, Rodger Cuzner, Member of Parliament for Cape Breton and Canso, said: Lighthouses have long graced Canadas rugged coastlines and majestic shores. The Isaacs Harbour Lighthouse is a treasured symbol of our community. This heritage lighthouse designation will ensure that this lighthouse will be protected for generations. I am proud to recognize the designation of this navigation aid that was established to aid the fishing, shipbuilding and gold mining industries in Nova Scotia.

Before the lighthouse was formally recognized as a Heritage Lighthouse, the government rehabilitated the exterior of the lighthouse. An individual from the United States purchased Isaacs Harbour Lighthouse in 2018 and started restoring the interior.

For a larger map of Isaacs Harbour Lighthouse, click the lighthouse in the above map.