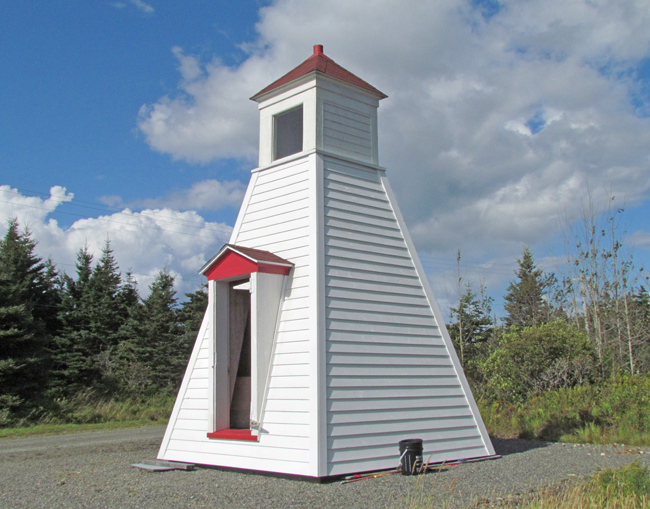 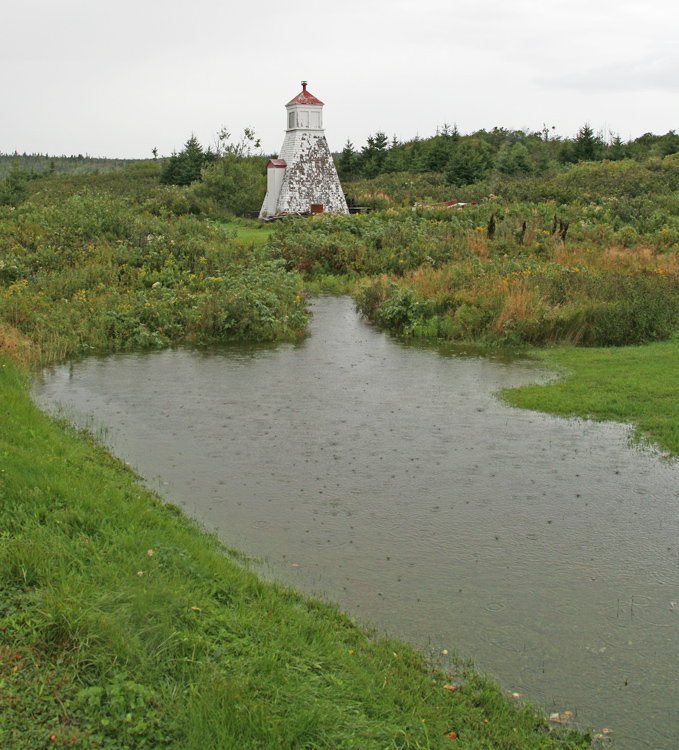 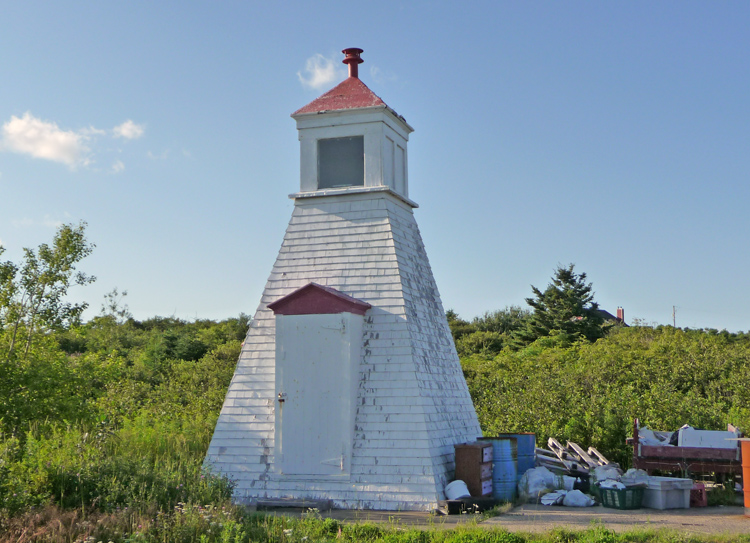 Known originally as Charlo, Charlos Cove is situated on the north shore of Tor Bay and was named after Charles Richard, one of its first Acadian settlers who arrived around 1760. Early on, fishing was the main occupation of the settlers. Though other lights had been built earlier to mark Tor Bay, it wasnt until 1901 that a pair of range lights was established at Charlos Cove.

The Department of Marine announced the completion of the range in its annual report of 1901:

Two range lights were put in operation on October 10, 1901, at Charlo harbour, on the north-western side of Tor Bay. Each building is a square wooden tower, with sloping sides, surmounted by a square wooden lantern, the whole painted white, and each tower is 23 feet high from its base to the top of the ventilator on the lantern.

The back tower stands 742 feet N. W. ½ W. from the front tower. The light is a fixed white light, elevated 51 feet above high water mark, and should be visible 3 miles in, and over a small arc on each side of, the line of range. The illuminating apparatus is catoptric.

The buildings were erected by the department under the supervision of Mr. A. McLellan, at a cost of $814.29.

Stephen C. Richard was appointed keeper of the range on November 4, 1901 at an annual salary of $120. A decade later, Alexander Richard became their second keeper, and he served until at least 1923.

Charlos Harbour Range Lights were discontinued in 1988. The front tower has been destroyed, but the rear tower remains standing in the village.

For a larger map of Charlos Harbour Range Rear Lighthouse, click the lighthouse in the above map.

Take Route 16/316 to Charlos Cove, and then turn south onto Wharf Road and follow it until you see Charlos Range Rear Lighthouse near the water.