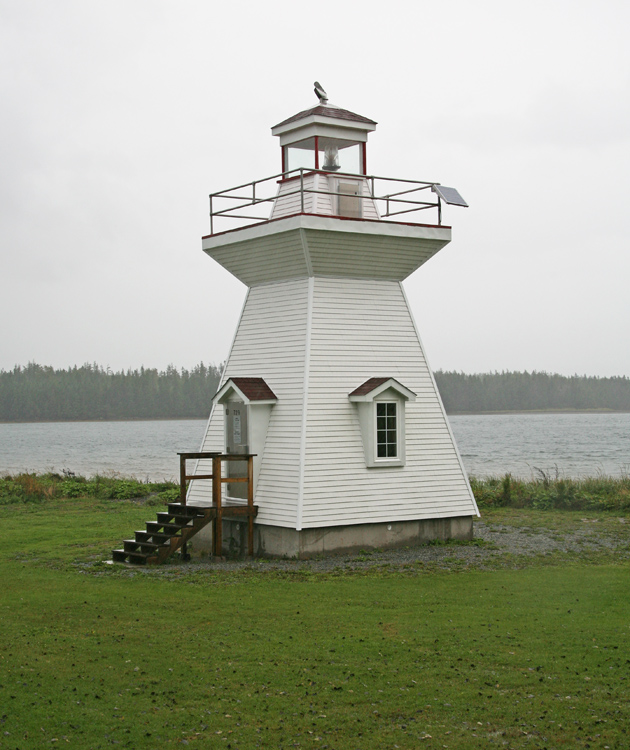 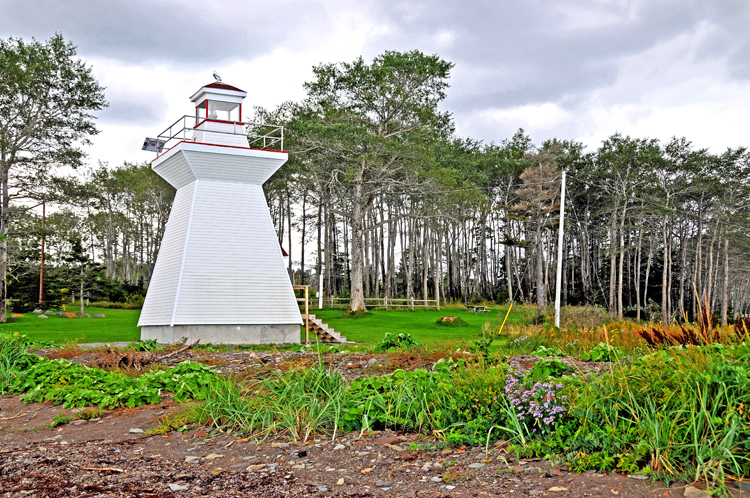 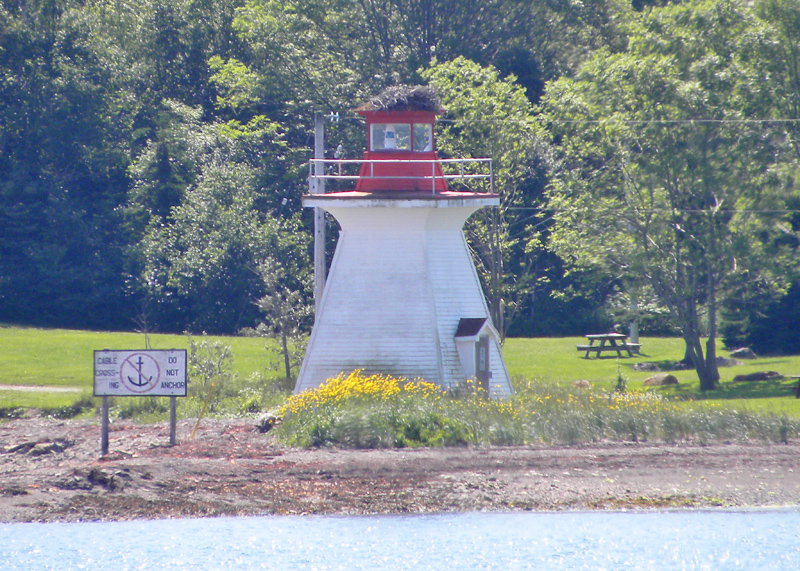 Lennox Passage runs between the northern shore of Isle Madame and Cape Breton and has a length of roughly nineteen kilometres. Small craft travelling between the Strait of Canso and St. Peters Canal, at the southern entrance to Great Bras dOr Lake, often use the passage as a shortcut and as a way to avoid the open waters of the Atlantic. Two ferries formerly provided service across the narrowest sections of the passage: one where the current bridge is and a second between Grandique Point and Grandique Ferry. Three pole lights were established along Lennox Passage in 1884 to support the increasing number of steamers carrying passengers and mail between Port Mulgrave and Sydney through St. Peters Canal. One light was placed on Glasgow Point near the west end of the passage, one was placed on Dog Island near the center of the passage, and one was placed on Grandique Point near the east end of the passage. Each light was fixed red and shown from a small dioptric lantern hoisted on a mast to a height of twenty-five feet. The masts had a small shed at their base, and the lights could be seen about five miles.

Daniel Clough was paid an annual salary of $60 to be the first keeper of the pole light at Grandique Point, the northernmost point on Isle Madame. In 1899, the mast and shed on Grandique Point were moved to a safer position.

Grandique is derived from the French words Grande Digue, meaning large dike or large bank. In Department of Marine reports, Grand Digue or Grande Digue was used when referring to this light, but after the name of the locality formally became Grandique in 1956, the light was listed as Grandique Point.

Work on an enclosed tower to replace the mast light began in 1906, and the Department of Marine noted its completion in its 1908 report:

The pole light formerly maintained at Grande Digue, Lennox passage, was replaced by a light shown from a lighthouse tower, erected on the south side of the road leading to the old wharf, and distant 70 feet southward of the site of the old pole light. The tower is a wooden building, square in plan, with sloping sides, surmounted by a square wooden lantern, the whole painted white. The height of the tower from its base to the top of the ventilator on the lantern is 32 feet. The light is fixed red dioptric of the sixth order, elevated 29 feet above high-water mark, and visible 7 miles from all points of approach. The work was performed by contract by Lawrence lIury, of West Arichat, N.S., the contract price being $452.

Daniel Clough looked after the lighthouse for twenty-four years, longer than any subsequent keeper. Stanley Foregron took charge of the lighthouse in 1960, but a year later the light was automated, and his role was reduced to that of a caretaker. Two parallel banks of five large single-cell batteries were placed inside the tower in October 1961 to provide a six-volt system for the light, which was activated by a sun switch. Commercial power was connected to the lighthouse in 1977.

Shore erosion led to the lighthouse having be moved in 1963, and again in 2010, when the tower was placed atop its current concrete foundation.

In 2010, mariners were notified that if the temperature exceeded twenty-five degrees Celsius (seventy-seven degrees Farenheit), Lennox Passage Bridge may not be able to open. Evidently the bridge had shifted some and when its joints expanded due to heat, it could no longer be opened. By 2018, the bring was unable to open regardless of the temperature and was welded shut.

Repairs to the bridge were initially scheduled for 2015-2016, but it wasnt until 2018 that a $4.54 million contract was awarded to Allstell Coasting Ltd. of Port Hastings. When the lift bridges mechanical components had to be removed and sent away to be refurbished, the completion of the project was delayed until late 2019.

Located at Grandique Point on the north side of Isle Madame along the Lennox Passage, a strait linking St. Peter's Bay and the Strait of Canso.
Latitude: 45.593944, Longitude: -61.022167

For a larger map of Grandique Point Lighthouse, click the lighthouse in the above map.

From Route 104 just west of Grand Anse, take Exit 46 and travel south on Route 320 (Fleur-de-Lis Trail) for 5 km (3.1 miles) to reach Isle Madame. Once on the island, bear left to remain on Route 320 and travel another 4 km (2.5 miles) and then turn left to enter Lennox Passage Provincial Park and drive 1.0 km (0.6 miles) to reach Grandique Point Lighthouse.