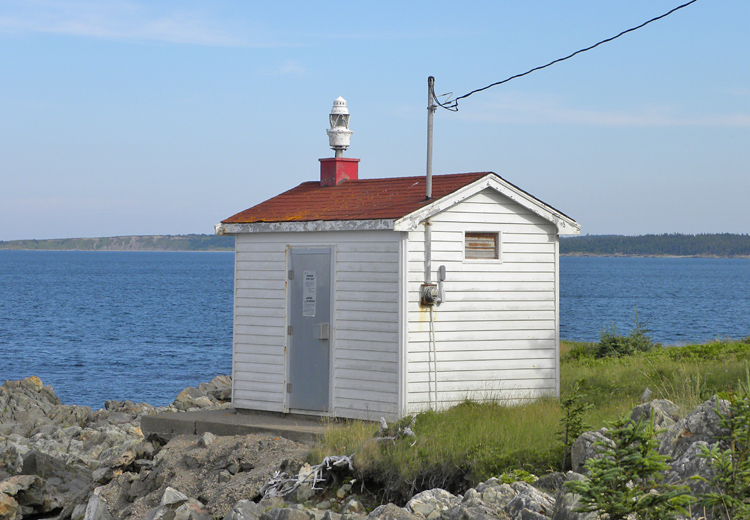 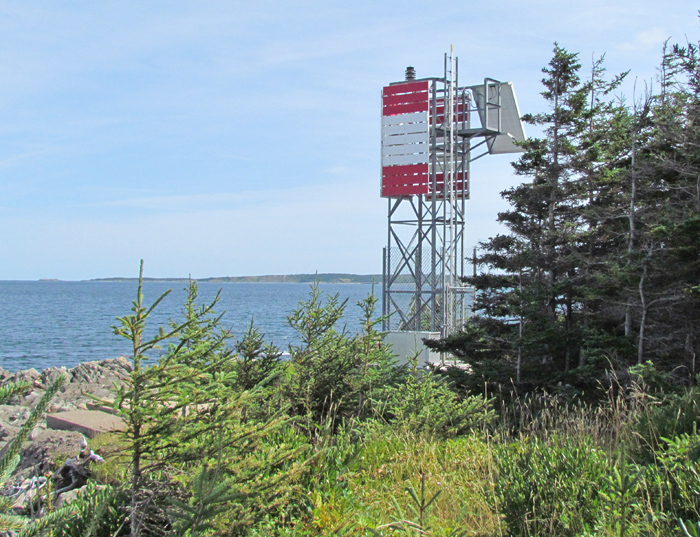 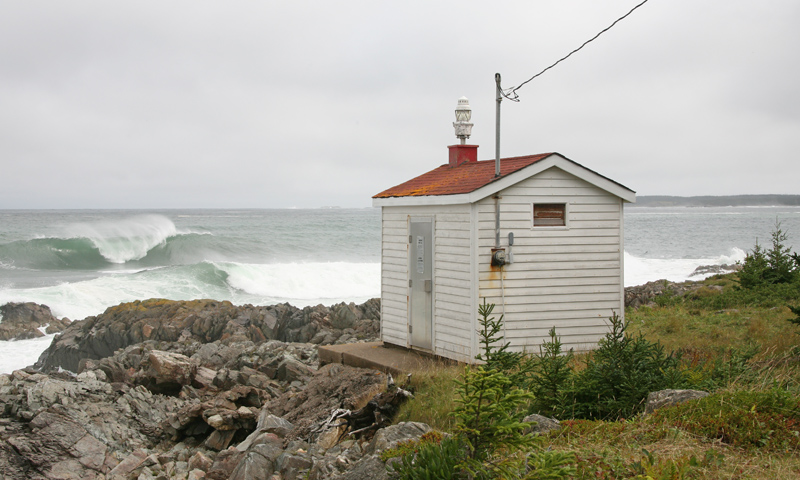 Gabarus, a small fishing village founded in 1716, is situated on the southern shore of Gabarus Bay. The entrance to Gabarus Harbour lies between Rouse Point on the east and Garbarus Point on the west. A lighthouse was built on Garbarus Point in 1890, but it wasnt until 1982 that a light and foghorn were placed on Rouse Point. Rouse Point is located at the tip of a wooden peninsula, that has a height of fifty feet and is ringed by slate cliffs.

In 1978, around forty fishermen, representing twenty-eights boats in the area, petitioned for a foghorn to be established on Rouse Point. After four years of lobbying, a rectangular building was finally constructed atop a concrete foundation on the point. A 200-mm gas lantern fitted with an electric light was mounted atop the small building, which housed a fog detector for activating a bank of horns located nearby. The new equipment was damaged the next year when a severe storm washed away much of the bank under the building.

Mariners were notified that the station would be permanently discontinued at the end of the season in December, but the president of the Fishermans Association protested this decision, and the light and foghorn were back in operation at the beginning of the next season.

The foghorn, which gave two three-second blasts each minute, was discontinued in 2013. A square skeletal tower, with red-and-white dayboards, was placed on Rouse Point in 2015, and the rectangular building was removed. The characteristic of the solar-powered light displayed from the skeletal tower is a long yellow flash every six seconds.

For a larger map of Rouse Point Lighthouse, click the lighthouse in the above map.

From Route 327, the Fleur-de-Lis Trail, go east on Gabarus Highway for 4.3 km (2.7 miles) to reach Gabarus, and then turn left onto Rouse Island Road and drive 0.6 km (0.4 miles) to its end and park before reaching the houses. Rouse Point Lighthouse can be reached by following a path northeast for 0.3 km (0.2 miles) from the end of the road. The path starts behind a white and green house, the middle of three houses on the point.