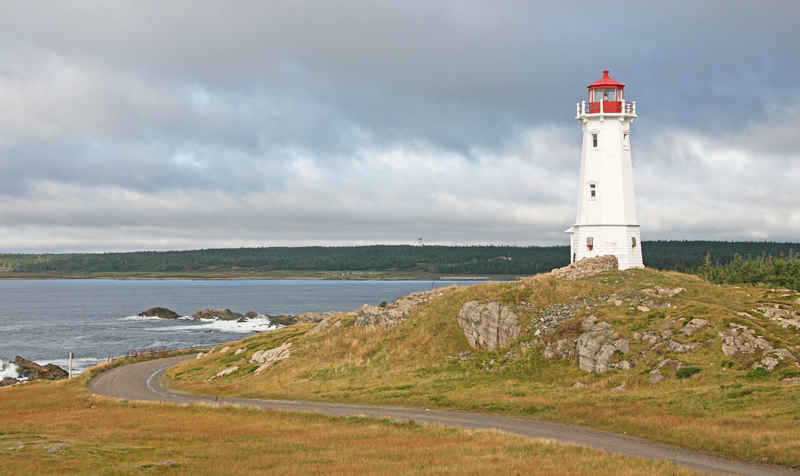 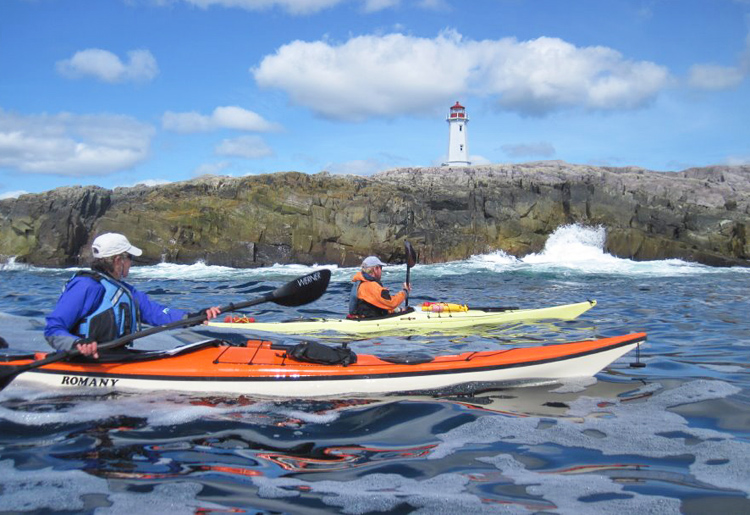 With the signing of the Treaty of Utrecht in 1713, the French ceded continental Acadia, Newfoundland, and Saint Pierre and Miquelon to Great Britain but gained control of what is now Cape Breton and all other islands in the Gulf of Saint Lawrence, including what is now called Prince Edward Island. The French named their new colony Île-Royale and established Louisbourg, on the southeast coast of Cape Breton, as its capital.

Work on a lighthouse to mark the entrance to the harbour at Louisbourg started in 1730 but was not completed until 1734. This imposing structure consisted of a seventy-foot-tall, circular, rubblestone tower topped by a wooden lantern room. It was the first lighthouse to be built in what is now Canada and the second in North America  the first lighthouse in North American was built at Boston in 1716. Etienne Verrier designed the lighthouse, and Francois Ganet oversaw its construction.

Sixty-year-old Jean Grenard was appointed the first keeper of Louisbourg Lighthouse, and he served until his death a decade later. Grenard had been forced to leave Placentia, Newfoundland when the French ceded control of Newfoundland in 1713. He relocated to Louisbourg and worked in the marine service and as a carpenter. Grenard married in 1715, when he was forty-one, and would have been considered quite old as the average life expectancy at the time was around forty-five years. Jean and Jeanne Grenard had four children when Jeanne died in 1733, likely from smallpox. Her three-year-old son died three weeks later. Jean married a widower and had another three children.

As keeper of Louisbourg Lighthouse, Jean Grenard was responsible for a complicated lighting apparatus that was constructed in a bronze basin with a diametre of roughly one metre and a depth of twenty-five centimetres. A copper ring, to which were attached thirty-one copper tubes, was kept afloat in the basin by cork. Each tube had a cotton wick in it that would absorb the cod liver oil in the basin. When all thirty-one wicks were lit, the light atop the lighthouse could be seen at a great distance.

Two years after it was placed in operation, the lighthouse went dark after fire destroyed the lantern on September 11, 1736. Work on a new lantern room that would be fireproof began right way, but it wasnt completed for two years. The new lantern featured brick vaults, a lead-sheathed roof, and a lighting basin that was cooled by water. Tolls were levied on vessels entering the harbour to pay for the operating costs of the lighthouse, including the keepers salary.

A report in 1857 noted that a fixed white light was produced by four catoptric lamps with reflectors and four Argand lamps without reflectors. The annual consumption of oil at the station was around 530 gallons.

In 1877, Frederick Gisborne completed a narrow-gauge railway between the coal mines near Sydney and Louisbourg to take advantage of the ice-free harbour there. The Department of Marine noted that the railroad would likely increase the importance of Louisbourgh as a harbour for shipping and ordered a new lantern room for the lighthouse. Raising the tower atop the lighthouse by ten feet was also considered to give the building more the appearance of a lighthouse, but this improvement was not carried out.

Forest fires destroyed bridges along the railroad route in 1883, and the shipment of coal from Louisbourg ceased until an improved railroad was built in 1895. This brought a period of prosperity to Louisbourg that lasted until the 1920s. To better mark the harbour at Louisbourg, which was now a prosperous coal-shipping port, the Department of Marine established a pair of range lights in 1897 on the west shore of the harbour, not far from the former fortress. The buoys in the harbour were also improved that year. With all these navigational aids, the Department of Marine was sure that vessels of the deepest draught could enter the harbour at any time in perfect safety.

In 1904, work began on buildings, 400 feet southeast of the lighthouse, for a first-class fog siren. A white house atop a small knoll contained the siren machinery, while a larger brick building, thirty-five feet to the north, contained the engines. The siren sounded a double blast every two minutes and was placed in operation on February 18, 1902. An engineer was employed to run the fog siren at an annual salary of $500 while the light keeper received $350. Keeper Price was asked to assist D.A. Campbell with the fog siren in exchange for his salary being raised to $470, but he replied, The fact is I would rather not have anything to do with the present whistle at any salary as it is my opinion it is almost worthless and will never do . . . it is constantly getting out of order and some parts of the machinery breaking, but the worse fault is it cannot be heard any distance.

A three-inch diaphone replaced the siren in 1908, which required the fog alarm building to be enlarged. The Canadian Fog Signal Company of Toronto supplied the diaphone for $2,300, while the enlargement of the fog alarm building cost $1,393.71. A submarine fog bell was also established east of Harbour Shoal, off the entrance to Louisbourg Harbour, in 1908 at a cost of $993.92. The characteristic of the submarine bell was changed in 1910 from two strokes to four strokes in quick succession about five times every minute. The submarine bell was discontinued in 1915 in favour of a submarine bell buoy.

A fourth-order lens was installed in the lighthouse in 1915, changing the characteristic of the light from fixed white to a flashing white light.

On June 2, 1923, Louisbourg Lighthouse caught fire and burned to the ground. The fire started around 7 p.m., but an alarm was not raised until 8 p.m. By that time, it was too late to save the structure, though the fog alarm building suffered no damage. A temporary light was erected atop the roof of the diaphone building on the knoll, and plans were quickly made for a new lighthouse.

E.M. Dickson of Atlantic Engineering Works of Sydney was hired to build a reinforced concrete tower and a double dwelling for $18,100. The octagonal tower stands fifty-five feet tall and is similar to the one on Georges Island in Halifax Harbour, except it features more ornamentations around the base and at the lantern room. The new lighthouse was placed in operation on February 20, 1924, showing a white flash every seven seconds. Rather than have a keeper and engineer at the station, a head keeper was placed in charge of both the light and fog alarm and had assistants working under him.

In 1926, Louisbourg had a Come Home Week during which two plaques the Historic Sites and Monuments Board of Canada had installed on the lighthouse were unveiled. One of the plaques celebrates the French defenders who against overwhelming odds tried to defend the Island Battery in 1745 and 1758, while the other commemorates the original French lighthouse and the British batteries built nearby during the sieges.

Commercial power finally came to the lighthouse in 1957. The town of Louisbourg had electricity since 1916, but it wasnt until the Rural Electrification Act of 1957 passed that authorized service if there were at least three customers that the station could be electrified. The three customers at Lighthouse Point were the lighthouse, Keeper Wilfred Covey, and his assistant Frank Kozera. Three bungalows were built in 1967-68 for the keepers, and the duplex was removed a few years later.

Roy Forgeron, the last keeper of Louisbourg Lighthouse, started at the station in October 1966 and retired when the station was de-staffed in 1990. It was a good life, but the last twelve years were hard, with being the lone keeper I was tied down seven days a week, Forgeron recalled. The work was not too demanding but you always had to be here. There were always lots of visitors, as Parks Canada people would send them over here from the fortress. Sometimes I would climb the tower with visitors 30 or 40 times a day.

For a larger map of Louisbourg Lighthouse, click the lighthouse in the above map.

From Route 22 (Main Street and Fleur-de-Lis Trail) in Louisbourg, turn east onto Havenside Road at the northern end of the waterfront and follow it for 3.2 km (2 miles) to Louisbourg Lighthouse.