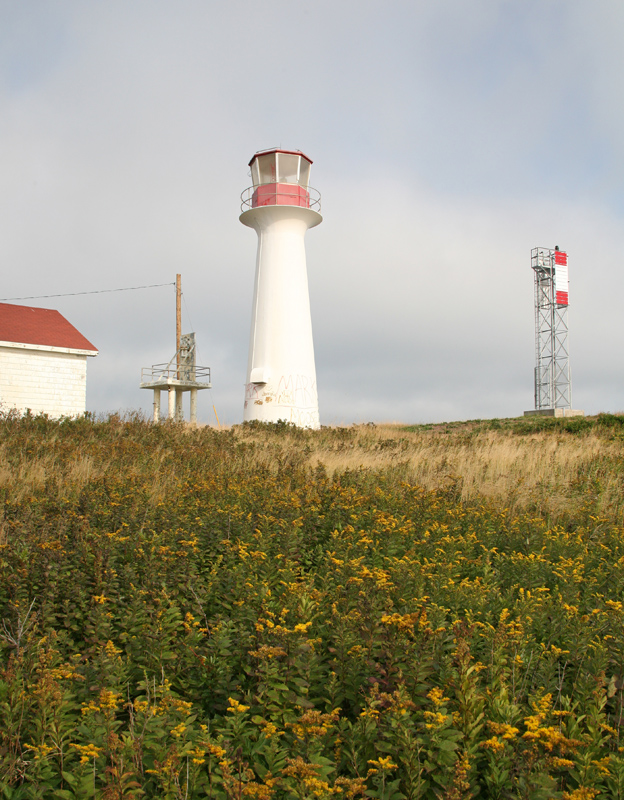 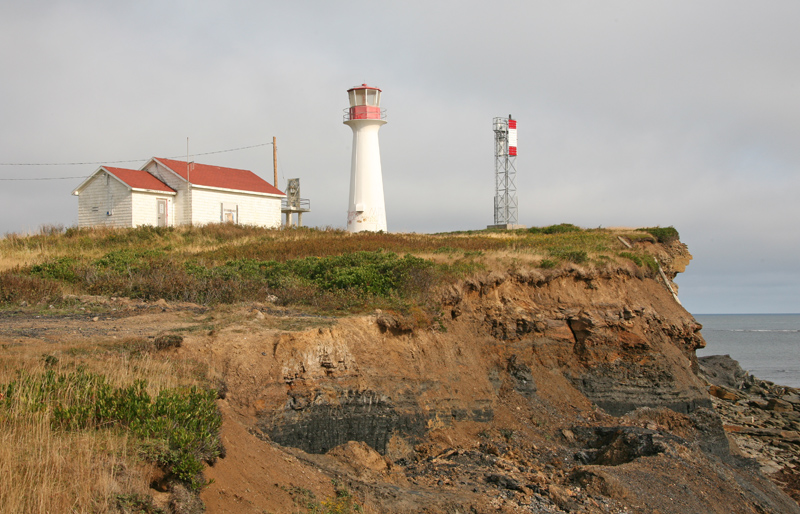 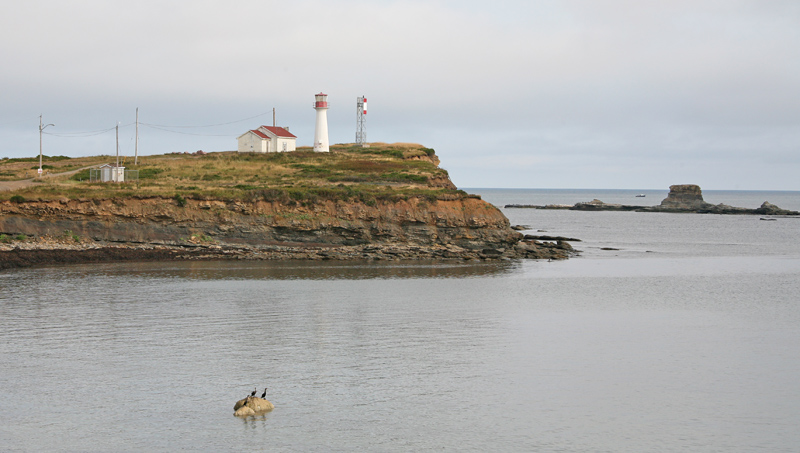 A light-house has been erected during the year on the High Cape, north side of entrance to Little Bras d'Or, Cape Breton.

The light is fixed red, elevated 91 feet above high water-mark, and will probably be seen, in clear weather, ten miles. The tower is a square wooden building 20 feet high, and painted white. The lantern is of iron, 6 feet in diameter, having eight sides, glazed with plate-glass 36x28 inches. There are two blank panes, and the lighting apparatus consists of three mammoth flat-wick lamps with 18-inch reflectors, and one with 16-inch reflector. About 274 gallons of oil were delivered at this station. The keeper lives in his own house, about half a mile distant.

Mr. John A. Moore built the light tower, for the contract price of $500. The light is for the purpose of guiding vessels into Little Bras d'Or, and was put in operation on the 20th of November, 1874. Mr. George Bonner appointed keeper, at a salary of $150 per annum.

The total cost of the lighthouse, including the illuminating apparatus, came to $1,485.85.

In 1878, the glass in the lantern room was re-glazed to stop leaks, and the lantern deck was recovered with canvas and lead flushing, painted, and made tight. A coal locker was also built that year, and the foundation of the lighthouse was repointed. An oil store was added to the station in 1885.

In 1893, a ten-by-fourteen-foot addition was built on the north side of the tower, and the entire lighthouse was re-shingled and painted. In 1915, a fourth-order Fresnel lens was installed in the lantern room of the lighthouse, and the characteristic of the light changed at this time from fixed red to an occulting light that showed a white light for ten seconds followed by a five-second eclipse.

William P. Anderson, Chief Engineer of the Department of Marine, sailed aboard the chartered steamer Newfoundland in 1901 for the purpose of inspecting navigational aids between Canso and Bras dOr Lake and determining what improvements were needed. Regarding the lighthouse near Point Aconi, Anderson wrote, The light here was located to indicate the entrance to Little Bras d'Or. Since Little Bras d'Or has been spanned by a bridge, traffic by that route has almost entirely fallen off. The light would be much more serviceable if removed to the extremity of the point, and this is recommended.

This recommendation would be finally carried out, but not for many years. The wooden lighthouse on High Cape, a mile south of Point Aconi, remained in service through at least 1939. By 1947, the light on High Cape was gone and range lights, in the form of two poles with lights on them, had been established to mark the entrance to Little Bras dOr Channel.

Sometime in the early 1960s, a light was finally established on Point Aconi itself in the form of a fluorescent-orange skeletal tower that stood thirty-four feet tall and had white slatwork on two of its sides with fluorescent-organ vertical stripes in the centre of the slatwork. At one time, as many as three keepers were assigned to the station, which also included a foghorn, but it was later reduced to a one-keeper station. Carl D. Goyetche, the last keeper, served from 1979 until the station was de-staffed in 1990.

A round, white, fibreglass tower was installed on Point Aconi in 1989 to replace the skeletal tower. After automation, the only buildings left on the point were the white tower and a fog alarm building.

Sometime between Friday and Sunday, February 21  23, 2014, the fibreglass Point Aconi Lighthouse and the nearby building burned to the ground. Due to the remoteness of the area, nobody reported the fire until after it was already out. A skeletal tower was already being used to display the light on the point when the fire destroyed the fibreglass tower, and the skeletal tower remains in use today.

If you take a look at Point Aconi from a distance, dark coal seams can be readily seen. The area around Point Aconi has been commercially mined since the early 1800s, and Point Aconi was home to Prince Colliery, the last underground active coal mine in Nova Scotia. Prince Colliery was opened during the global energy crisis in the early 1970s, and two decades later the Point Aconi Generating Station was built adjacent to the mine to convert the readily available fuel source into electricity. Prince Colliery closed in 2001, but the generating station remains in operation, using imported coal.

For a larger map of Point Aconi Lighthouse, click the lighthouse in the above map.

From Bras d'Or, take Highway 105 west over the river, and then take your first right onto Point Aconi Road, which you can follow for 10.2 km (6.4 miles) to reach Point Aconi Lighthouse.