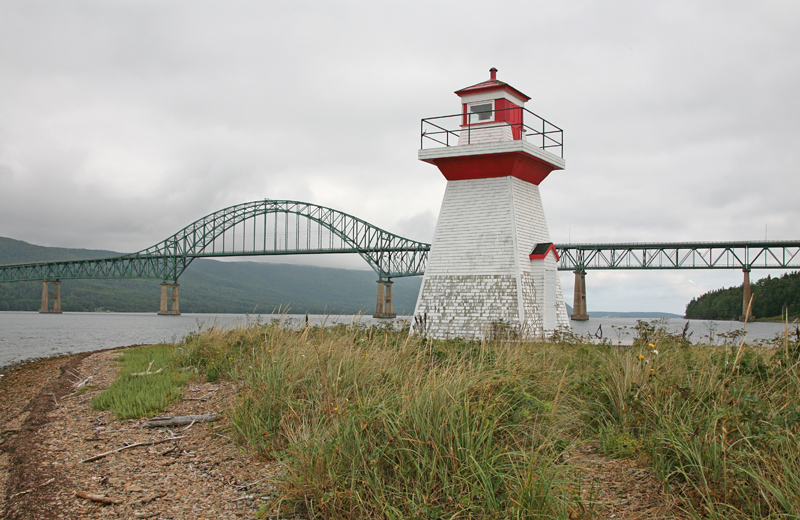 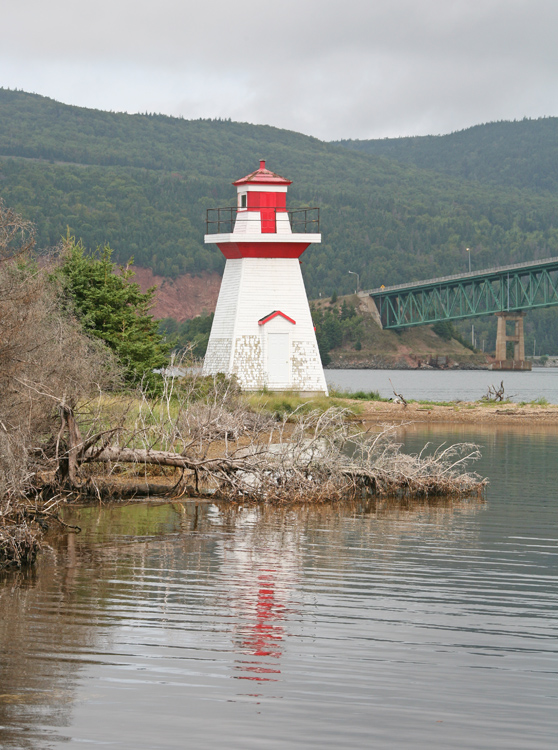 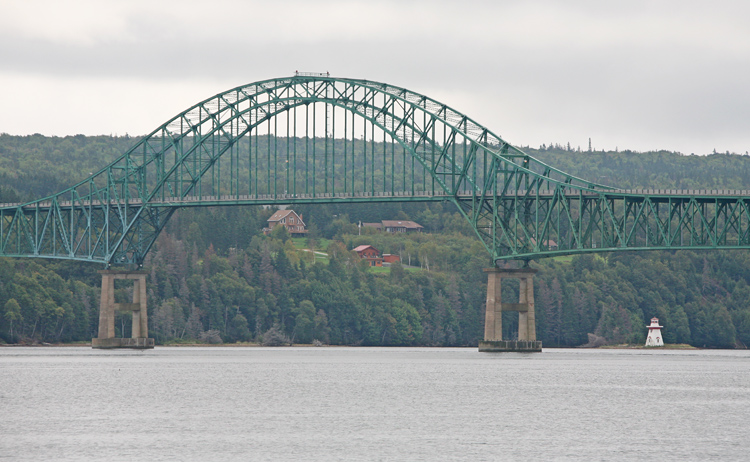 Boularderie Island is situated at the entrance to Bras dOr Lake from Cabot Strait and the Atlantic Ocean, and two outlets from the lake run along the sides of the island: Great Bras dOr Channel on the islands northwestern shore and St. Andrews Channel and Little Bras dOr Channel along the islands southeastern shore. The island is named after Louis-Simon le Poupet de la Boularderie, who was granted the area by the King of France. Boularderie Island is forty kilometres long and between three and ten kilometres wide, which makes it Nova Scotias second largest island after Cape Breton Island.

Several lighthouses were built along Great Bras dOr Channel to help mariners find the entrance to the channel from Cabot Strait and to navigate narrow sections of the channel. One of these narrow sections is located between Seal Reefs, which lie east of the Seal Islands, and McNeil Beach, which extends from Boularderie Island. Here, the channel is just 180 metres wide with a depth that varies between 12.8 and 23.8 metres.

In 1884, the Department of Marine established a beacon light on McNeil Beach that was similar to three built that same year to mark Lennox Passage. The beacon light at McNeil Beach consisted of a dioptric lantern that was hoisted up a twenty-five-foot-tall pole, with a white shed at its base. This fixed-red light was elevated thirty-three feet above the water and could be seen for about eight miles. Lauchlin McNeil was placed in charge of the light on August 6, 1884.

The current lighthouse at McNeil Beach replaced the pole light in 1909. L. Mury of West Arichat was paid $780 to construct the thirty-three-foot-tall wooden tower, which is square in plan, with sloping sides, and surmounted by a square lantern. A sixth-order lens was used in the new lighthouse to produce a fixed-red light.

Lauchlin McNeil served as keeper of the light from 1884 until 1927, when he finally retired at the age of ninety-two. Launchlin McNeil was one of the oldest people on Boularderie Island when he died in 1937 at the age of 102.

Vehicular traffic across Great Bras dOr Channel was supported by two ferries for many years. One ferry ran between Campbellton and Big Bras dOr at the northern end of the channel, and a second ferry linked Big Harbour and Ross Ferry at the southern end of the channel. In 1960, construction began on Seal Island Bridge, roughly midway between the location of the two ferries it would replace. When the bridge was completed in 1961, lighted buoys were placed to mark the channel beneath it, and McNeil Beach Lighthouse was discontinued.

Keilor Bentley purchased the lighthouse in 1965 for $250 and built a one-storey addition on one side of the tower. This addition was later removed, and in 1998 Bentley donated the lighthouse to Acadia University. The lighthouse was restored in 2004 - 2005, using money from the J.M. Kaplan Fund. Due to years of neglect, the lighthouse had suffered significant structural damage, and the two floors had to be completely removed and restored along with two corner posts and several studs. The Nova Scotia Lighthouse Preservation Society provided guidelines for heritage restoration practices but was shocked to learn that vinyl windows and a steel door were placed in the lighthouse.

With no long-term need for the lighthouse, the university returned the lighthouse to Bentley. Upon the death of Bentely in 2015, the lighthouse was passed to his daughter Jean Laing, who has offered to donate it to Boularderie Island Historical Society.

For a larger map of McNeil Beach Lighthouse, click the lighthouse in the above map.

From the southeast end of Seal Island Bridge, take Kempt-Head Road and drive southwest for just under a kilometre and then turn right onto Kellys View Drive. A trail to the lighthouse used to start between the driveways to 78 and 84, but visitors in 2020 reported that the right-of-way was blocked and there was a "No Lighthouse Access" sign. The lighthouse has been restored by Boularderie Island Lighthouse Preservation Project.