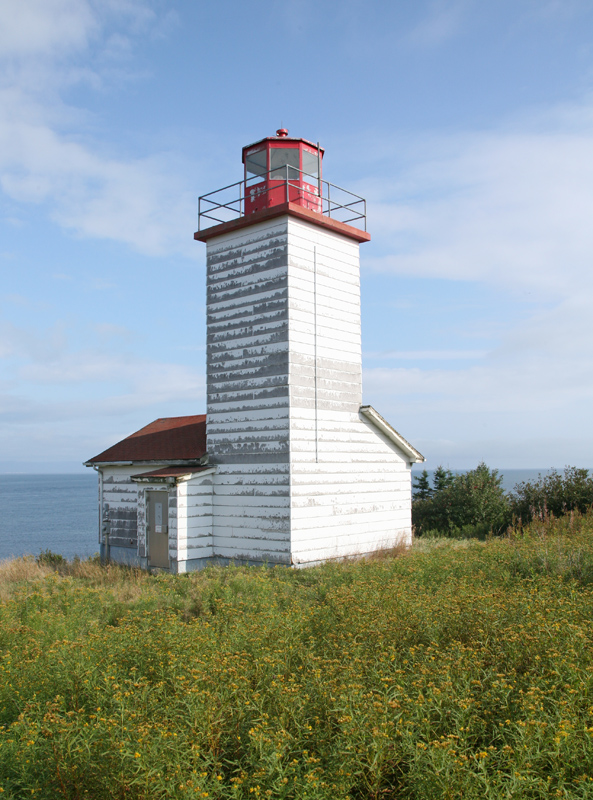 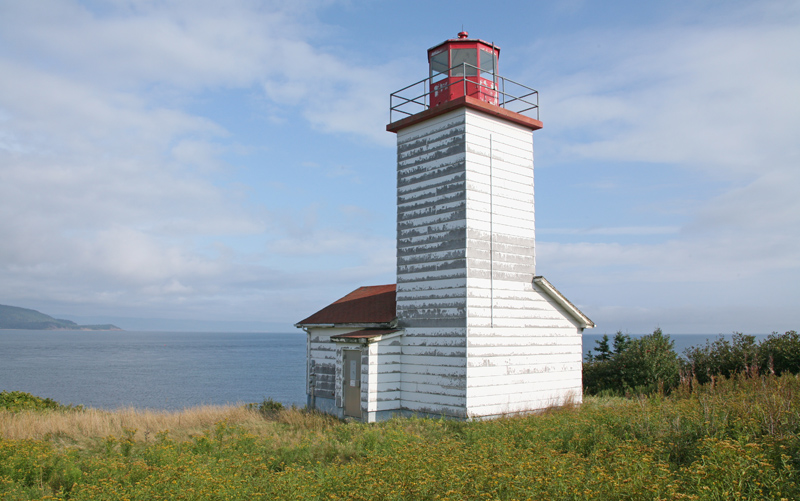 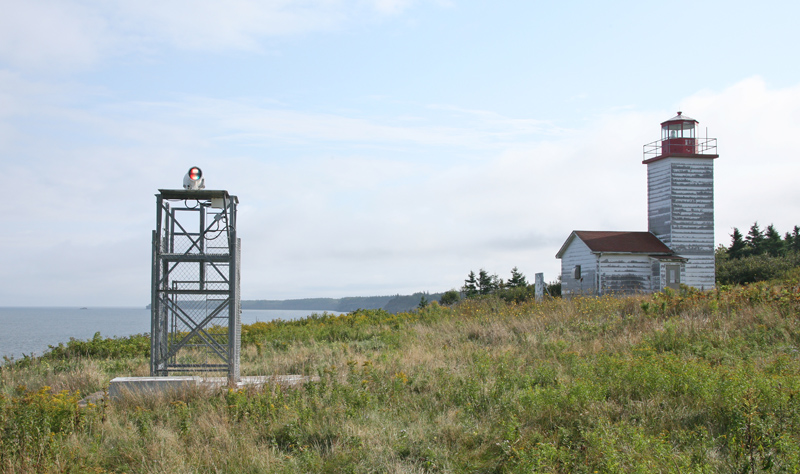 Three lighthouses have stood atop Black Rock Point. On July 20, 1867, the Board of Works of Nova Scotia awarded a $1,750 contract to Robert Purves to erect the first one, which was a one-storey building with a three-sided window that projected from its hipped roof. Donald Morrison began serving as the stations first keeper in 1868, and he was responsible for four lights that shone from the lighthouse: two facing seaward, one across the channel, and one south toward the harbor. The government purchased three acres of land for the lighthouse from the estate of the late Roderick Morrison for $84. The three-acre parcel was part of 100 acres that were granted to Roderick Morrison in 1842.

After Keeper Donald Morrison passed away in 1888, his son Alexander cared for the lighthouse for a few years before a second son, Malcom, took charge of the light. Malcolm served as keeper until 1929.

By 1933, the original lighthouse had been modified through the addition of a square tower topped by a square lantern room on the seaward side of the dwelling.

In 1979, the old two-storey lighthouse was purchased and moved a couple hundred metres south to serve as a private residence.

Frank Kozera, the stations last keeper, left in 1990 after the government refused to allow him to continue to live in the dwelling on the site under a lease agreement. The dwelling he lived in was subsequently sold and removed from the property.

For a larger map of Black Rock Point Lighthouse, click the lighthouse in the above map.