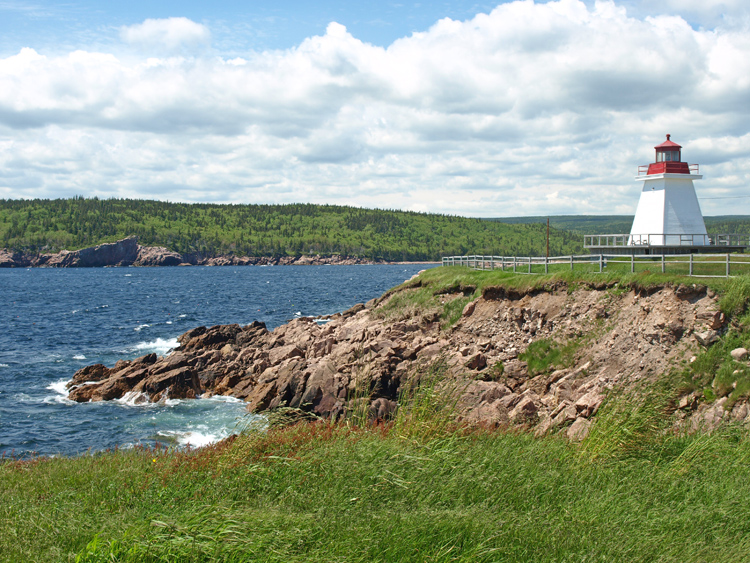 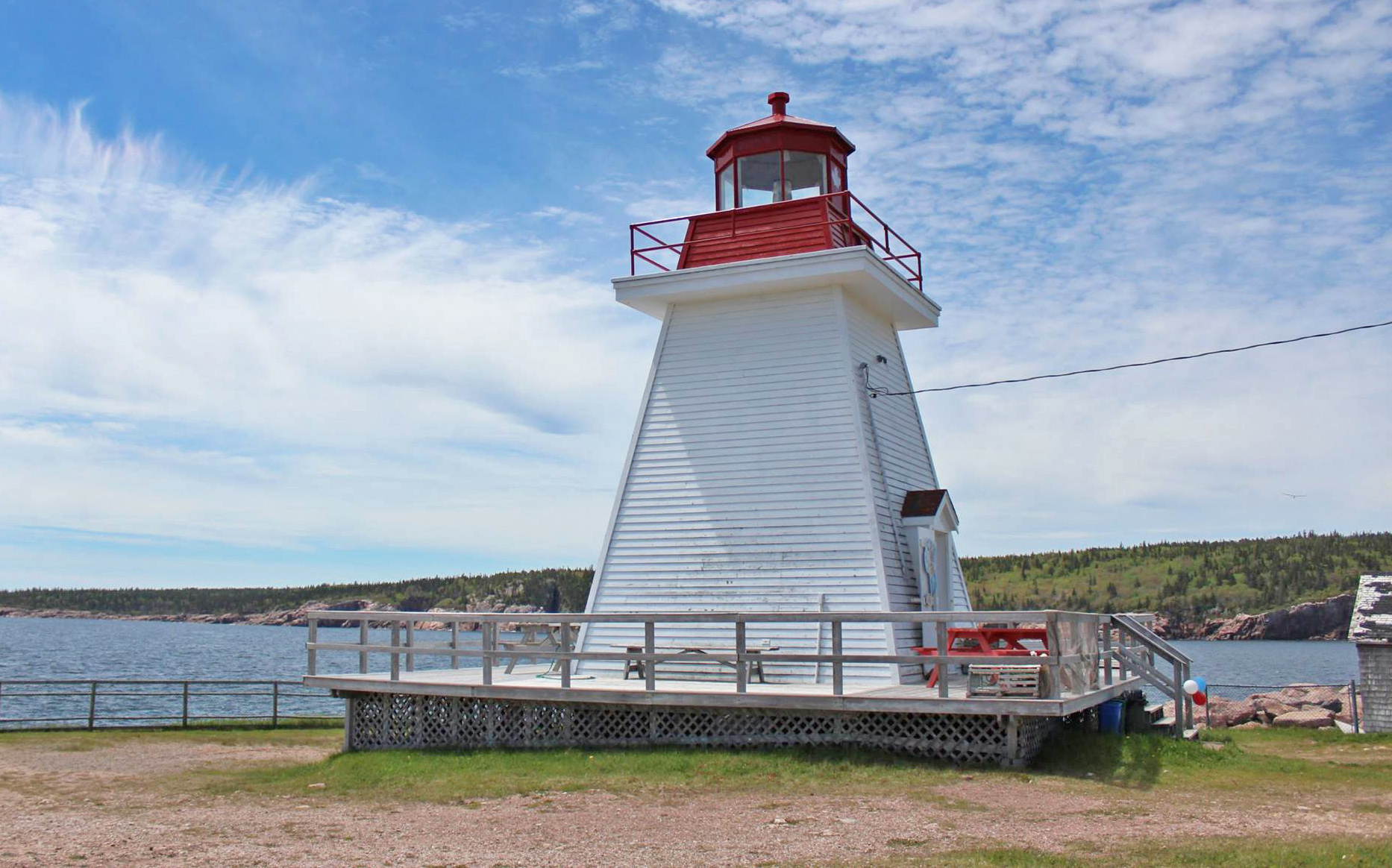 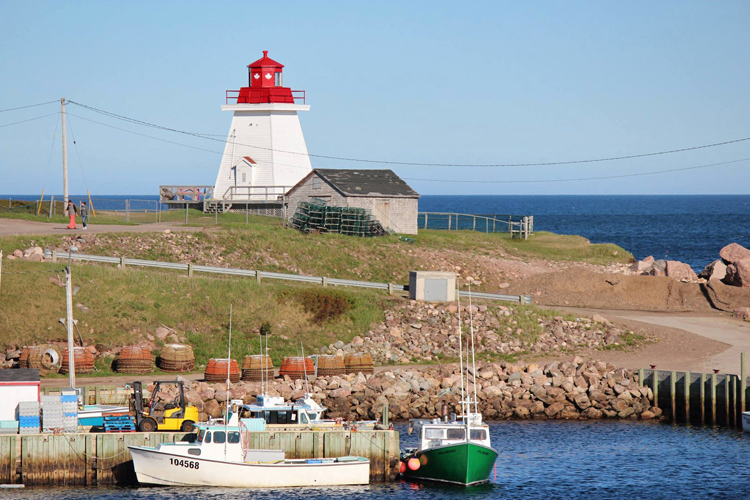 Neils Harbour is a small settlement located between Ingonish and Dingwall on Cape Bretons Cabot trail. Blessed with a sheltered cove, excellent conditions for drying fish, and close proximity to abundant fishing grounds, Neils Harbour was a popular fishing base for both Scottish and French settlers in the 1700s. Neil MacLennan, an enterprising merchant based in Westmont, would sail to the protected cove with his vessel laden with dry goods to trade with the fishermen. MacLennan became such an integral part of life at the cove that the fishermen began calling it Neils Cove, and over time the name became Neils Harbour. Between 1871 and 1891, the population of Neils Harbour and nearby New Haven swelled to 430, due to an influx of Newfoundland fishermen looking for better fishing grounds. To mark the entrance to the harbour, the Department of Marine established a lighthouse in 1899 on the outer edge of the headland that protects the harbour. The following description of Neils Harbour Lighthouse was published that year:

The lighthouse is an inclosed wooden building square in plan, with sloping sides, painted white, surmounted by an octagonal iron lantern painted red. It is 34 feet in height from its base to the ventilator on the lantern. The lighthouse stands on ground elevated 46 feet above high-water mark, and is 65 feet back from the edge of the bank.

The light is fixed red, elevated 73 feet above high water, and visible 8 miles from all points of approach by water. The illuminating apparatus is dioptric of the seventh order.

The work was done by Mr. P. McFarlane, of Baddeck, under contract for $725.

Angus A. Buchanan, who also served as a member of the Legislative Assembly of Nova Scotia, was hired as the first keeper of the lighthouse on August 14, 1899 as an annual salary of $150. In 1910, Keeper Buchanan was given a hand-operated foghorn that he was required to sound in response to signals from vessels during periods of limited visibility. George Sweet, Jr. replaced Buchanan as keeper in 1911 and was in charge of the lighthouse for the next twenty years.

On November 2, 1956, a 200-watt electric light bulb replaced the oil lamp that had been used in the lighthouse, and six days later, Walter Bragg, who had been keeper of the lighthouse for over twenty years, was out of a job.

In 1964, a time clock was used to turn the light on and off, and a standby twelve-volt, battery-operated light was used in case of power failure.

For several years, Scott Hatcher operated an ice cream shop in the lighthouse during the summer. Scott went away to school in Halifax, but after finding city life wasnt for him, he returned to Neils Harbour. The villages volunteer fire department had previously sold ice cream out of the lighthouse starting in 1999, but Scotty Hatcher took over the operation in 2003. Scotts brother, Tim, and girlfriend, Skye MacDonald, also helped run the shop.

Neils Harbour-New Haven Community Development Association entered the lighthouse in This Lighthouse Matters, a crowdfunding competition sponsored by National Trust for Canada and the Nova Scotia Lighthouse Preservation Society in 2015. Twenty-six lighthouses in Nova Scotia competed for online votes in three different categories: High Tide, Ebb Tide, and Low Tide. The top three vote-getters in each category were given monetary awards that totaled $250,000. Neils Harbour Lighthouse came in second in the Low Tide category and won $10,000. Using the prize money, rotten wooden in the lighthouse was replaced and a leak in the lantern room was repaired.

For a larger map of Neils' Harbour Lighthouse, click the lighthouse in the above map.

From Route 30, the Cabot Trail, at the northeastern part of Cape Breton Highlands National Park, take New Haven Road east for 1 km (0.6 miles) to Neils' Harbour, and then turn right onto Lighthouse Road and drive a short distance to reach Neil's Harbour Lighthouse. In recent years, the lighthouse has been home to an ice cream shop during the summer.

The lighthouse is owned by the Canadian Coast Guard. Grounds open, tower has served as an ice cream shop in the summer.