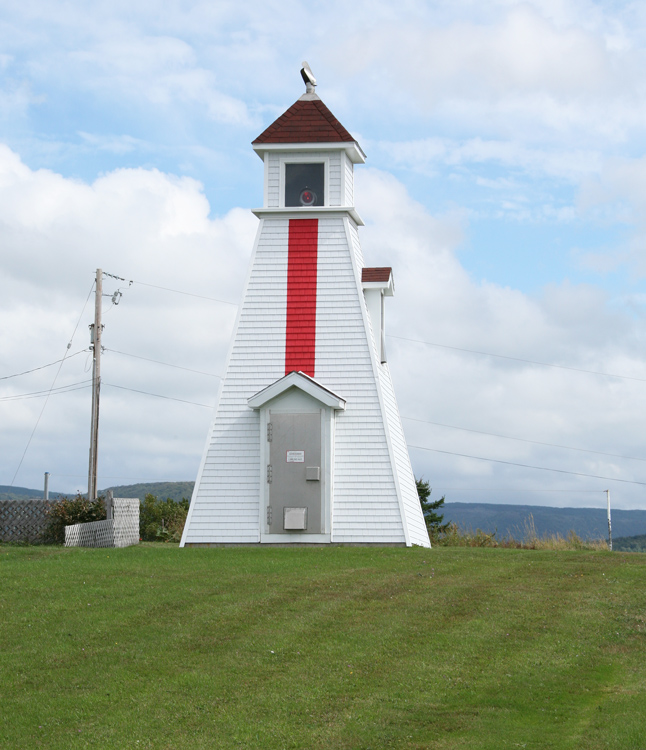 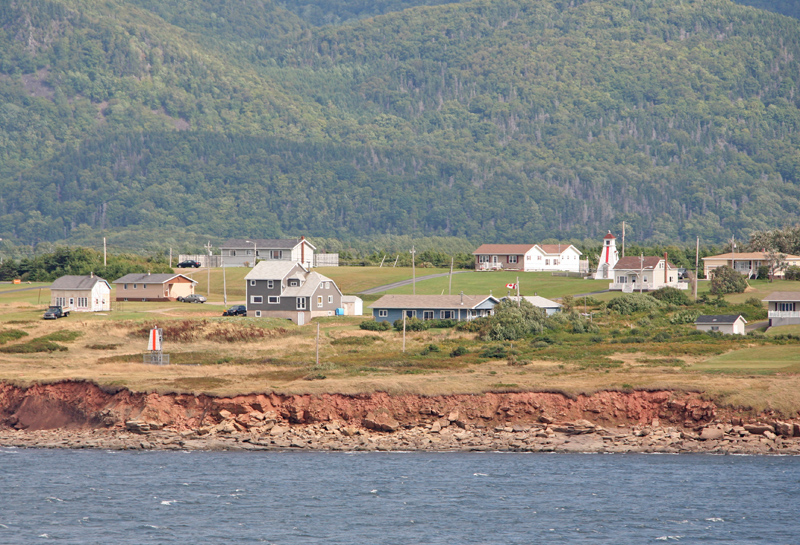 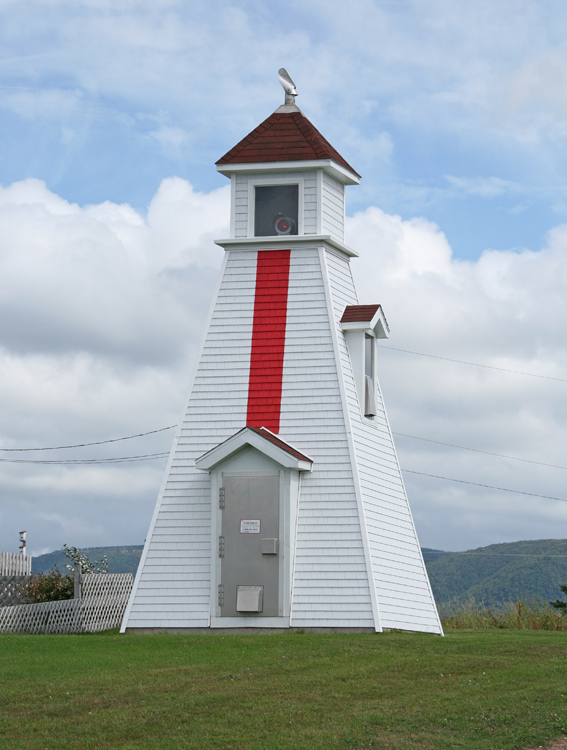 Cheticamp is a traditional Acadian fishing village situated between the waters of the Gulf of St. Lawrence and the highlands of Cape Breton Island. The village together with Saint-Joseph-du-Moine, its smaller neighbor, make up the largest Fracophone enclave on Cape Breton Island. For visitors, it is a great place to sample some typical Acadian food and see fine examples of rug hooking and other local crafts. Cheticamp Island, which is roughly five kilometres long, in a north-south direction, and a kilometer-and-a-half wide, parallels the shore at Cheticamp and forms Cheticamp Eastern Harbour. Cheticamp Island is attached to the mainland at its southern end by a low, narrow beach and also offers mariners some protected anchorage near its southwest tip.

The entrance to Cheticamp Eastern Harbour lies between the northeast end of Cheticamp Island and Caveau Point on the mainland. To help mariners find the entrance to the harbour, range lights were established in the harbour in 1890 in the form of lanterns hoisted atop masts that had small sheds at their base. A second set of range lights was built in 1897 on Caveau Point, north of those built in the harbour in 1890, to help mariners safely reach the outer harbour.

The Department of Marine provided a description of this new range in its annual report:

Caveau Point Lights. Two leading lights erected on Caveau Point, at the entrance to Eastern Harbour, Cheticamp, were put in operation on the 3rd October, 1897. Fixed white lights are shown from square wooden towers, with sloping walls twenty-seven feet high from base to vane. The towers were built by contract by Mr. Fulgence Aucoin, at a cost of $447.

Germain Chiasson served as keeper of the range lights from 1897 to 1912, at which point N.D. Desveaux was placed in charge of the lights.

Caveau Point Range Lights were changed in 1950 from fixed white lights to fixed green lights. Then, in 1976, skeletal towers replaced the original enclosed wooden ones. Around 1990, an enclosed tower was once again built for the rear light.

Keeper Severin Chaisson was dismissed in February 1931 because of political partisanship.

For a larger map of Caveau Point Range Rear Lighthouse, click the lighthouse in the above map.

Located alongside Route 30, the Cabot Trail, just north of Cheticamp.