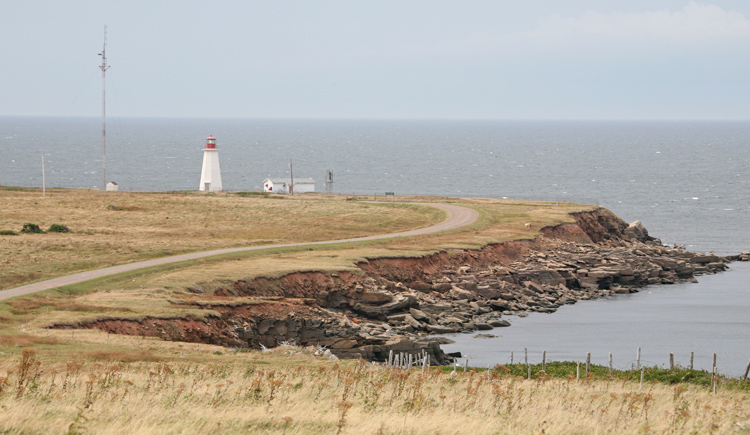 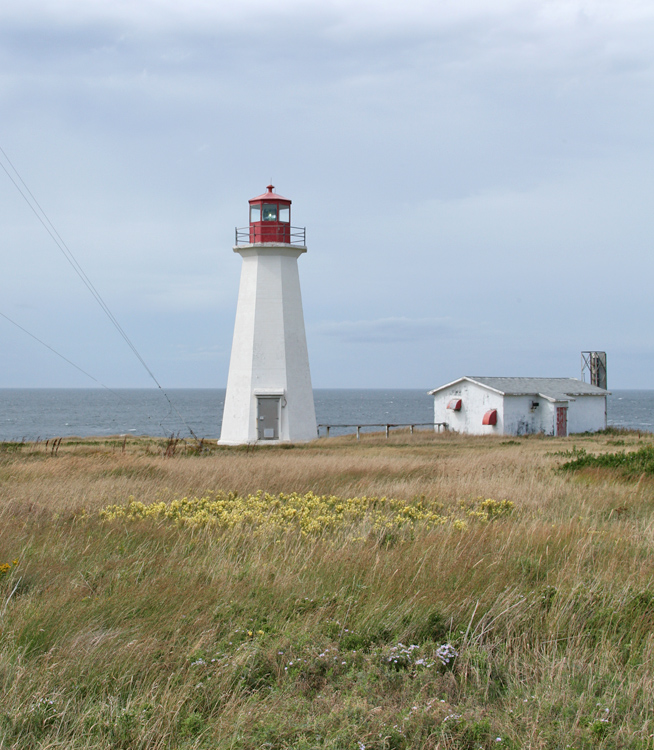 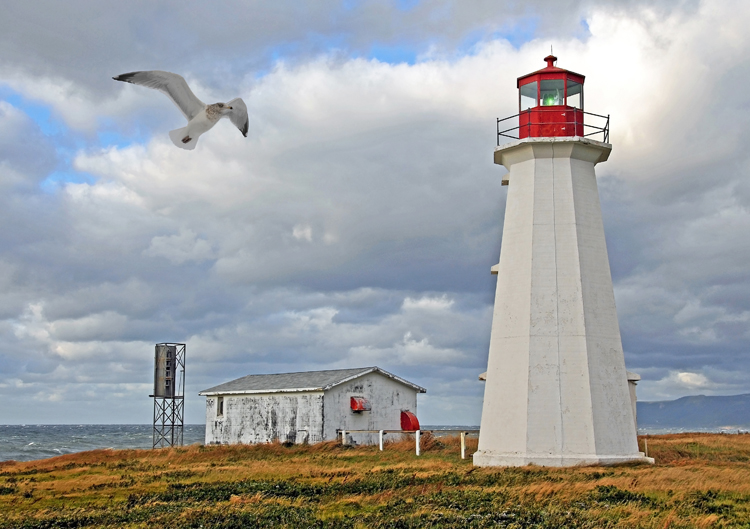 Cheticamp is a traditional Acadian fishing village situated between the waters of the Gulf of St. Lawrence and the highlands of Cape Breton Island. The village together with Saint-Joseph-du-Moine, its smaller neighbor, make up the largest Fracophone enclave on Cape Breton Island. For visitors, it is a great place to sample some typical Acadian food and see fine examples of rug hooking and other local crafts. Cheticamp Island, which is roughly five kilometres long, in a north-south direction, and a kilometer-and-a-half wide, parallels the shore at Cheticamp and forms Cheticamp Eastern Harbour. Cheticamp Island is attached to the mainland at its southern end by a low, narrow beach and also offers mariners some protected anchorage near its southwest tip.

The Department of Marine announced the completion of a lighthouse on the southwest end of Cheticamp Island in 1872:

A superior new white revolving light, on the catoptric principle, has recently been established on the south west end of the Cheticamp Island, on the north west coast of Cape Breton. It has two circular burner lamps, with twenty-inch reflectors on each of the two faces. The tower is a square wooden building, painted white, and the light shows a flash every three-quarters of a minute, and makes a revolution every minute and a half. It was first exhibited on the 23rd July, 1872, and Mr. Edward Briard was appointed keeper, with a salary of $350 per annum. The actual cost of its construction up to the 30th June last was $2,261.37, but it was not then finished, and the balance of its cost will appear in the accounts of the current year.

A.P. McNeil built the twenty-four-foot-tall tower and attached dwelling for $1,600, while the lantern room and illuminating apparatus cost $1,846. A black circle, with a diameter of seven feet, was painted on the seaward side of the lighthouse to help mariners identify the structure during the day.

In 1882, stays were attached to the lighthouse as it had been found to vibrate heavily during winter gales that often blew with terrific force in the area. On July 23, 1883, lightning struck the lighthouse and caused considerable damage to the lighthouse, though the illuminating apparatus was not injured.

A new tower, measuring nineteen feet square at its base and standing twenty-five feet high, was built on the north side of the dwelling in 1896, and the lighthouse iron lantern room was transferred to it before the old tower on the west side of the dwelling was torn down. The insecure nature of the old tower prompted this change. A long-focus, triple-flash reflector was installed in the lantern room in 1915.

In 1937, the primary light on Cheticamp Island was moved from the southwest point of the island to a new lighthouse on Enragee Point, the islands northwest point. This new lighthouse was described as a square, wooden house, standing forty feet tall, that was topped by a red iron lantern room. Peter A. Cormier was keeper on the island when this change was made.

Fire destroyed Enragee Point Lighthouse on October 19, 1956, necessitating the construction of the current concrete octagonal tower that marks the point. Due to its importance as a coastal light, Enragee Point Lighthouse was designated a three-person station in 1967 and two new dwellings had to be built for the additional keepers. The station was electrified in December 1967, and the light was changed to a 400-watt mercury-vapour lamp and the fog alarm to an electronic horn. The staff was reduced to two keepers in 1972, and to one keeper by the end of the decade.

The station was fully automated by 1987, and on April 1, 1988, Patrick LeFort, the last keeper, retired. All that remains at the station is the lighthouse and an equipment building.

I am very proud to celebrate that 100 lighthouses across Canada are now protected under the Act. This 100th designation is especially fitting as the Historic Sites and Monuments Board of Canada is celebrating its 100th anniversary this year. Canadas heritage lighthouses are iconic symbols of our communities and have played a crucial role in keeping mariners safe. Our Government is committed to protecting these special places and I encourage all Canadians to take the opportunity to learn more about our rich and diverse history, including our time-honoured maritime traditions.

Rodger Cuzner, Member of Parliament for Cape Breton, added, Lighthouses are cherished symbols of our seafaring heritage. The Enragée Point Lighthouse is a beloved part of the Chéticamp community. This heritage lighthouse designation will ensure that the lighthouse will be protected for generations. I am proud to recognize this designation, as lighthouses not only contribute to the local economy but are also significant tourism attractions in Nova Scotia.

For a larger map of Enragée Point Lighthouse, click the lighthouse in the above map.