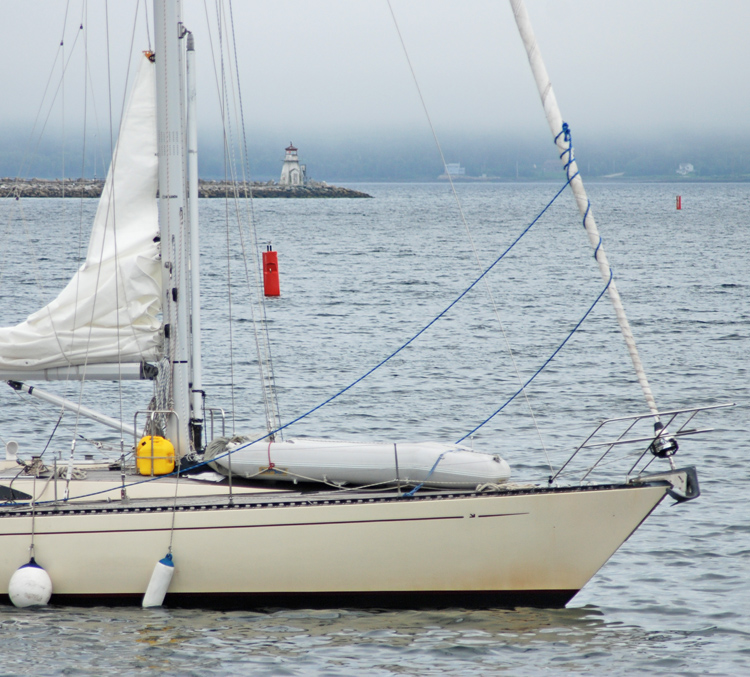 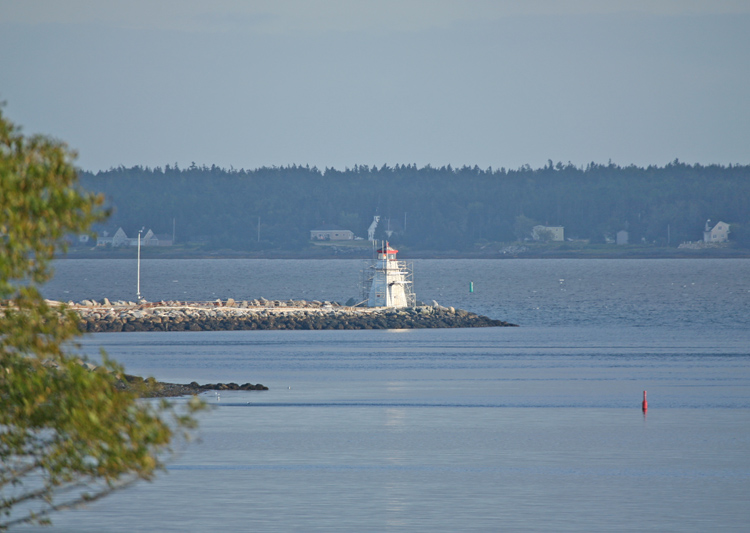 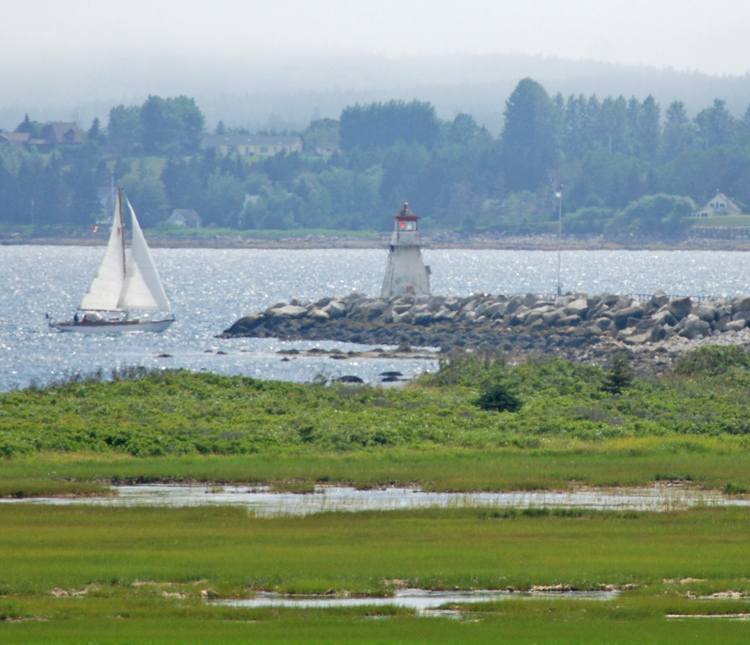 Lunenburg lies on the southern shore of Nova Scotia and was settled primarily by immigrants from Germany, Switzerland, and the Montbeliard region of France starting in 1753. The town developed an economy tied to farming, fishing, and shipbuilding. Local fishermen initially focused on the waters just offshore, but later sailed off to tap the seemingly unlimited resources of the Grand Banks. The Bluenose II, which is homeported in Lunenburg today, is a fine example of the towns shipbuilding heritage and was built in 1963 by Smith and Rhuland Shipyard, which was responsible for the original Bluenose. After being launched on March 21, 1921, the first Bluenose spent the summer fishing the Grand Banks and then won the International Fishermens Race that fall. This race was the fishermens answer to the Americas Cup and required that all entrants be real working vessels, not yachts built just for speed.

The Bluenose, captained by Angus Walters of Lunenburg, gained international fame by remaining undefeated in the International Fishermens Race and by being named high liner of the fleet for having the seasons top catch on more than one occasion. After her racing career, the Bluenose served as an ambassador for the Maritime Provinces, sailing to the Chicago Worlds Fair in 1933 and to England in 1935 for the Silver Jubilee of King George V. An image of the Bluenose was featured on a 50-cent Canadian postage stamp in 1929 and was used on the back of the Canadian dime starting in 1937.

Much to the disappointment of Captain Walters, the Bluenose was sold off in 1942 to serve as a freighter in the West Indies, and just four years later she foundered on a Haitian reef, receiving damage beyond repair.

Construction of the Bluenose II was financed by Oland Brewery, and the vessel was initially used to advertise the companys products. In 1971, however, the vessel was gifted to the government of Nova Scotia, and it now aptly serves as a symbol of the province as Bluenose is a nickname for a Nova Soctian.

With its rich maritime history, it is only right that Lunenburg has a lighthouse legacy that predates the 1951 tower that today is perched at the end of the Battery Point Breakwater. The first lighthouse at Lunenburg was built on Battery Point and consisted of a one-and-a-half-story dwelling with a twelve-sided lantern room situated atop the flat section of its roof. The lantern room, which had a diameter of eight feet, originally housed five lamps set in twelve-inch reflectors. The lights first keeper was John A. Ernst, who was appointed in November 1864 with an annual salary of $240. Keeper Ernst built two structures near the lighthouse, one measuring 22 x 17 feet and the other 14 x 14 feet, to store wood and coal.

In 1937, a light was established near the end of the breakwater that extended from Battery Point. The original lighthouse apparently continued to operate along with the breakwater light until at least 1948, when a new keepers dwelling was built on Battery Point. Then, in 1951, a new breakwater was constructed, and the present tower was placed on its western end in September of that year.

Harvey L. Huskins was made keeper of Battery Point Breakwater Lighthouse in January 1962, after having served on Little Hope Island and Spectacle Island. Speaking of lighthouse keeping, Huskins said there is no money in it, but if I was a young man, I would go right back at it again. I loved it.

Keeper Huskins served for twenty-five years at Battery Point before retiring on June 19, 1987, when the station was officially de-staffed. The six-room dwelling was declared surplus and offered for sale, but as the terms of sale required the owner to move the structure, it sat vacant for eight years before a buyer was found.

Now, all that remains of the Battery Point Light Station is the 1951 breakwater tower. There is no public right-of-way to the lighthouse, so the best views come from the water or from places along the nearby shore.

In 2015, Lunenburg Waterfront Association was awarded $5,000 from the This Place Matters competition as well as $2,544 from the crowd-funding part of that program. The association raised an additional $2,000 for the lighthouse through the sale of reproductions of a painting of the lighthouse be Ceil Duke. Using these funds, millwork and metalwork repairs on the lighthouse were completed in 2016, and the tower was painted. The roof was re-shingled in 2018.

For a larger map of Battery Point Breakwater Lighthouse, click the lighthouse in the above map.

From Route 103, take Lunenburg Exit (Exit 11) and travel south on Route 324 for 11.5 km (7.2 miles) to the wharf area and Atlantic Fisheries Museum in Lunenburg. As access to the breakwater is not permitted, you must view the lighthouse from a distance. One can also leave Lunenburg on Blue Rocks Road and find a couple of viewing spots that are a little closer than the wharf area. One example is a small park right where Pelham Street becomes Blue Rocks Road.


This breakwater lighthouse might not be much, but the Town of Lunendburg, whose harbour the breakwater protects, is not to be missed. Make sure you check out the Lunenburg Academy and the colorful buildings along the waterfront. We stayed at the Brigantine Inn and Suites and had a whole house to ourselves for a reasonable rate. Would also recommend eating at the Old Fish Factory. Battery Point Breakwater Lighthouse appears in the opening sequence of the Syfy Channel's Haven, while Lunenburg Town Hall doubles as the police station in the series.