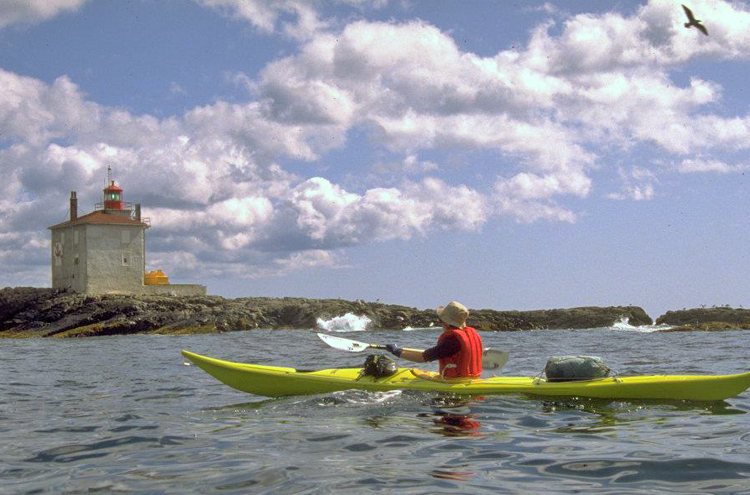 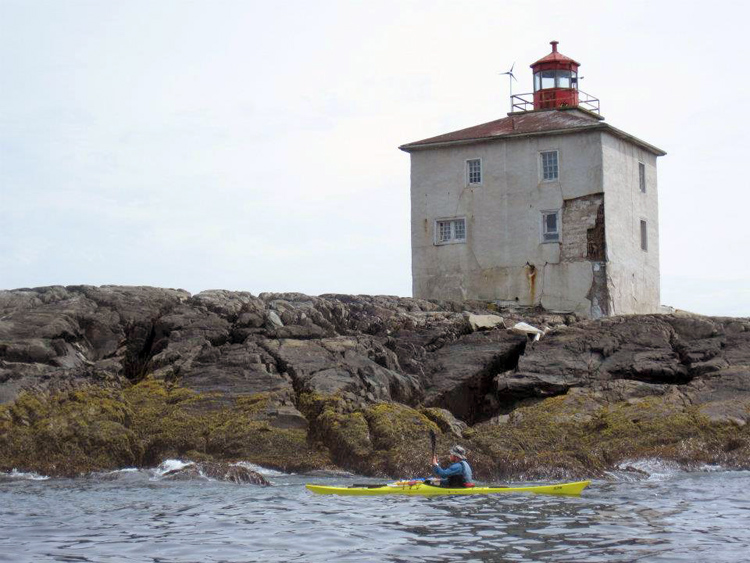 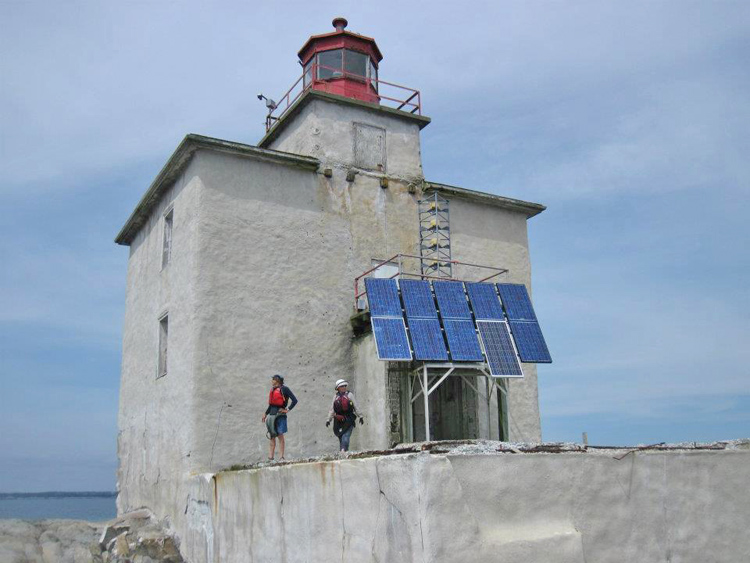 In 1762, two families left Massachusetts to establish a new settlement in Nova Scotia closer to the rich fishing grounds of the Grand Banks. The settlement was called Lockes Island, after Jonathan Locke, the patriarch of one of the two families. After the area was incorporated in 1907, the name was changed to Lockeport. A collection of dangerous ledges and rocks, known as the Ragged Islands, guard the entrance to Lockeport Harbour. After a petition was received from the shipowners of Shelburne County requesting a light to mark these dangers and guide ships into the harbour in 1851, the government approved funds for a lighthouse atop Gull Rock, a wave-swept ledge measuring 100 metres by 38 metres.

The original lighthouse, which consisted of a square, pyramidal tower with a dwelling in its lower portion, was completed in 1853, and Samuel K. Hayden was appointed its first keeper. A separate building measuring twenty by thirteen feet was used for storing oil and firewood. Six lamps, five of which were backed by reflectors, were used in the lantern room to produce a fixed white light.

In 1871, a water tank was constructed at the station so the keeper didnt have to haul water from the mainland. Still, trips to town were occasionally necessary, and while making the crossing on October 28, 1873, Keeper Samuel K. Hayden, Jr. and his wife Charlotte drowned when their boat was upset. Samuel was twenty-four years old, and the couple had just married the previous month. William Hayden saw the rowboat his brother and sister-in-law were in capsize, but he was helpless to render aid as he didnt know how to swim. William replaced his brother as keeper and served until 1876.

In 1882, a new iron lantern room with a diameter of 9 2/3 feet was placed on a platform that had been built atop the tower to suit the larger lantern room. At the same time, a new, more powerful lighting apparatus, consisting of seven 21-inch and five 18-inch reflectors fitted to mammoth flat-wick, constant-level reservoir lamps, was installed in two tiers around a central shaft in the lantern rom. Lorenzo D. Orchard had been serving as keeper of the lighthouse for five years at this time, and he would put in another thirty-one years on the rock. In 1884, Keeper Orchard was given a Pilleys mechanical hand fog alarm that he was required to sound in response to vessels signals during periods of fog or limited visibility.

A hand fog alarm was used at the station until May 1, 1918, when a diaphone fog signal, operated by compressed air and sounding a four-second blast every thirty seconds, was established at the station. The fog signal was housed in a white, square, wooden building with a gable roof that was erected atop an eight-foot-tall foundation on the southeast side of the lighthouse.

A new lighthouse was constructed on Gull Rock in 1948 to replace the original lighthouse that had deteriorated beyond economical repair. This two-storey lighthouse provided much more living space and had a square tower that rose above its pitched roof to support the lantern room.

Jim Guptill was twenty-nine years old when he arrived at Gull Rock as an assistant keeper in 1974. He had served as an assistant under his father for ten years on Country Island, but now he was married, had a small family, and had to think about their future. His family lived ashore so they could be near a school, and he would spend four weeks at the lighthouse followed by four weeks on shore. At Gull Rock, the powerful diaphone horn was in a smaller building adjoining the lighthouse so the keepers were very close the deafening blasts.

Lightkeepers did a lot ofwaiting for a few moments before theyfinished a conversation, Jim said. One of the Coast Guard mechanics pointed out to me it was very interesting coming to these places because he said even on clear days, youll have a lightkeeperrest a moment and hell pick up hisstory and finish it off.

The noise filled the whole building, Jim recalled. The house, the windows shook, the dishes rattled a bit, and it was a very large, audible sound. It was huge! You stopped whatever you were doing and waited until it went away and then you continued on. The longest period of continuous running of the old-type foghorn was fifty-six days on Gull Rock. I was there for twenty-eight of those!

It was not good to wear earplugs because it was a presence more than a sound. It literally was like somebody had come into the house. A very large noisy, plump somebody had taken over your life for just that five seconds!

In 1986, athenite was sprayed on the exterior of the lighthouse increasing the thickness of its reinforced concrete walls from 30 centimeters to nearly 43 centimeters. Gull Rock Lighthouse was de-staffed in 1987, and the fog-alarm building, workshop, and boathouse were all removed. Currently all that remains is the lighthouse, and two skeletal towers that have been placed nearby for the light and foghorn.

The lighthouse is endangered as the covering is starting to fall of the exterior walls, exposing the interior brick. A Protect Gull Rock Lighthouse group has been formed to try to save the lighthouse.

For a larger map of Lockeport (Gull Rock) Lighthouse, click the lighthouse in the above map.

The closest land-based views of Gull Rock Lighthouse can be hand by taking Western Head Road to the end of the peninsula. From Brighton Road, west of Lockeport, continue south on Locke Street instead of taking the causeway to Lockeport, and then turn left on Western Head Road and continue to its end. In 2011, there was a sign on the fence at the end of the road welcoming visitors to enjoy their visit "to this beautiful head." You can walk through a gate and follow a short walking trail that affords good views of the lighthouse on a clear day.