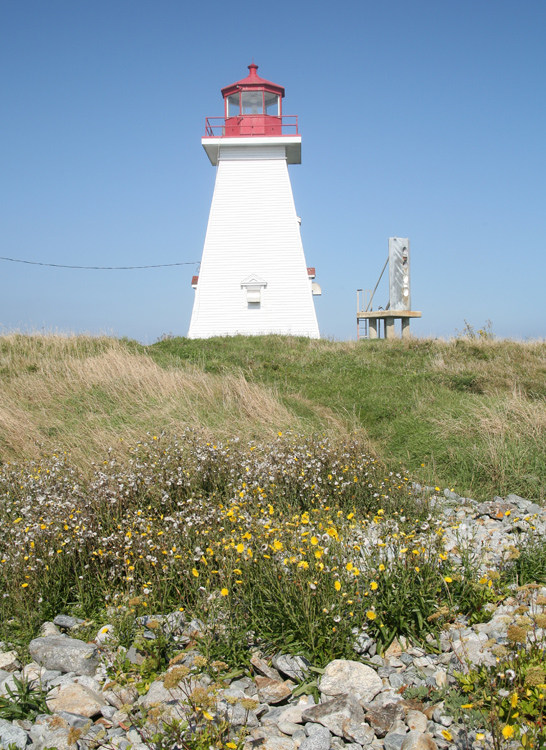 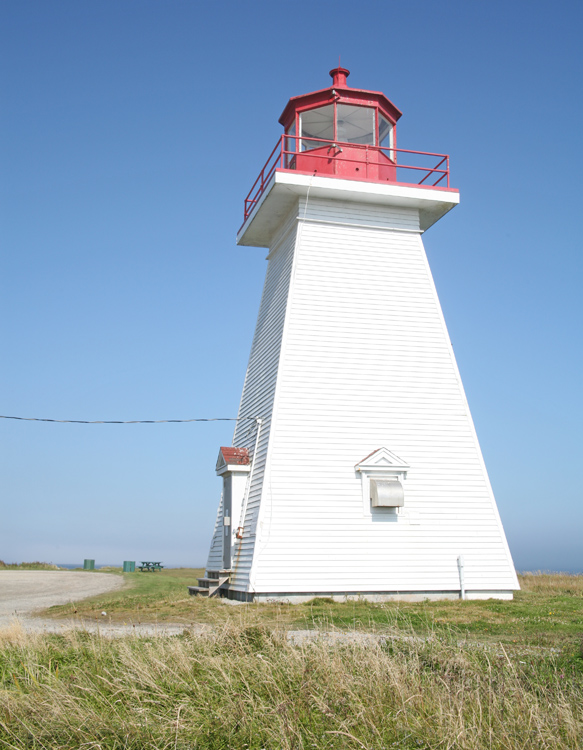 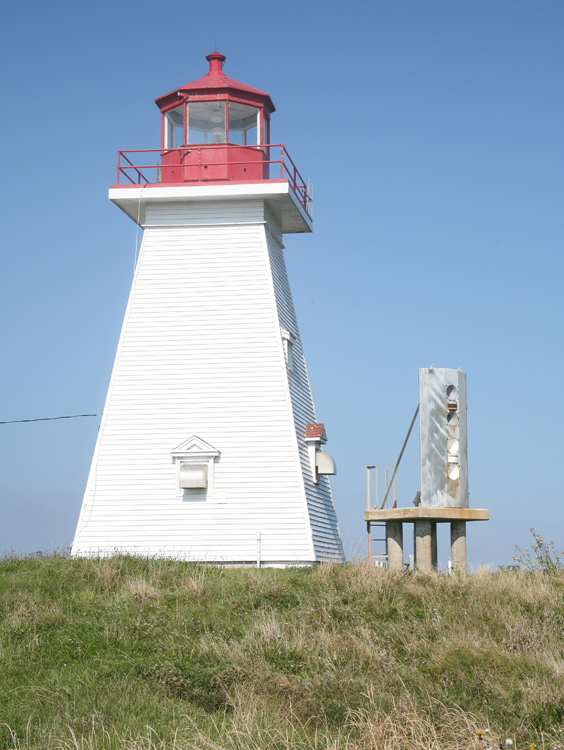 Due to is strategic location, Baccaro Point was the site of a LORAN station established in 1943 by the Royal Canadian Navy and was also home to an early warning radar station, operated, starting in 1957, by the United States Air Force as the Barrington Air Force Station. Control of the radar station was transferred to the Royal Canadian Air Force in 1962. Long-range early warning radar was obsolete by the late 1980s, and the station at Baccaro Point was decommissioned in 1990. A remotely operated coastal radar system, however, is still located on the point.

Long before the days of radar, Baccaro Point was selected as a location for a lighthouse. Materials for the construction of a combination tower and dwelling were landed near the point, and the resulting lighthouse commenced operation on January 16, 1851, with James S. Smith as its keeper. To distinguish the tower from others in the area during daylight, black circles were painted on three faces of the square, pyramidal tower.

James Smith was still keeper at Baccaro Point in 1874, when a report noted that besides the lighthouse a storehouse 18 x 20 feet, a barn 16 x 22, a wood-house 14 x 20, and a small shop 12 x 14 feet used by the keeper for shoemaking were found at the station. The keeper had built the last three of these buildings for his own convenience, and likely to help supplement his meager income through his work as a cobbler. In 1874, the lighting apparatus consisted of a lamp with a twenty-one-inch reflector, two lamps with twenty-inch reflectors, and another three lamps with eighteen-inch reflectors.

The characteristic of the light had been changed in 1870 from a revolving white to a fixed red, to the dissatisfaction of many mariners. On July 11, 1903, Baccaro Point Light was changed from fixed red to a revolving white light with intervals of thirty seconds between its points of greatest brilliancy. This change was brought about by installing the lighting apparatus from Cape Sable at Baccaro Point.

On January 16, 1934, the Baccaro Point Lighthouse was destroyed by fire, forcing keeper Herbert Ross and his family to flee the dwelling in their nightclothes. A temporary light was exhibited from a pole until the present square, pyramidal tower was constructed later that year. W. Trueman Nickerson was appointed keeper in August 1934 and would ride his bicycle out to the lighthouse from his home in Port La Tour. Nickerson was serving as keeper when the LORAN facility was built nearby.

Victor Crowell was assigned to Baccaro Point in 1964, after having been in charge of the light and fog signal at The Salvages for the previous twenty years. Keeper Crowell's time at Baccaro Point was cut short when he was killed in a motor vehicle accident caused by a drunk driver in 1965. Brenton Reynolds, who had moved to Baccaro Point Lighthouse with his wife Annie and three school-aged children from Cape Roseway Lighthouse earlier that year, was serving as Crowells assistant and subsequently took charge of the station. Keeper Reynolds relates that the foghorn on the point would interfere with the annual moose rut, as the signal would call the lovesick beasts out of the woods and right down to the point. Keeper Reynolds retired in 1984, and Baccaro Point Lighthouse was de-staffed. One of the two dwellings on site was relocated to Seal Point, while the other was torn down in 1986.

The fog alarm at Baccaro Point was discontinued in 2014, prompting one citizen to create a facebook page to solicit help in getting the foghorn reactivated.

The non-profit group Keepers of the Baccaro Light was formed in 2015 to preserve the lighthouse and surrounding grounds for future generations. Using a $10,000 grant from the Municipality of Barrington and $3,344 received from the National Trust of Canada, the group repaired and painted the historic wooden structure in 2016. Their next project was to restore the towers lantern room, and this happened in the fall of 2018 with the aid of the Coast Guard.

For a larger map of Baccaro Point Lighthouse, click the lighthouse in the above map.

From Clyde River on Highway 103 exit to Route 309 South (Lighthouse Route) and drive 18.5 km (11.6 miles) to Port la Tour. Continue south for 6.3 km (3.9 miles) on Port Latour Road and then turn onto the gravel Lighthouse Road and drive 0.6 km (0.4 miles) to the light. The signage for the light starts on Highway 103 and continues throughout the drive.

From Barrington continue south on Lighthouse Route for 11.1 km (6.9 miles) to Port Latour Road and follow the directions above.