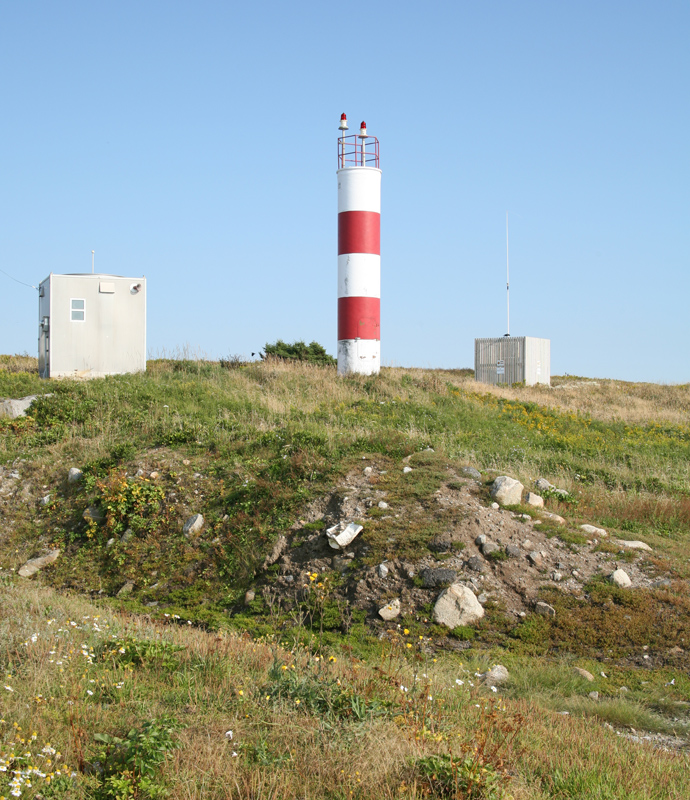 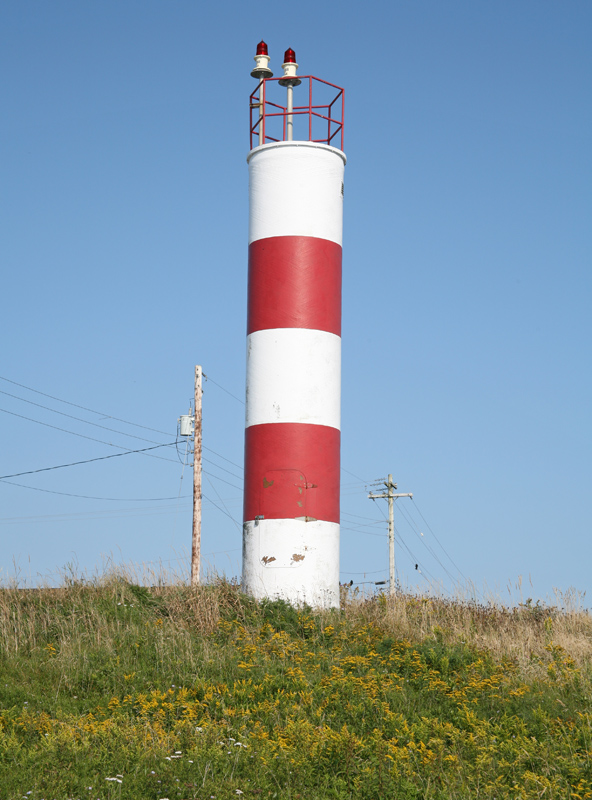 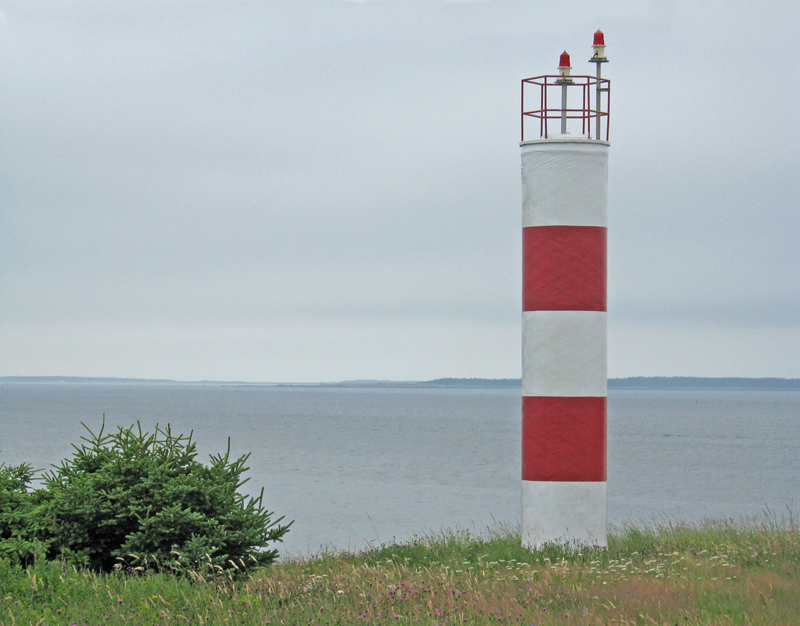 West Head Lighthouse, situated at Clarks Harbor on the western shore of Cape Sable Island, marks the southern side of the western entrance to Barrington Passage. The first lighthouse, placed there in 1888, had been previously used on Brooklyn Pier in Liverpool Bay from 1878 until an 1885 storm destroyed the pier. The Annual Report of the Department of Marine for 1888 provides the following information on the transplanted lighthouse:

The small tower which formerly stood on the outer end of Brooklyn Pier, in Queens County, has been removed and re-erected on West Head, Cape Sable Island, on the southern side of the western entrance to Barrington Passage, Shelburne County. The light is fixed white, and is elevated 42 feet above high-water mark, and should be visible from all points seaward 11 miles. The illuminating apparatus is dioptric. The lighthouse is a square wooden tower painted white, and is 36 feet high from its base to the vane on the lantern.

Alfred K. Smith was appointed the first keeper of the lighthouse on August 25, 1888 at an annual salary of $150. Alfred Smith resigned in 1890, and his son William B. Smith then took charge of the light. William served through 1917, and then Moses G. Smith was appointed keeper. He kept the light until 1936, when Fred Newell took over. Responsibility for the light then passed to Freds son Herbert Newell, the lights final keeper, who was present when the old wooden tower was bulldozed and burned in 1972 and replaced by the current fiberglass tower.

The white circular tower is 6.1 meters tall, equipped with a fixed red light, and painted with two wide red horizontal bands. The glass drum lens from the original light is preserved in the Archelaus Smith Museum in Centreville, Cape Sable Island.

For a larger map of West Head Lighthouse, click the lighthouse in the above map.

Follow Route 330 south from Barrington Passage, hugging the shore, for 11.4 km (7.1 miles). After passing through Centreville and West Head, and just a few meters before the welcome sign to Clarks Harbour, turn right onto a short paved road (Boundry Street) and continue 0.5 km (0.3 miles) towards the wharf. Stop on the left near the Linco Fisheries plant, and the light will be visible behind a couple of small structures.