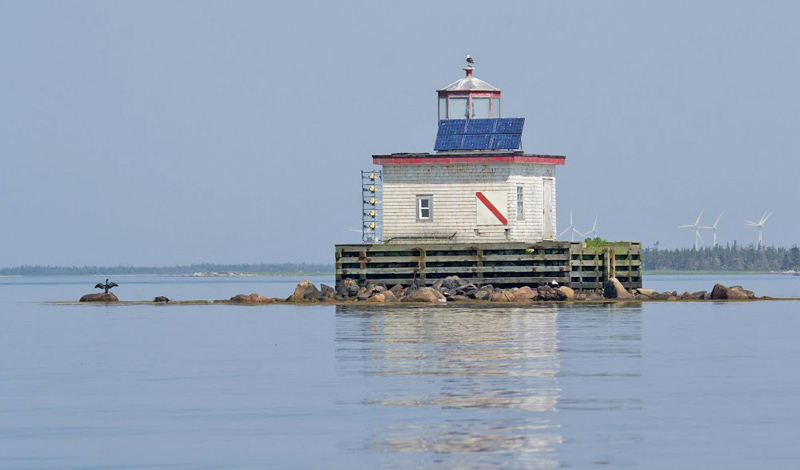 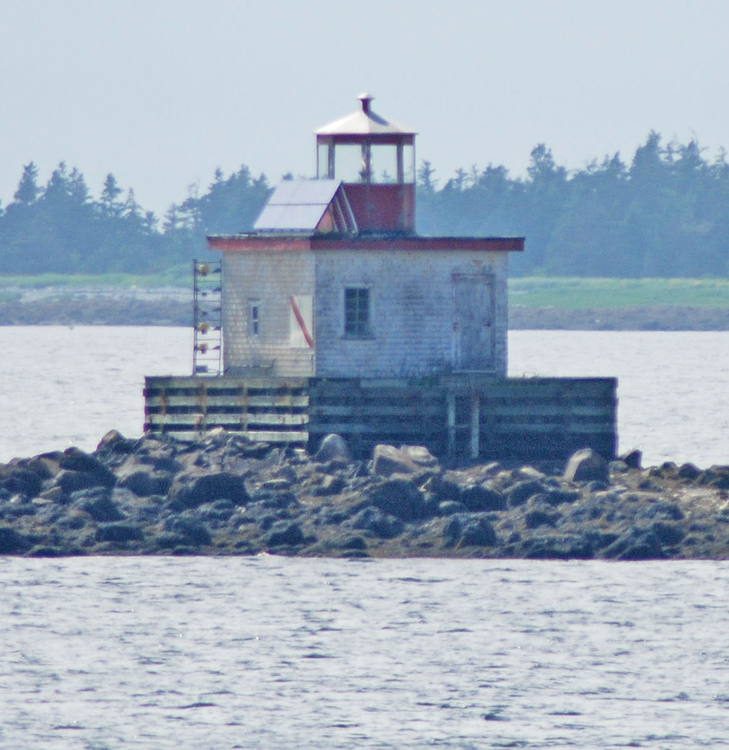 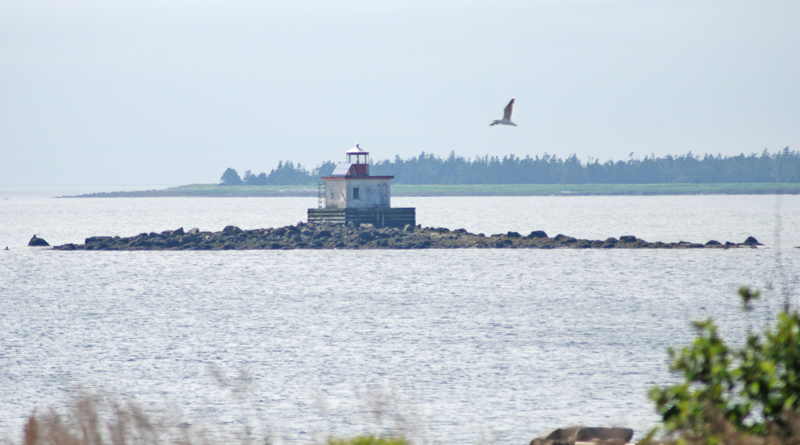 Woods Harbour Lighthouse was constructed to mark the dangerous Big Ledge, which is covered at high tide, and to mark the southern entrance to Cockerwit Passage between the Mutton Islands and the community of Lower Woods Harbour. The Department of Marine published the following information on the lighthouse in 1900:

A lighthouse erected on Big Ledge in Woods Harbour, Cockerwit Passage, in the county of Shelburne, was put in operation on September 1, 1900.

The light is a fixed red light elevated 27 feet above high-water mark, and should be visible 8 miles all around the horizon. The illuminating apparatus is dioptric of the seventh order.

The lighthouse is a square wooden building with sloping sides, painted white, surmounted by an octagonal iron lantern painted red, and stands upon a concrete pier built on the highest part of the ledge, which is covered at high water. The height of the tower from the pier to the vane on the lantern is 28 feet.

A hand fog horn, established at the light-station, is sounded in answer to signals from vessels.

This light was built by days labour, under the supervision of Mr. Amos McLellan, and cost $1,478.10. It has been found necessary to protect the foundation from the sea by a breakwater, which will also answer as a boat harbour. The work will be done during the coming season.

The first keeper of the lighthouse was James E. Goodwin, who was appointed on August 27, 1900. Goodwin served until April 1930, during which time his annual salary increased from $200 to $966.

The present lighthouse, which was built around 1963, is a white square tower topped with a red lantern room. It stands 6.3 meters tall and shows a flash of one second followed by an eclipse of five seconds. The lighthouse is easily visible from shore as it stands 800 meters from the wharf at Lower Woods Harbour.

For a larger map of Woods Harbour Lighthouse, click the lighthouse in the above map.

On Route 3 (Lighthouse Route) in Lower Wood Harbour, turn west onto New Wharf Road and continue to the wharf. The light is visible straight ahead, 800 meters offshore from the wharf.